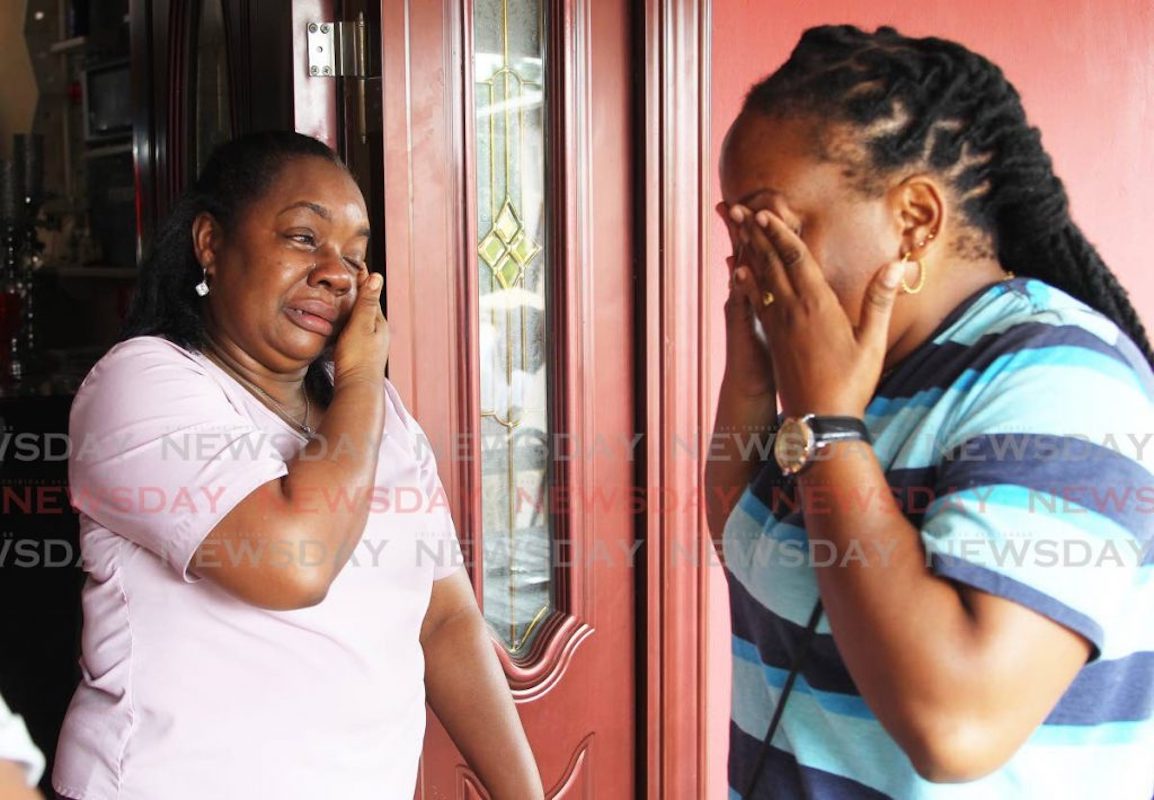 The tragic deaths of four young friends, among them national footballer Shahdon Winchester, have left the communities of Princes Town and Moruga heartbroken.

Winchester, Djenne Hills-Dyer, 28, Keston Nicholas, 22, and Michael Bradshaw, 21, died in the fiery crash on the southbound lane of the Solomon Hochoy Highway in Gasparillo on Thursday morning.

Winchester, who would have celebrated his 28th birthday on January 8, and Hill-Dyer, an entrepreneur, lived a short distance from each other at Buen Intento in Princes Town. Nicholas lived at Lengua Road, and Bradshaw at Third Company Road, both in Moruga.

In tears, Winchester’s mother Svetlana said he left home at about 9 pm on Wednesday to go to a games night with friends in Couva.

Moments earlier, at a family meeting, relatives had been discussing Christmas plans, including menus.

She recalled his last words before he drove off. "I want a cologne for my Christmas."

Only two months ago, he got engaged to the mother of his three-year-old daughter. They were planning to be married in October next year.

Surrounded by friends and family at their home, the bereaved mother said, "He was a sweet and loving child. He did not stay vex for long with anyone."

She recalled that about a year ago he returned home from playing international football.

"He was always travelling. Shahdon was glad to be back, because he said he missed a lot of birthdays, weddings and Christmases. About two days ago, people from Iceland and Honduras called him to play."

Winchester had played football since the age of seven. When he was ten, his father, Derek, died in a car crash in Arouca on his way home from work. Winchester's widowed mother cared for him and his two siblings on her own.

Police said at about 5.30 am on Thursday, Winchester was driving his white Nissan SUV when it skidded off the highway and crashed into an electricity pole.

On impact, power was disconnected. Heavy rain did not stop the car from bursting into flames. Fire and police officers later found the bodies trapped inside the wreck, burnt beyond recognition.

Hills-Dyer’s mother, La Toya Hills, was among the mourners who gathered at Winchester’s home. The grieving mothers embraced each other.

Winchester was the first victim to be identified. When Hills heard there was a female casualty, she immediately became worried.

Hills, the mother of two, said, "I know anywhere he goes, she goes. I just did not want to believe it and I did not have confirmation.

"She was my big baby. She was the first great-grand in the family."

Earlier in the morning, Hills had called out to her daughter by the window, assuming she was inside. When she did not get a response, she assumed Hills-Dyer had gone to work.

Hills-Dyer was the owner of a small business, I CEE Queen Treats of Lily. She was not married and did not have children.

The bereaved mother said, "She was an all-rounder, an entrepreneur. Shahdon was her best friend, her riding buddy."

At the home of Nicholas in Moruga, weeping relatives gathered to console one another.

He was the only child of his mother Paula Burton, 45.

She said on Wednesday night, he told her he was going out. Burton said she did not want him to go.

"So you can’t stay home and hang out with me?" she asked hoping he would change his mind.

She added, "He sat on my lap, rest his head on my chest and cuddled up like a baby. He kissed me on my face."

On Thursday morning, she got a call from one of his friends who wanted to know if he had returned home.

"I said no. Then, my cousin Christine called. All she said was, ‘Say it is not so.’

"When she told me that, I started to bawl one time. Both of us were bawling. When I tell the others, they too started.

"Keston was a favourite child."

No one was at home when Newsday visited Bradshaw’s relatives' home. But Burton said he was her sister Lucille Burton’s stepson.

As her twin sister Pauline consoled her, Burton said, "Keston and Michael were like brothers. There were really close."

The burnt wreck was taken to the Mon Repos police station. Southern Division police are investigating.

Funeral arrangements are being made.