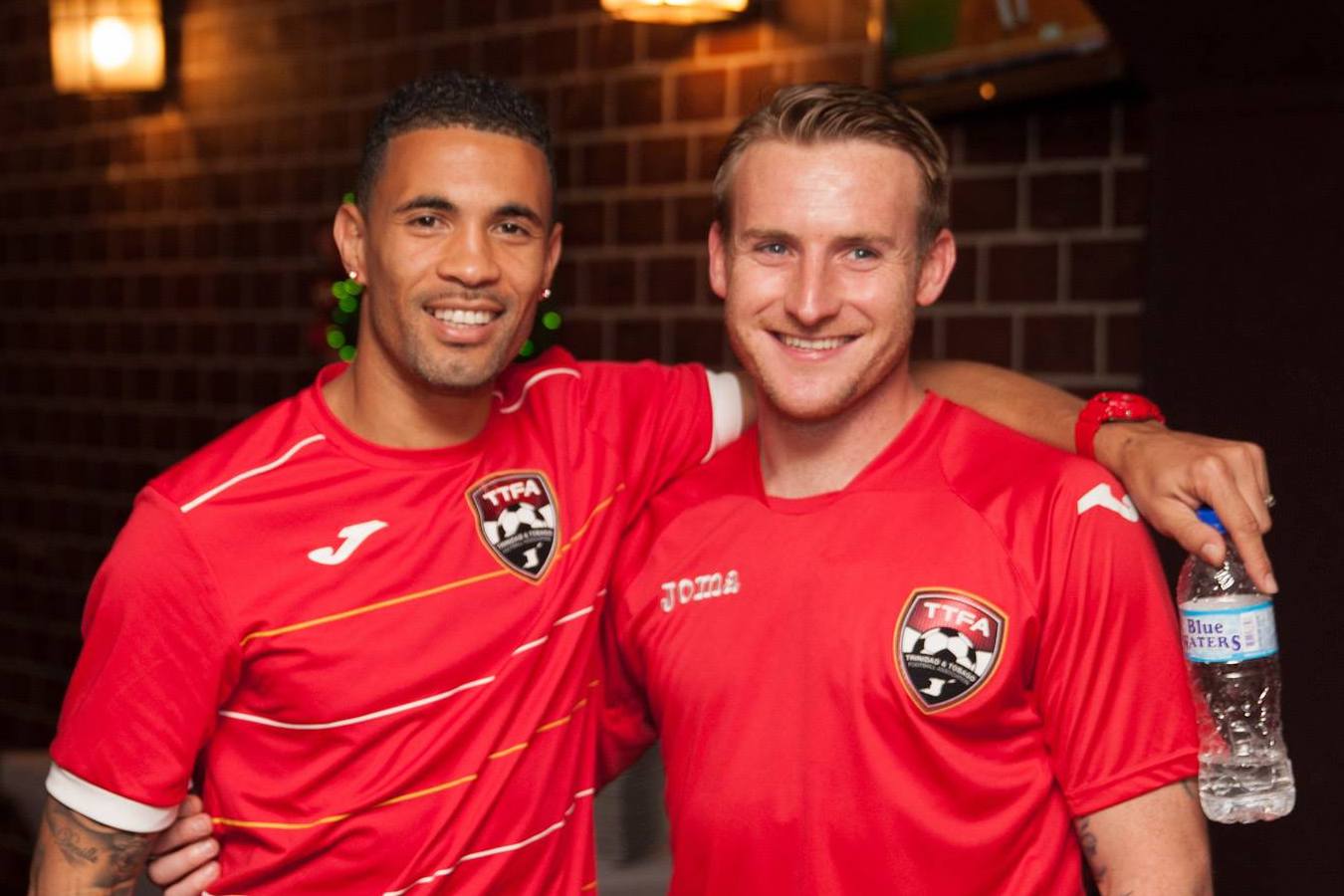 It’s October maybe the first week or so and I’m getting ready to fly out to meet up with the rest of the squad for the Panama and Mexico matches. There's a real buzz similar to   anytime the boys have to meet up for a trip back home. Usually we would ask the manager to try and get all of us who were based in the UK on the same flights back to Port of Spain or whichever country we would need to fly to if we were playing away. Sometimes a couple of us may play on the Sunday or Monday so that guy would have to fly on a separate day.

But this time there was a different feeling. There was a little bit of anxiety but at the same time it was an exciting period. We knew at his point, even though we lost the previous match away to Costa Rica, that two wins against Panama and Mexico would almost guarantee us a fourth place playoff and a spot in the playoffs. We were in good spirits because the last time the group got together we were able to beat Guatemala, Russell was back in the side and things felt right. We were now a more confident team. Even though we lost to Costa Rica, I thought we handled ourselves really well in that match and had competed strongly and were maybe unlucky to not come away with a draw at least.

So by the time we got the two wins over Panama and Mexico, we took a little bit of the momentum into the Bahrain games. I don’t need to tell you how crazy it was playing at home in the first match and when I look back at it I think it worked out in our favour to play the second match away because all the pressure of playing at home and the distractions maybe would have been a problem.

And I think it was in that first leg because we didn’t particularly play well. But the confidence and belief we got from the win over Mexico was still there and we took it with us on the plane to Bahrain. We know it was now or nothing.  Bahrain got the away goal but we still had faith in ourselves and we knew what we were capable of. It was one of those experiences where we went in there with all guns blazing.

I'll go back to the first morning at the hotel in Bahrain after we arrived the night before. The contingent was huge because not only did the charter have the players and staff to the front of the plane but the President Max Richards and a bunch of TTFF officials and supporters had come on the trip to support the team. Even the Woodbrook Playboys Steelband was somewhere down in the back of the plane. We were in a separate hotel and the rest of the crew stayed at another place.

Beenhakker had this thing instilled in us where we always had to be responsible for our teammates. So you are rooming with someone else and he is like your family member.  That’s  who you are living with and you need to look out for him. It’s the same thing on the field.  You should know his whereabouts, what he’s up to especially for that critical moment or when a question comes your way. You don’t really want to leave anyone behind. It’s either you go down together or you don’t go at all.  It could not be a situation of one man taking the fall while the other is trying to brakes.

So on the first morning it was just one of those unfortunate situations at breakfast with Chris Birchall. Chris was mocking about as usual haha. But I could not leave him and come downstairs to the breakfast room. As the senior player here I had to take responsibility. I took it on the chin and I apologized afterwards.

Obviously in that moment I’m walking in with Chris and the place is dead silent and Beenhakker is there very cool waiting on us. He would put everything on hold until we were all together. All the players are sitting at their tables and no one had gone to be served.  And this made it even worst to go through something like that because obviously you are walking in and the entire squad and staff is there knowing you are responsible for the late start to breakfast because you’re late. But it was his way of making us all accountable to each other and responsible for what took place.

Yes Beenhakker was upset and obviously I was upset but at the same time you don’t want to leave your man behind and I wasn’t going to leave Chris. At the end of the day he was somebody I was going to be fighting the battle with on the pitch. He was the baby in the squad but he was one of the lads who would have your back out there.  It was funny looking back now because we didn’t know what to expect from the head coach at the time. You had to show him that respect and demonstrate that you understood the meaning of team.

I had a chat with Beenhakker privately after breakfast and he understood what happened. He knew very well what the possibilities were. We had just come from a long flight, guys were tired and adjusting to the time difference but he knew what he was doing. He was always a step ahead and doing what he believed was best for the team. When you look back now after the fact that we qualified for the World Cup, who can really question him?

The thing is he had to set the right examples. He just didn’t do these things to me. He did it to Dwight, to Stern, all the senior boys. He never allowed anyone to think that because you have a name that you were going to get away with certain things. It was a level playing field with Beenhakker and there was no exception for me, Chris, Russell, Stern, Dwight or whoever else.

I still get chills down my spines when I recall these moments especially when you sit back and reflect on the fact that we won the game in Bahrain and qualified for the World Cup. Everything we went through as team led to us achieving what some felt was impossible at the time. There’s no other way I would have it.

This is just the first part of a series I’m writing and you can read a bit more of my journey on pushing limits.net. I hope it gives you a good perspective and makes good reading.

Until next Time
Carlos

Carlos Edwards played in all three matches at the 2006 World Cup Finals. He made 97 appearances for Trinidad and Tobago. He played professionally for Defence Force and in the United Kingdom for Wrexham, Luton Town, Sunderland, Ipswich Town, Millwall, Wolverhampton Wanderers. He had a stint with Central FC in T&T coming down to the end of his playing career.