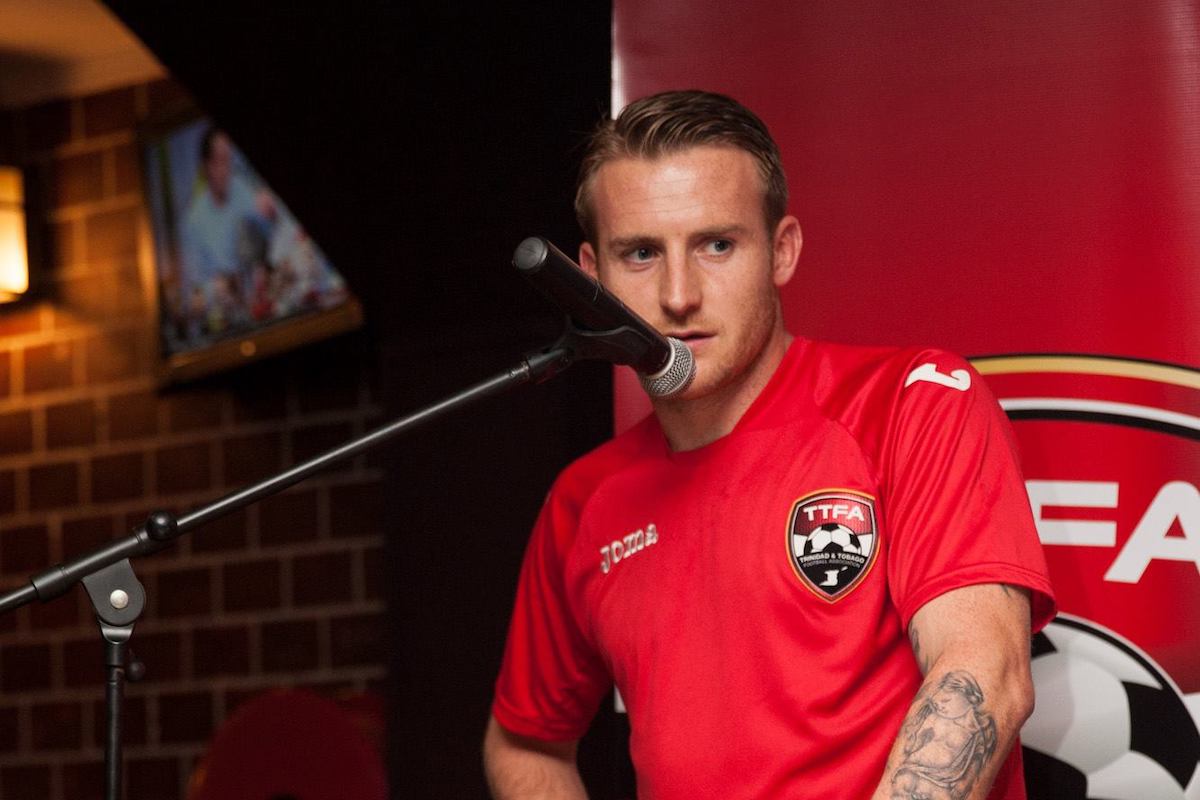 T&T’s 2006 World Cup footballer Chris Birchall has distanced himself from national coach Terry Fenwick’s comments that he is helping to expand the player pool for this country’s senior men’s football team.

Speaking to the media at the reopening of the Police Barracks Grounds in St James on May 8, Fenwick said, “I also have to mention former national players Jason Scotland who is based in Scotland, Andre Boucaud in London and Christopher Birchall. They were all attached to the national team for a long time and now they are helping to widen the pool of players for T&T and doing their part in helping us out.”

However, in an interview with Andre Baptiste on his Isports programme, the former midfielder dissociated himself from those reports.

He said, “There was an article that came out in the Guardian that I was helping to find 'Trini' blood abroad which I can categorically say to you now that wasn’t the case. I have had no contact with Trinidad whatsoever. I wish Terry [Fenwick] all the luck in the world, but I haven’t spoken to him. I haven’t spoken to anyone about finding 'Trini' roots abroad.”

Birchall went on to say it is something he “would love to do” as it's disappointing to see the state of T&T football 15 years after the country qualified for its first and only FIFA World Cup.

The former T&T footballer, who played 44 times for the national team scoring four goals said, “There hasn’t really been a lower point than what there is now. Dennis [Lawrence] leaving, obviously, Terry Fenwick taking over and I wish him all the best but it’s just that building process again and it’s frustrating to know that a team that qualified for the World Cup, the best competition in the world, is now at rock bottom.”

Having plied his trade in club football in both the United States and the United Kingdom, Birchall has seen both the best and worst of T&T football. He believes the departure of several key players from the national team in the aftermath of the 2006 World Cup led to the downfall of the T&T senior men’s team. However, the biggest loss, Birchall believes, was former head coach Leo Beenhakker.

“Once the World Cup ended, Leo Beenhakker left, which is the best coach I have ever had in my life. He got the best out of me and got the best of the team. He knew exactly what an opposition was going to do before a game. Then he left and it was like, ‘well what happens now? It was like the whole nucleus of the team left straightaway,” Birchall said.

Before the pandemic, the 36-year-old was trying to set-up a football school which has since been delayed because of the coronavirus outbreak. He says he wants to teach young players the game and give back to the sport. He admitted nearing the end of his career he fell out of love with the game but since his playing days have ended, he has missed the action on the field.