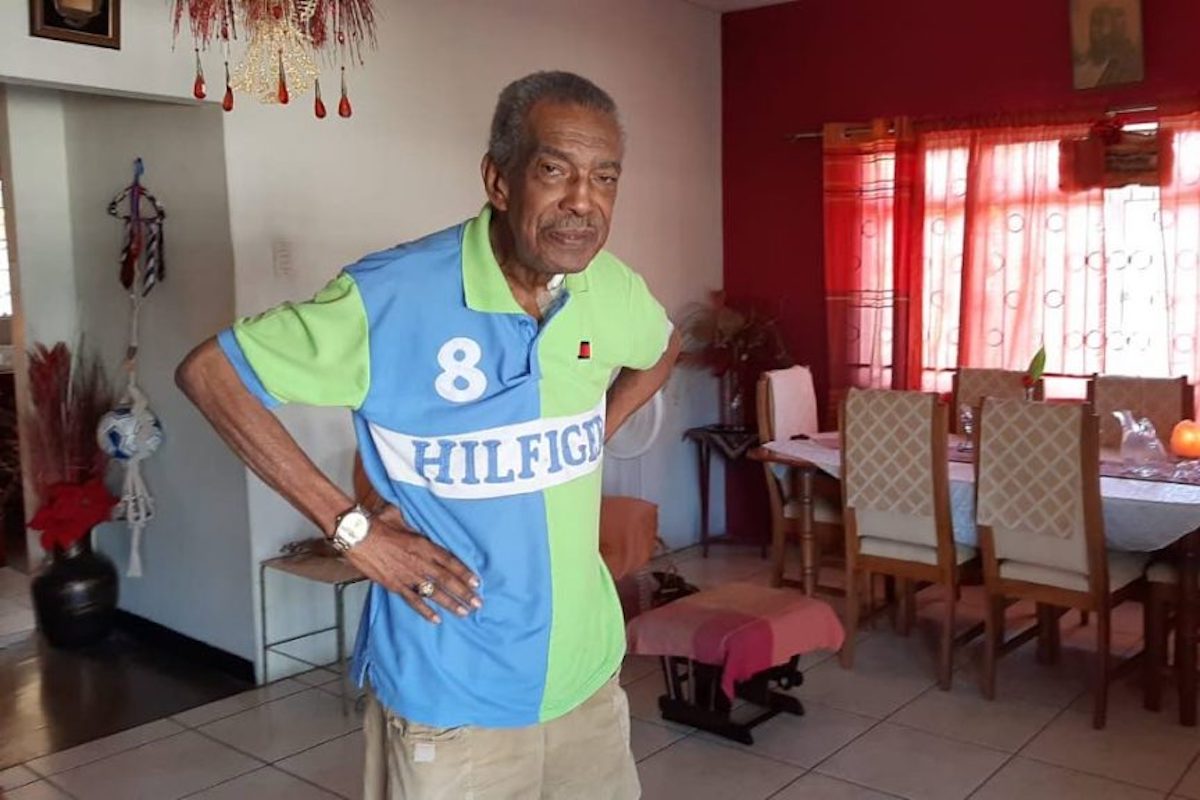 FORMER national football captain Sedley Joseph, 80, has died. Joseph was remembered as one of this country’s best leaders on the football field, a father figure and a cool customer.

The T&T Sports Hall of Famer and former midfielder and defender died on Monday. Joseph, who was a football commentator after his playing days, represented the national team in the 1960s among the likes of Alvin Corneal and Gally Cummings.

Joseph, a former St Mary’s College student, earned the Hummingbird Medal Gold for his service to sport in 2005 and was inducted into T&T’s Sports Hall of Fame in 1985.

Apart from sharing the field, Corneal said he and Joseph, who grew up on Observatory Street, Port of Spain, shared a close relationship and Joseph was his best man at his wedding.

Corneal said Joseph’s health had fallen over the last few years. Corneal said, “Sedley has been much more than just a former player or a former captain. We were friends from the time we were in our teens. He was going to St Mary’s (College), I was going to Fatima (College).”

They were also teammates at Maple Football club. As captain of Maple, Joseph led the team to a successful run between 1960 and 1963 with a four-year sweep of the First Class League title.

He led Maple to the Port of Spain League title on seven occasions during his ten-year tenure as captain.

“During that period of that time over the years, it had become more than just fellow players of a club. We always took an interest in each other in things that happened in our lives all the time.”

Joseph, a former customs officer and pan enthusiast, was the T&T Footballer of the Year in 1967. “He always acted, not only as a captain by giving orders, but a captain persuading people to do things that were right,” Corneal said of his leadership qualities.

“That type of leadership does not come about very often and I say without any degree of doubt that Sedley was the best leader, football captain, that this country has ever seen. There is no doubt about it and I am sure his memories from everybody it will remain in that sort of category as a leader, a friend and a tremendous footballer.” Corneal said Joseph was one of the best passers in football and a calm person.

Former national captain Clayton Morris said Joseph was always willing to guide him. “He would call me aside and give me little pointers...I had the privilege to play under him as manager of the national senior football team, that was 1991.

“I would always remember him for his honesty in how he would sum up a game and anybody performance individually.” Morris, who shared the love of pan with Joseph, said, “I want to thank him and his family too for giving him to TT (and) for what he was able to do both on and off the field because even when he finished playing, he did commentary and he was always there in the Secondary Schools (League) and making his contribution from that level.”

Former T&T midfielder Angus Eve described Joseph as “one of our great captains.”

Eve, a member of the 1991 Under-20 Fifa World Youth Championship national team, said he remembers when Joseph was invited by their coach Bertille St Clair to give some words of encouragement.

“He gave us a couple motivational talks at that time...because coach Bertille had that type of respect for the man...it was very inspirational for us and he played a major part in us going to that World Cup with his words and motivation.” Eve said he was a gentleman and man of integrity.

“The TTFA extends deepest condolences to the family of Sedley Joseph following his passing earlier today (Monday) at the age of 80.”

The TTFA remembered Joseph as “captaining the national team during a successful era in which time the country secured a bronze medal at the 1967 Pan American Games.”

“Thank you Sedley Joseph for your years of service and dedication to the sport and to our country. You will be missed. May your soul rest in peace,” the TTFA release said.

The TTFA release said Joseph lived a life that people could admire. “There are many values that local sports personalities and fellow Trinbagonians can learn from this legend. He worked hard to get success and he was true to his beliefs and virtues. And most importantly, his character, both on and off the field of play was exemplary. He has simply left behind a legacy worth emulating.”