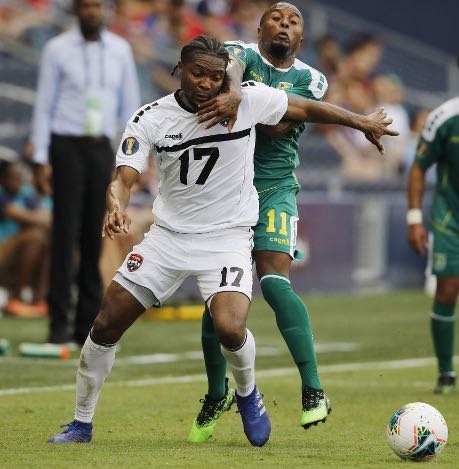 T&T's senior football team did not have the ideal preparations it wanted, but the players should have what it takes to get a positive result against Guyana in their opening World Cup Qualifying match in the Dominican Republic on Thursday, said Jeremy Shortt, a former national footballer.

Shortt, a multitalented player who represented Queen's Royal College (QRC) in the Secondary Schools Football League before moving to the various youth teams, as well as the senior team in the 1990s, said despite the rift in the T&T camp which threatened to derail the team's performance, they will get the edge on the Guyanese based on their talent.

"I just don't think we are prepared to go into qualifying right now as a team. With clubs not releasing players, that didn't help, with the rift we're hearing within the team camp, that doesn't help either. I would say the positive side of it is, in following some of the other teams as well, not too many teams are prepared any way, so we might be on good footing. There is no real home advantage in this pandemic. I think from a talent point of view, knowing some of the players from Guyana and the preparation they had, that T&T has a headway in this game and should come out of this game with a win."

Shortt, an attacking, who is now a highly qualified coach in the United States with the International Football Club (IFC), told Guardian Media Sports on Monday that while he does not know too much about Group F contender Bahamas, he believes the country's biggest threat will come from Puerto Rico, who recently recruited the services of former US national coach Dave Sarachan for the qualifiers.

"Puerto Rico just hired Dave Sarachan. I had the opportunity to meet and have a few sessions under him at Chicago Fire. Just as we said with preparation, he has had only 12 days to work with Puerto Rico, but he is very good at what he does. So he is definitely going to be implementing some differences for Puerto Rico and they could be a very tricky hurdle for T&T."

The Puerto Ricans will be T&T's next match on March 28, which is three days after the Guyana clash. The other two teams in the group are Bahamas and St Kitts/Nevis.

Coach Terry Fenwick and his men will have to win the group to move on in the qualifiers, where they will meet the winner of Group A, which features the likes of El Salvador, Antigua and Barbuda, Grenada, Montserrat, and the US Virgin Islands.

Shortt, a native of La Horquetta, said with the few overseas-based players, meshing with the young, inexperienced players in the T&T team, we will get over the first hurdle.

Shortt said he is expecting the Guyanese to sit back and play on the counter-attack come Thursday.