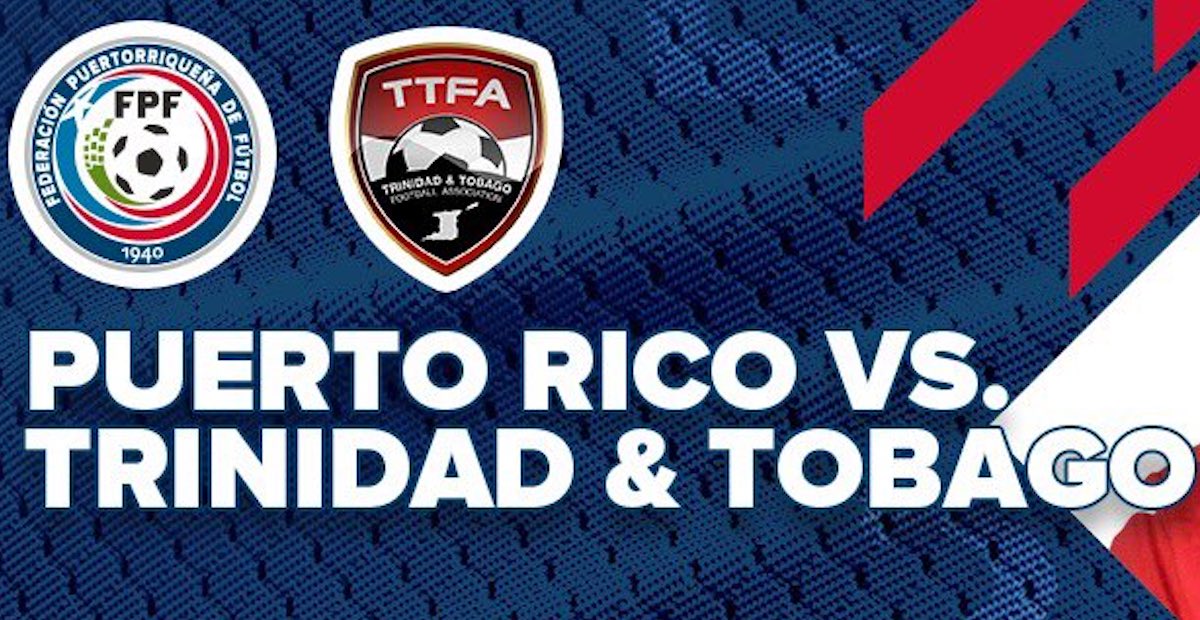 Just as footballers are urged to win their 1 v 1 duels, the ideal scenario for each team participating in the current phase of CONCACAF World Cup qualifying is to defeat each opponent. Achieving victory in each encounter is the surest formula for progression to the next qualification stage and to avoid the heartache of not advancing based on goals scored or goals conceded calculations. Therefore, in marching one step closer to Qatar, it is of utmost importance for the Trinidad and Tobago men’s national team to preserve destiny in its hands and free itself of any reliance on the performance of rival teams.

Despite the element of rust that has impacted the cohesiveness of play - in part attributable to consequences of the pandemic - national teams at this stage of the World Cup qualifying process do not have an excessive luxury of growing into matches, or of not imposing themselves on matches, when an opponent’s vulnerabilities are evident. Indeed, the present playing reality may probe questions of game management and physiological loading to a greater degree, for many players, than under non-COVID conditions. The strategy of sealing match outcomes effectively and quickly is a tool that teams from the United States historically have exploited to their advantage when competing against teams from the Caribbean Basin. The Soca Warriors outing against Guyana endorsed the benefits of scoring multiple goals as insulation from playing errors and against the failure to sufficiently generate threatening collective movement or to stimulate coherent circulations of the ball. As evidenced in the match, negative psychological effects from the state of the scoreline also emerged within both teams.

Matters are delicately poised with St. Kitts and Nevis having launched a frontal challenge to the Soca Warriors through adequately responding to its competitive assignments. It is imperative that Trinidad and Tobago be clinical in its approach to resolving match outcomes. The mentality and playing approach that is applied to the present round of matches must be ingrained now because the national teams that are positioned and waiting in the Third Round of qualifying are presently engaged in higher order assignments aimed at fortifying their psychological, physical and tactical resources as collective units. Honduras has used the international calendar to venture to Europe. Following an opening draw with Belarus (1-1), the Hondurans confronted Greece (1-2). Costa Rica and Mexico, who will face each other midweek on their second match day, also elected European opposition for their initial engagements. Costa Rica challenged Bosnia and Herzegovina (0-0), while Mexico suffered against Wales (0-1). The United States and Jamaica reversed the order by playing each other (4-1) before the United States tackled its European rival. The Americans defeated Northern Ireland (2-1).

The lowest stationed of the European opposition was Belarus, ranked in the low 80s. With the exception of Top 20 ranked Wales, all of the other teams are Top 60 performers. Although there is an intermediate round of play between the present qualifying phase and the octogonal round-robin final stage that has replaced the traditional hexagonal tournament, and despite there being a couple matches before the winners of the current phase emerge, it is critical to understand that the method in which the Trinidad and Tobago national team approaches current matches is also a function of what the regional teams it aims to join in the Third Round are doing. Otherwise, actually waiting until qualifying progression occurs is an impediment in itself. Inherently, the tension is that of purposefully taking each present match in stride while balancing it with measured forward-thinking, scientific and logistical resources targeted to narrowing the competitive gap and neutralizing advantages possessed by the teams in the proximate rounds. Understandably, some may suggest that thinking ahead is dangerous but it is actually no more dangerous than walking and chewing gum at the same time. Also, the danger is not one of being anticipatory. The actual danger would be thinking beyond the conceivable, not within it. Progression to the next phase is conceivable. In addition, the danger is no more dangerous than walking and chewing gum because, fundamentally, the personnel the process should trigger are not immediately the players themselves but those within the federation’s institutional framework.

An anticipatory thought process is is also critical because Trinidad and Tobago’s coming engagements on the official FIFA calendar will be tied to World Cup qualifying encounters and not to carefully chosen opponents as is the case of the already placed Third Round teams. Put simply, the other national teams are out of the starting blocks and have glimpses of the finish line. Consequently, the mentality of the Soca Warriors must be one of serious application and of not cuddling teams that should be dispatched to the boundary. And, the surrounding institutional architecture needs to shift from reaction to proaction and consistent player-centered decision-making.

In defeating Puerto Rico, St. Kitts and Nevis maintained its record of never having lost to Puerto Rico. On this match date, it is the duty of the Soca Warriors to do the same. No Trinidad and Tobago senior men’s national team has ever lost to Puerto Rico. Puerto Rico holds a winning record against a mere eight of the 39 opponents it has faced (Anguilla, the Bahamas, Barbados, Bermuda, the Cayman Islands, St. Lucia and the Dutch and French components of the island of St. Martin). The Soca Warriors are tasked with conquering and dispatching Puerto Rico with minimum fanfare, undue delay and maximum effort. The mission demands doing fundamental tasks efficiently and executing more complex responsibilities with the requisite levels of concentration and effectiveness. Aside from being inferior on the night, Guyana offered Trinidad and Tobago a reminder of the pitfalls of indecision and poor concentration.

A word of caution is necessary. Despite its overwhelmingly undistinguished record, of its 39 opponents Puerto Rico has scored goals against all of the opposition barring four nations (Belize, Canada, Costa Rica and Indonesia). Conversely, a mere five teams have been unable to score against Puerto Rico (Indonesia, Sint Maarten, the Cayman Islands, St. Lucia and Saint-Martin). Of those five teams, the Blue Hurricane have beaten three of them consistently, been held to a goal less tie once (Indonesia) and been victorious in the remaining  one-off match (Sint Maarten). However, also notable is that Puerto Rico has scored against Colombia, El Salvador, Guatemala, Haiti, Honduras, Jamaica, Panama, Spain, the United States and Trinidad and Tobago.

The historical data remain relevant despite the past being the past. While matches are played on the day, ask players or officials from any elite national team set-up whether legacy matters. The best nations intertwine legacy with expectation and the DNA of their playing culture. For them legacy matters. Indeed, under its youthful president, Ivan Rivera, legacy is what the Puerto Rican football federation is ambitiously and strategically seeking to jettison. Rivera has been in the hot seat since 2019, when he assumed office at the age of 29. His signing of former US national team assistant coach Dave Sarachan is billed as a step in that process. However, Sarachan, only signed a month ago, has not had an extended period of time to invoke radical and profound transformations. Nonetheless, it is appreciated that Sarachan is seeking measured,  gradual and tangible change rather than immediate cosmetics.

For much of his career Sarachan’s coaching product has been synonymous, or intersected, with former United States national team coach, Bruce Arena. They initially met at Cornell University. While Sarachan has held head coaching roles in his own right, his biography and affiliation with Arena has automatically projected onto the impending battle versus Puerto Rico. Aside from defensive organization, what Sarachan presents to the Trinidad and Tobago technical staff is a swifter challenge at identifying areas of vulnerabilities and strengths as the match progresses and greater immediacy at attempted resolution, than did his Guyanese counterpart. Whether the assembled arsenal of Puerto Rican players are talented enough to be individually or collectively responsive to what is identified is part of the challenge this evening. However, those inherent challenges also pose questions for the Soca Warrior camp. As such, it provides another supporting reason for Trinidad and Tobago to avoid being on the back foot.

Even when rival teams are faced with an opponent in common, there are no two football matches that are identical. As such, rendering conclusions from Puerto Rico’s opening match loss against St. Kitts and Nevis has inherent limitations. Nevertheless, extracting information from that match does hold a measure of utility.

Sarachan’s view of the encounter versus St. Kitts and Nevis indicates that he was satisfied with the degree to which his team possessed the ball, particularly during the first half, but less satisfied by the quality of the passing relationships and combination play exhibited in the second 45 minute spell. Although observing that St. Kitts and Nevis presented defensive challenges, Sarachan noted that Puerto Rico carved out and squandered scoring opportunities. Consequently, what approaches to the match are key for Trinidad and Tobago?

It is incumbent on the Soca Warriors to dominate possession and to manage the ball and dictate the tempo of the game. Against this opponent, there is insufficient reason to adopt a counter-attacking posture unless a counter-attacking moment arises organically through the development of play. Insisting, threatening and running at Puerto Rico consistently is a commendable ingredient. Of course, the Soca Warriors should be deployed in a format that lends itself to nullifying rapid transitions by Puerto Rico and that also proposes multiple potential points of attack, rather than a singular focal point of the attack. Naturally, the spacing arrangement the Soca Warriors exhibited against Guyana has to improve.

The importance of the Warriors being persistent and insisting can not be overemphasized. As the adage goes, you miss 100 per cent of the shots you do not take. Puerto Rico appreciates where the imbalances between the teams lie and that opportunistic play offers them a gateway to bringing the ball back to the center circle. But, they also believe that structured approaches to goal could be productive. However, the key data point of relevance to Trinidad and Tobago is that in Sarachan’s post-match assessment St. Kitts and Nevis did not present a concerted threat to the Puerto Rican goal. He considered a defensive error by his team costly, rather than penetrating actions by the Kittitians and Nevisians. The error marked the difference between Puerto Rico safeguarding a point and St. Kitts and Nevis gaining three points. Trinbagonians know that scenario all too well. Persistence and insistence should overcome Puerto Rico’s resistance.

Coach Sarachan’s team is young - so young that when interviewed on Puerto Rican radio, he remarked that he was struck by their youth during in-person interaction, despite being aware of their ages prior to arriving in Puerto Rico. It will not be surprising if maintaining poise is a factor relevant to the outcome of the match. The youthful team has players with attacking instincts and others who are said to be committed to running hard. What Sarachan brings to the table is the ability to influence his team’s extension of energy by channeling their running and attacking instincts within an organized framework. It is understood that changes to the Starting XI that faced St. Kitts and Nevis are probable due to discomfort and injury and influenced by Puerto Rico’s tactical vision of what Trinidad and Tobago will propose.