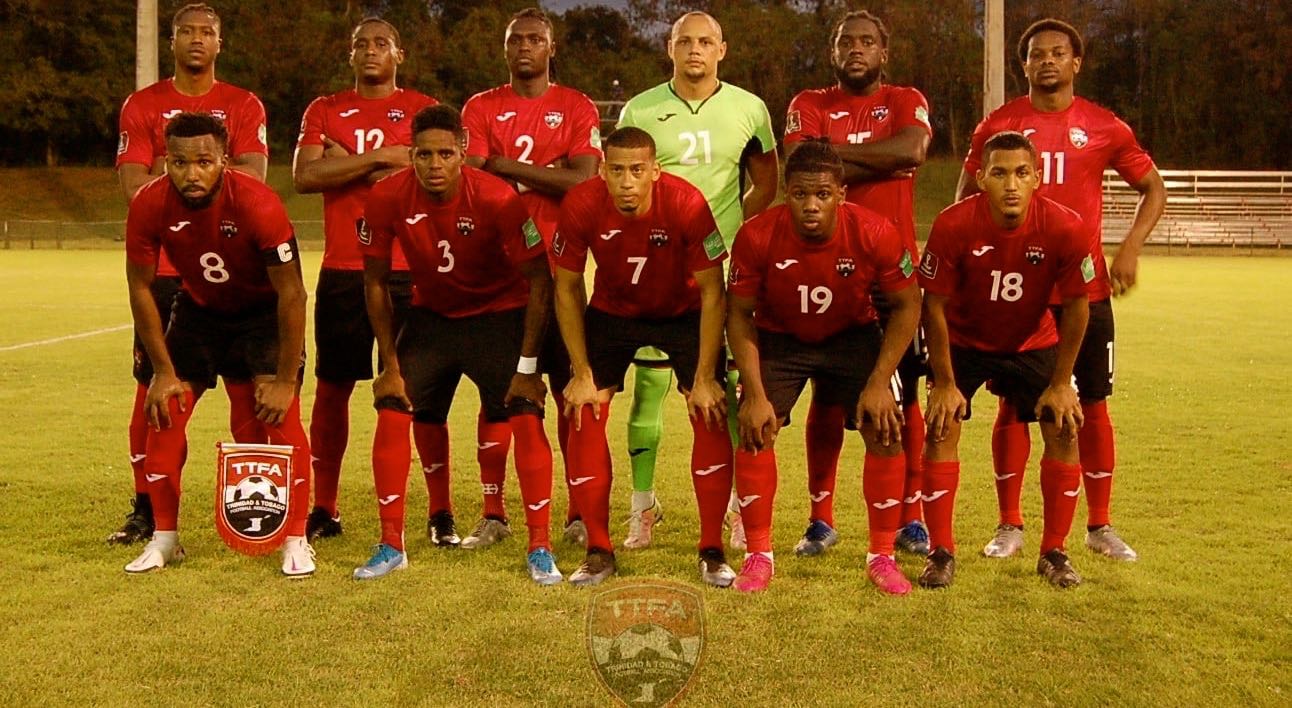 T&T Soca Warriors remained at 103rd in the latest world rankings released by FIFA on Thursday.

The ranking for T&T, who had the highest ever ranking of 29th in the world in 2000 and a worse of 104 in 2019, represent points gained from their last 16 matches played inclusive of their 3-0 win over Guyana and a 1-1 draw with Puerto Rico last month in their opening two matches in their Qatar 2022 World Cup Concacaf Group stage qualifiers ahead of matches against the Bahamas on June 5, and St Kitts & Nevis on June 8.

T&T is also slated to face Montserrat in a Concacaf Gold Cup preliminary round encounter on July 2 ahead of the potential play-in match four days later, against the Cuba/French Guiana winner ahead of the Gold Cup main draw competition.

The ranking for T&T does not reflect the national team inactivity for almost the entire 2019 due to the coronavirus (COVID-19) pandemic but also includes in its first match of 2021, a 7-0 drubbing at the hands of the USA on January 31.

With matches to come against 201st ranked the Bahamas and St Kitts & Nevis, ranked 135th in their World Cup Qualifiers as well as a Concacaf Gold Cup Preliminary Round tie versus Montserrat, ranked 180th, there is a big chance for the Terry Fenwick-coached Soca Warriors to move back into the top ten of the Concacaf rankings as they currently sit at 11th best, behind Caribbean Football Union (CFU) nations Jamaica, Curacao and Haiti, who are ranked fourth, eighth and tenth, respectively.

Mexico remains Concacaf’s best team ranked 11th as they slipped down two places followed by the USA (20th) and Jamaica at 45th.

The Trinidad and Tobago Men’s National Senior Team remain 103rd in the world according to the latest Fifa rankings, which was updated yesterday.

The Soca Warriors are the 11th-best football nation in Concacaf and fourth in the Caribbean behind Jamaica (45), Curaçao (76) and Haiti (83).

The twin island republic have played three times in the past year and a half with returns of a 7-0 friendly defeat to the United States, a 3-0 World Cup qualifying win over Guyana and a 1-1 draw with Puerto Rico in the same competition—all under current coach Terry Fenwick, who inherited a team with one win from 17 matches under his predecessor, Dennis Lawrence.

Trinidad and Tobago were 49th in the world in December 2015, during the reign of coach Stephen Hart, but plummeted since. The collapse coincided with the tenure of former Trinidad and Tobago Football Association (TTFA) president David John-Williams, who was elected to office in November 2015 and oversaw the replacement of Hart with Tom Saintfiet and ultimately Dennis Lawrence.

The Warriors fell below 100 in 2019 and have stayed there ever since.

The Fifa rankings are largely ceremonial, however the United Kingdom Home Office uses it as one of several reference points in its determination of work permit applications by overseas footballers.

Concacaf also used the rankings to determine, controversially, which countries could skip the first two World Cup qualifying rounds. As a result, Mexico, the United States, Jamaica, Costa Rica and Honduras were exempted from the ongoing qualifiers.

At present, Trinidad and Tobago trail St Kitts and Nevis by two points in Group F and must win both outings against the Bahamas and the ‘Sugar Boyz’ in June to advance to the next phase.

St Kitts and Nevis are ranked 135th in the world and 14th in Concacaf while Guyana are 165th and 20th respectively. Puerto Rico are 178th in Fifa’s rankings and 25th from Concacaf’s 35 member nations while the Bahamas are 201st and 30th.