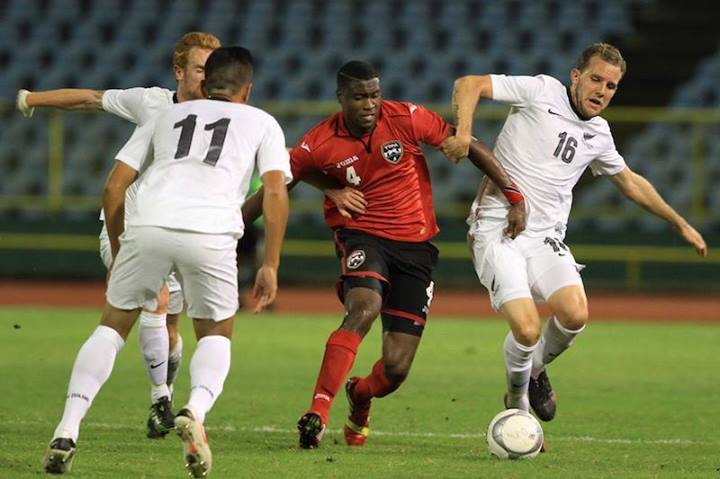 A timeframe of between 30 and 60 days has been given for payment of match fees for T&T players, following the recent FIFA World Cup Qualifying matches against Guyana and Puerto Rico on March 25 and March 28 respectively.

T&T defender Sheldon Bateau who plays for KV Mechelen in the Belgian First Division, revealed this amidst ongoing talks between players and coaches to foster better communication within the team, as well as ensure better play on the field. Guardian Media Sports was told that a meeting of the players and coaches was held recently to forge a way forward as a unit, as differences in team philosophies and coach instructions have posed a threat to the team.

Bateau, 30, who is considered a key asset to coach Terry Fenwick's unit said yesterday: "It's not a matter of how the team is playing, but rather the instructions from the coach, because as players we always want to have clear instructions, but it's not easy with the short space of time that we have. So it's nothing major to say that players are unhappy or anything like that."

"Any dissatisfaction we have, we will speak to the staff, it's nothing to put to the public or anything like that, it's just minor things everyone would have with different experiences and different philosophies from different clubs. So it was just minor stuff between players and coach.

We basically just spoke to the coaches before and after the games, on things we can basically improve on. Even yesterday, I made contact with the team doctor to get some feedback on how things went," Bateau explained.

The over-lapping defender who found the nets in the Soca Warriors' 3-0 triumph over Guyana in the Dominican Republic, believes a lot needs to be done if the country is to qualify for the World Cup in Qatar in 2022.

After a win 3-0 and a 1-1 tie against Puerto Rico last month, regional rivals St Kitts/Nevis leads the group (F) with an unblemished record of six points from two games.

T&T are in the second position on four points while the Guyanese are in third on three points. Only the winner of the group will advance to the second round of the qualifiers. T&T will next play the Bahamas on June 5 before a crucial meeting with St Kitts/Nevis three days later on June 8, expectedly at home in T&T.

Meanwhile, despite a promise of match fees before the games (Guyana and Puerto Rico) by the chairman of the FIFA-appointed Normalisation Committee Robert Hadad, the players are yet to receive their payments, Bateau, a graduate of Fatima College has admitted.

The talented defender said while they do not want to put too much pressure on the normalisation committee, they are hoping for payment soon. "We ain't get that as yet, but for the USA game, the players got their monies. So we're looking at a time frame of maybe 30 to 60 days for payment, but we don't want to be too hard on them because we know they have things to sort out, and they definitely understand the cry of the players also, from what we went through in the past," Bateau said.