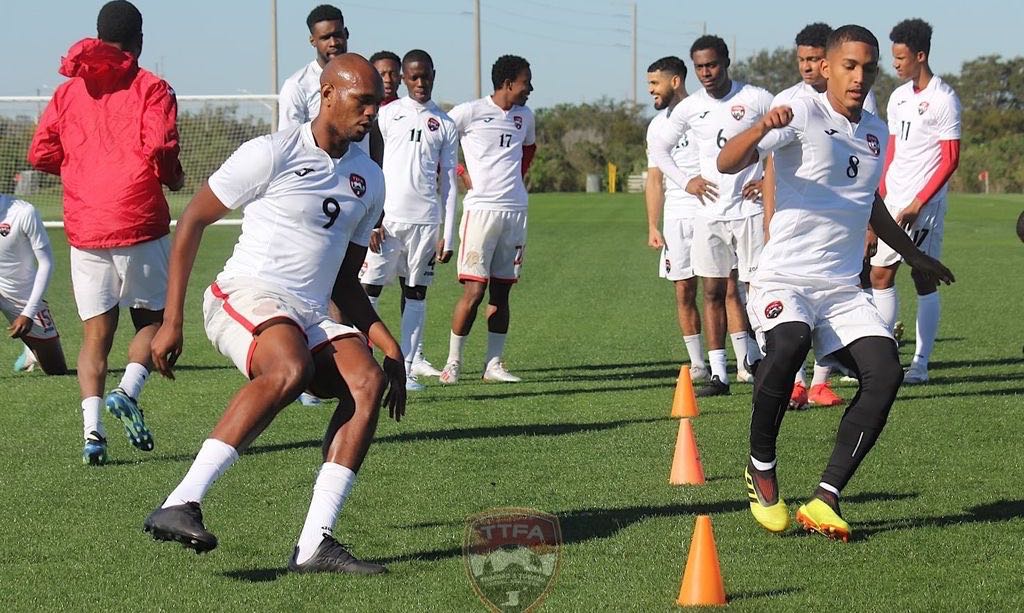 FORMER national footballer Reynold Carrington is tipped to become an assistant coach of the T&T men's team, under the guidance of interim coach Angus Eve.

In a post on her Facebook page, Point Fortin Mayor Saleema Thomas offered congratulations to Carrington, who is a Councillor in the electoral district of Newlands/Mahaica.

The post also indicated that former footballer Adaryll John, who is related to ex-World Cup wingback Avery John, is expected to be named as the team's trainer.

Carrington, aged 51, played as a midfielder before reverting to a defender in his latter years. He played for T&T between 1992 and 2003, and also represented Defence Force, Point Fortin Civic Centre and W Connection in the local leagues.

He also had stints in the United States and Indonesia before moving on to coaching, where he worked with W Connection youth teams, the national Under-15 and Under-17 squads, and Point Fortin Civic FC (2012-2015).

In related news, members of the 1989 Strike Squad, in a media release, have extended best wishes on Eve on his appointment, which began on Sunday and will run until August 31.

According to the media release, "We feel once more a science of connectivity, pride and patriotism having a local staff, mainly persons who served this country's football at all levels over the years.

"This feeling also brings to us the call for a Unified Trinidad and Tobago coaches minds, for the proper development and restoration of our football, from the ground up," the media release added.

THE FIFA-appointed normalisation committee plans to choose a selection panel to assist in their searches for national team coaches, including the men’s team coach.

Nicholas Gomez, a member of the normalisation committee, which deals with the day-to-day running of the TT Football Association (TTFA), said in a media conference on Monday, “It’s important we establish an appropriate criteria to make a determination, on the basis of which people assess the applications that come before us.

Gomez added, “The first thing that we will is actually develop a selection panel, to make sure we have an appropriate representation on that panel. Then we will develop the criteria, then we will share with the applicants the criteria that we would use to evaluate the applications.”

“Whilst the individual matches the criteria, the question becomes, can you afford the person? We would have to consider affordability, that is for sure.” Gomez pointed out on Monday that a reason for firing Terry Fenwick as T&T men’s coach was a lack of finances.