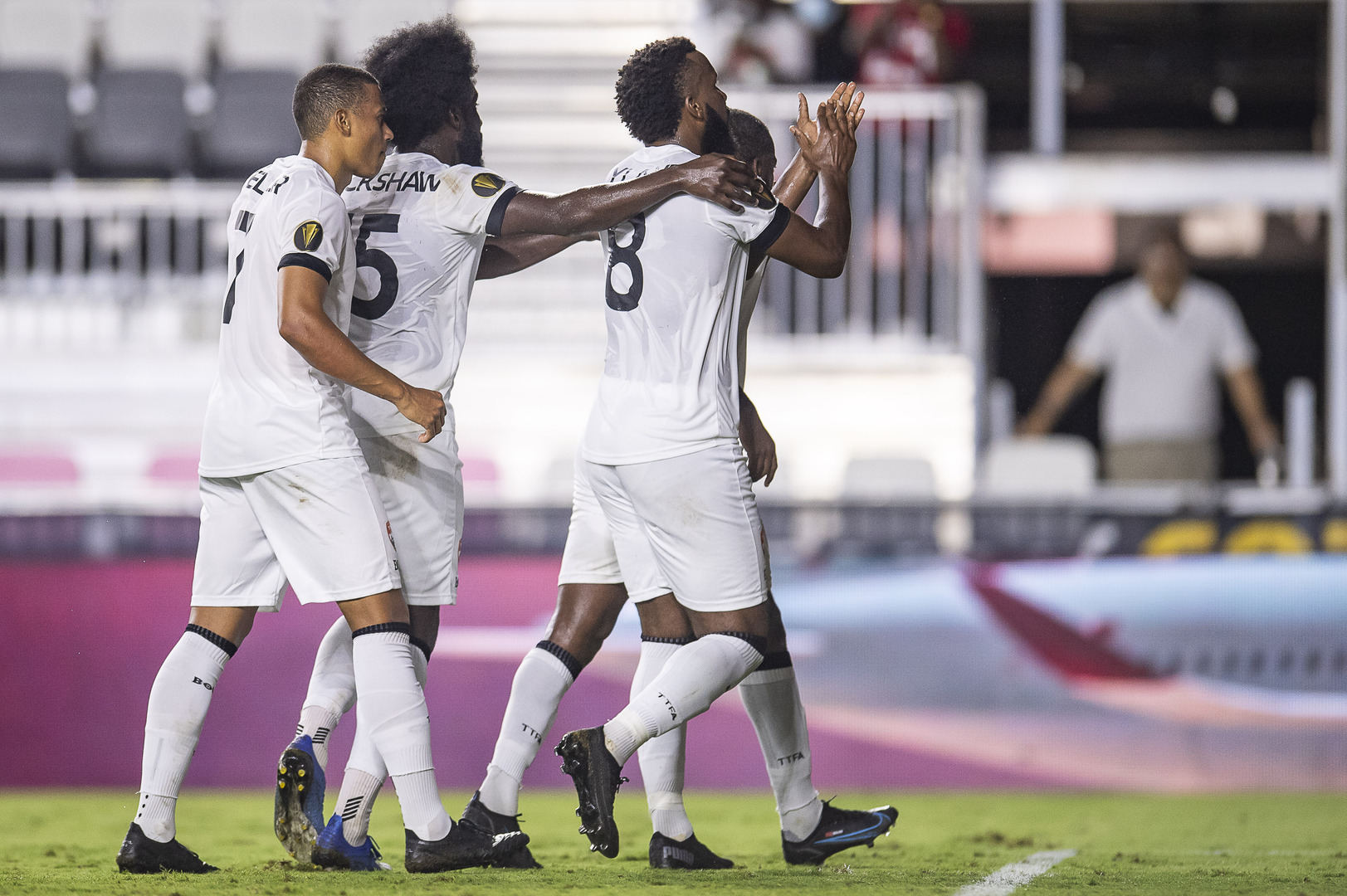 TRINIDAD AND TOBAGO got a pair from Reon Moore as they trounced Montserrat 6-1 on Friday night, in their Concacaf Gold Cup qualifier, at the DRV PNK Stadium in Fort Lauderdale, Florida, United States.

Ironically, the T&T team scored as much goals against Montserrat as they did in the five games under previous coach Terry Fenwick, who was fired in mid-June, after T&T's failed 2022 FIFA World Cup campaign.

Angus Eve, who made his T&T coaching debut against Montserrat – ranked 180 in the latest FIFA rankings (May 2021) – will now switch his attention to the Cuba-French Guiana tie, which is carded for 7 pm.
The winner of the Cuba-French Guiana contest will face T&T on July 6, for a spot in the group stage of the Gold Cup.

Friday's match began 45 minutes late owing to poor weather conditions at the venue, and it took TT 21 minutes to break the deadlock through Kevin Molino, who sent goalkeeper Corrin Brooks-Meade the wrong way (to his left) from the penalty spot.

Referee Bryan Lopez of Guatemala used VAR to award the spotkick, after defender Nathan Pond (one of ten English-born players on the Montserrat's starting lineup) caught T&T's Aubrey David in the mouth with a high right boot.

Striker Marcus Joseph, who was recalled by Eve after being discarded by Fenwick, got his name on the scoresheet in the 37th minute. Brooks-Meade's clearance was intercepted by T&T skipper Khaleem Hyland, who teed up Joseph who, in turn, saw a vacant net and delicately chipped his 40-metre left-footed effort over the goalie, who lost his footing in his attempt to protect his net.

Ryan Telfer got among the act, slotting his shot through Brooks-Meade's legs, in first half stoppage time, after he eluded defenders Joseph Taylor and Pond.

Montserrat pulled one back ten minutes into the second half, when captain Lyle Taylor headed home from close range, after T&T goalie Nicklas Frenderup tipped Spencer Weir's effot onto the crossbar.

But Judah Garcia netted T&T's fourth a minute later, collecting a long ball from the recalled centre-back Jelani Peters and finishing with a neatly-placed left-footed shot.

Moore, who replaced Joseph in the 67th (along with playmaker Duane Muckette) put the icing on the cake with two well-taken goals.

A minute after entering the field, Moore raced onto a ball from Muckette, left defender Dean Mason on his back with a left-footed cut-back, and lifted his right-footed shot over the advancing Brooks-Meade.

And, in the 82nd, Moore was again a recipient of a through ball from Muckette, as he skipped past Mason and guided his shot beyond the left of the hapless Montserrat keeper.