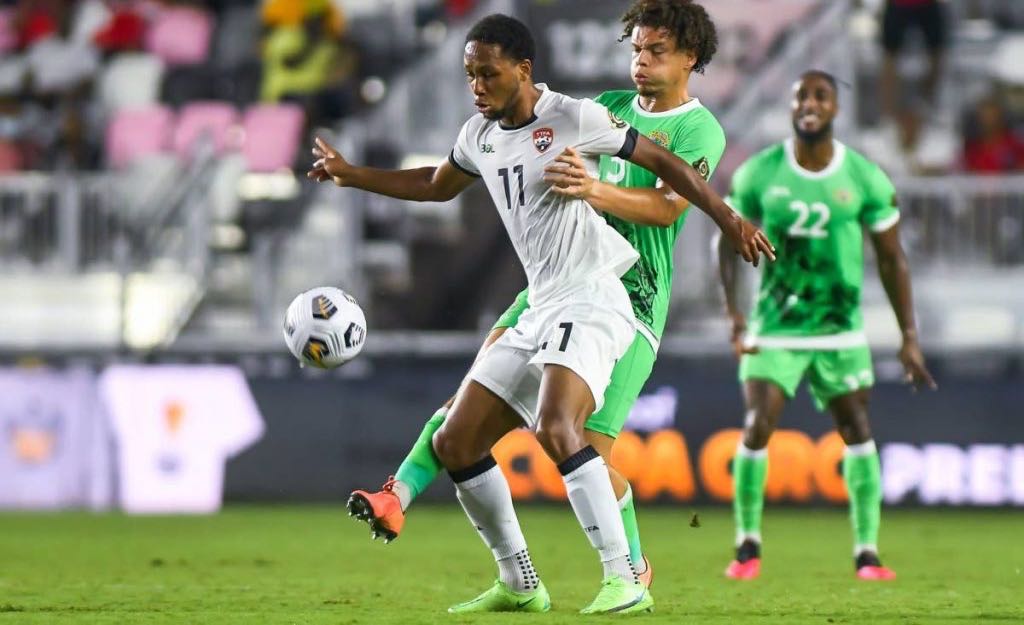 Levi, a 23-year-old winger based with Greece club AEK Athens, will miss the Gold Cup qualifiers as he is recovering from a hectic 2020-21 season, with both club and country.

During an interview on Monday, Levi was asked how he felt seeing Judah score his first international goal.

“Honestly, happy for him,” Levi replied. “I know how I felt (when I scored my debut international goal) and he’ll remember this moment forever.”

Judah collected a long ball from central defender Jelani Peters and hit a left-footed shot to the right of Montserrat goalkeeper Corrin Brooks-Meade.

The winners of Tuesday’s final Gold Cup qualifier, between T&T and French Guiana, will advance to Group A of the Gold Cup, alongside Mexico, El Salvador and Curacao.

Regarding the T&T team’s expectations at the Gold Cup, once they secure qualification, Levi said, “To go into every game wanting to win and see how far we can go.

“(The expectations) should be high I’m sure,” he added. “We need to make a name for ourselves again.”

Both Levi and Judah featured in the disastrous 2022 FIFA World Cup campaign, which saw T&T failing to progress past the first round Concacaf Zone Qualifiers.

As a result, Terry Fenwick was sacked as coach, with Angus Eve as his replacement (at an interim level, until August 31).

Asked if has met Eve since he took over as T&T coach, Levi responded, “No, not yet, but hopefully soon.” Looking ahead to the 2021-22 season with AEK Athens, Levi said, “(I) just want to be healthy, stay fit and everything else would be a bonus.”