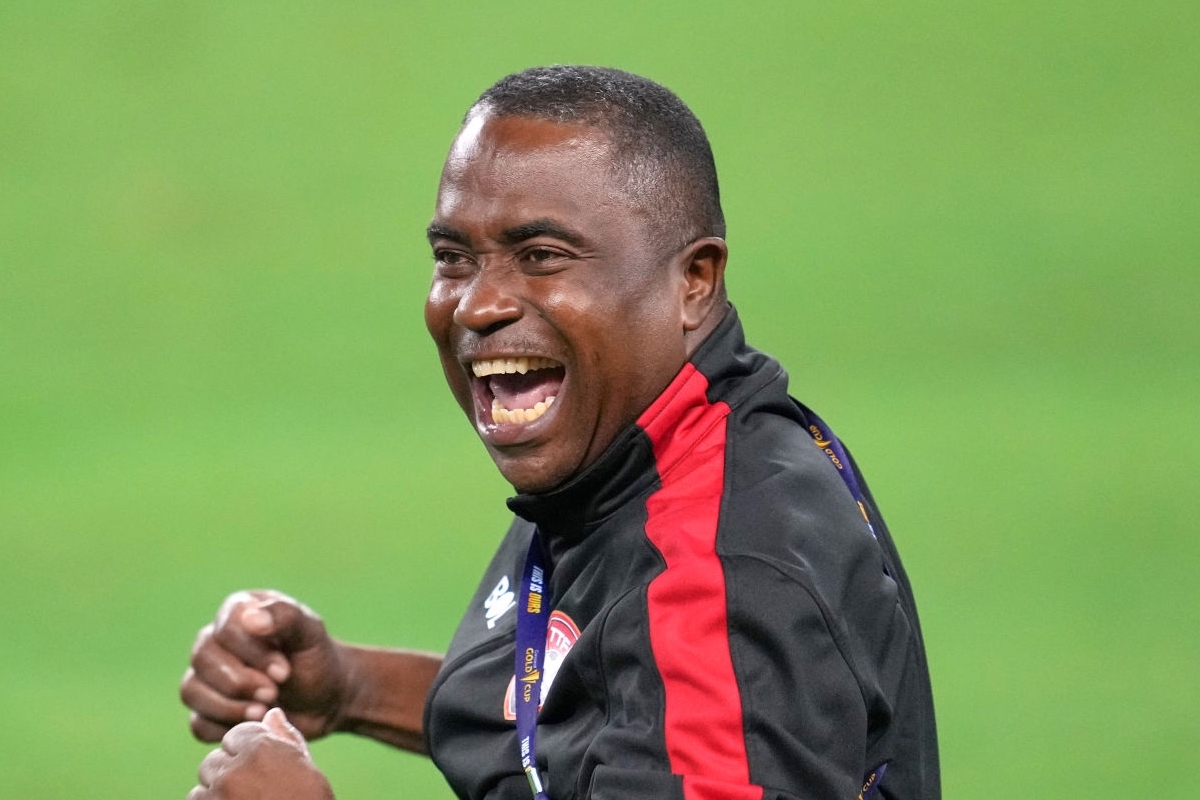 National coach Angus Eve, will either be rewarded for his work with the senior national football team at the CONCACAF Gold Cup and its qualifiers, or he will be denied an opportunity to continue coaching the team on a long-term basis.

This will be decided in September when a new coach is appointed by the FIFA-installed Normalisation Committee, being led by businessman Robert Hadad.

The TTFA has targeted August to invite members of the public to apply for the head coach position, and Eve, who led the country to wins against Montserrat and French Guiana in the Gold Cup Qualifiers, as well as two drawn matches to Mexico and Guatemala, and a loss to El Salvador in the group phase of the Gold Cup Tournament, is said to be the front runner for the job.

Jefferson George, interim president of the Unified Football Coaches of T&T told Guardian Media Sports yesterday that Eve has exceeded all expectations in charge of the T&T team at the Gold Cup which should automatically earn him the right to the T&T coaching job for the next few years.

However, another coach, Shawn Cooper, a former national youth coach believes Eve should not be judged or given the coaching job from his performance at the Gold Cup alone since it was not a show of his true potential.

Meanwhile, Cooper said: "He was given the mandate to get the team into the Gold Cup and he did so, which we weren't sure if we would have gotten under the former coach. So, in doing so, he did what he was asked to do.

Now, going into the Gold Cup, it's another competition where preparation would have been key, in terms of us progressing into the second round. So in a kind of way, it is unfair to judge him with a big stick.

It's an interim job and the time was not allotted to him to really do what he wanted to do. As Trinidadians, the expectation was up, seeing that he qualified for the Gold Cup, so everyone is expecting us now to go to the second round, but to go to that round it would mean that your preparation would have been one where you would have had a couple of months to work with the players and have them buy into what you want them to do. So all in all, he should be given a pass because that was a very difficult task."

Eve took over the coaching job from Englishman Terry Fenwick who was sacked in June after failing to advance past the first round of the FIFA World Cup qualifiers. Under Fenwick, the team received wins against Guyana 3-0 and St Kitts & Nevis 2-0 but drew with Puerto Rico 1-1 and the Bahamas 0-0 in Group F.

According to Cooper: "I think judging him going forward, we should look at what we have in front of us, in terms of the other candidates. If we had the other candidates then you can make a judgement and say what their body of work was/is in relation to Angus'.

Meanwhile, George labels Eve as the overwhelming choice, noting also that it would make perfect sense to pick someone for the job who is aware of the players.

"I don't think that Angus made, not just a strong case for himself, but also for other local coaches. I thought he performed creditably and in some cases, exceeded expectations, so definitely he deserves a go at the job.

I think it would make sense to apply someone to the job who has a very good working knowledge of the players, our environment, the limitations and our cultural uniqueness. And I think Angus separated himself well, and would have put himself ahead of whatever shortlist they might be preparing at the moment."