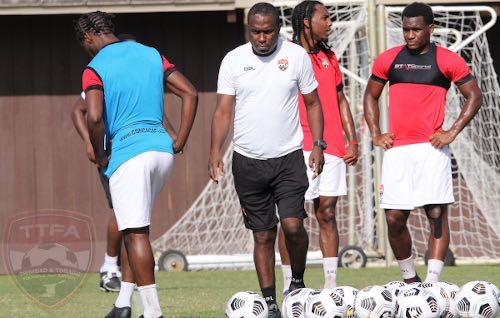 ANGUS Eve’s contract as interim coach of the Trinidad and Tobago men’s football team is set to end on Tuesday.

Eve, who replaced Terry Fenwick on June 13, was handed a contract to serve as T&T coach until August 31.

At the time of his appointment, Eve, the former T&T midfielder and captain, said his aim was to improve the team’s fortunes, following their elimination from the 2022 FIFA World Cup Concacaf Zone qualifiers in early June.

He had five games as T&T coach, all at the Concacaf Gold Cup in the United States.

During the Gold Cup qualifiers, T&T hammered Montserrat 6-1 (on July 2). Four days later, T&T needed kicks from the penalty spot to defeat French Guiana 8-7, after the scores were locked at 1-1 at the end of regulation time. The victory over French Guiana guaranteed a spot in the Gold Cup.

T&T finished third in the group with two points, behind Mexico (seven points) and El Salvador (six points). Both Mexico and El Salvador advanced to the knockout stage, while T&T and Guatemala (one point) were eliminated.