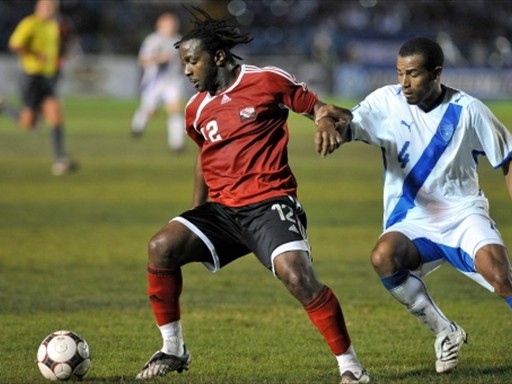 Head Coach Russell Latapy ran a double session at the Larry Gomes Stadium on Wednesday as this country’s national senior footballers continued their preparations for the upcoming 2010 World Cup qualifier against Costa Rica in the sister-isle.

Latapy is nearing his final squad for the June 6 crucial encounter and had the likes of Dennis Lawrence, Clayton Ince, Silvio Spann and Jason Scotland involved in training on Wednesday. Stern John was also present but did not take an active part. Another session will take place at the Malabar venue on May 20 before the squad journeys over to Tobago for a live-in training camp leading up to June 6. The final squad is expected to train from May 28.

Scotland, the talk of a possible move to the Premiership in recent weeks, said while he’s coming off a long season with Swansea City, he’s still willing to give one hundred percent to the “Soca Warriors” for the upcoming qualifiers against Costa Rica and Mexico.

“We know it’s not going to be easy but I think everybody is ready to work hard and give a hundred percent for the country.”

About the links to the Premiership with Fulham among the clubs expressing an interest, Scotland was tightlipped.

“It’s every player’s dream to play in the Premiership and I’m like any other player. It’s been a good season for me against with Swansea and you always want to go to the next level and test yourself so if that opportunity comes then I’ll definitely think about it and see how far I can go,” said the former Defence Force marksman.

Defender Dennis Lawrence is equally optimistic that the T&T  team can get it right for June 6 and beyond.

“We know how crucial the game is on June 6 and there are no two ways about how critical it is for us to prepare well and get the three points. It’s a very important game for the team and for the country and we have to be ready to go out there and work hard as a team under the new manager and ensure that we can pick up three points in Tobago,” Lawrence said.