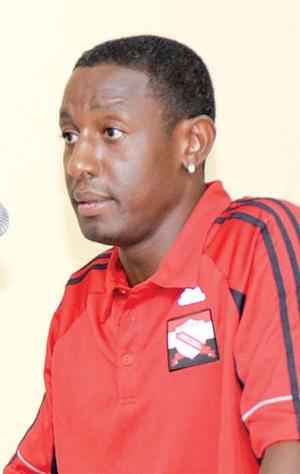 Trinidad and Tobago's senior men's football team head coach Russell Latapy will call up another eight players to join his squad in preparation for the 2010 Digicel Caribbean Cup football championships which take place in Martinique from November 26-December 5.

"We have 20 players that participated in these three games," Latapy said after T&T ended Group F qualifying with a comprehensive 4-0 victory over Haiti on Saturday night at the Mannie Ramjohn Stadium, Marabella.

"We have another four or five and possibly, even six or seven players we are going to invite to train as well. We should have a group of 27 or 28 players and the 20 for Martinique will come from that group of 27 or 28," Latapy said.

T&T played unbeaten in Group F qualifying, beating St Vincent and the Grenadines 6-2, Guyana and Haiti. They now advance to Group H of the Finals where they will meet hosts Martinique, Grenada, who beat them 2-1 at the Finals in Jamaica two years ago and the winners of the still-to-be-determined Group G which will be contested from November 10-14 between Cuba, Suriname, Antigua and Barbuda and Dominica.

The Soca Warriors' coach said his players will continue training for the Cup and will also have one international friendly as final preparation before departing for Martinique.

"There is an international FIFA date on the 17th (November)...We are trying to get an opponent to play on that day. That will be confirmed sometime earlier this week and will be our final preparation for Martinique. But we will continue training, " Latapy said.

There was a smug look on his face at the media conference after his Soca Warriors finished qualifying with a hundred per cent unbeaten record.

Asked what was the high point of the Haitian victory Latapy said: "The four goals we scored, and a clean sheet.

"We are able to play a lot of players who didn't feature in the first two games. They staked their claim to go to Martinique tonight. Well done to the boys."

He added: "We didn't play as well in the second half as we did in the first half and it says to me that in going forward, we have to learn to play from in front as well. Again, credit to Haiti, they had nothing to lose and they threw players on. They tried to get back but I still think we could have done better in terms of maintaining ball possession and opening them up a bit."

Meanwhile, Haiti's Brazilian coach Edson Tavares believes that inexperience was a major determining factor in his team's defeat. Tavares has had coaching stints in China, Vietnam, Tunisia, Kuwait, Jordan and Switzerland and has signed a four-year contract as a result of a cooperative agreement between the Haitian Federation and sponsoring Brazilian nongovernmental organisations.

He felt that his team's chances of qualifying for the Finals were severely affected when they failed to beat Guyana in their opening match. He said that against T&T, the match was over after 15 minutes. But he said his players still tried to fight back.

"Our first game was the problem. If we played like we played today, I don't think that we would have not qualified," Tavares said. "I congratulate the players because they did their best.

They average age of these players is 23. We have just five players over that age. So I guess we have a good future. Unfortunately Trinidad and Tobago were too tough for us."