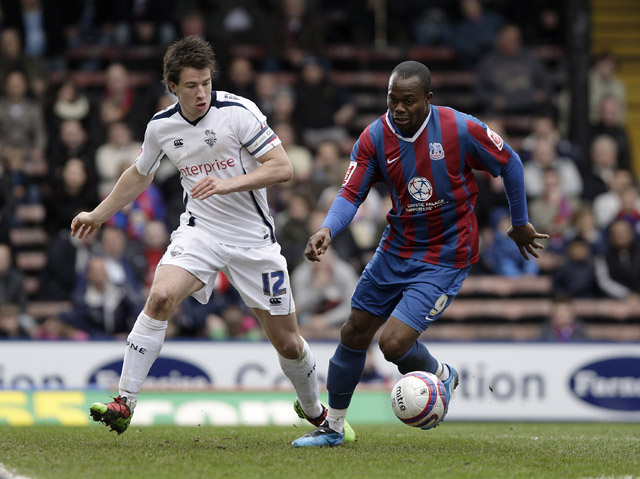 Striker Stern John is impressed by striker Devon Jorsling and believes the Defence Force player has all the tools to become a favoured striker in an overseas league.

John was speaking on the weekend, ahead to T&T’s chances at the Digicel Caribbean Cup Finals in Martinique. According to John, once you possess a lethal strike force, then your chances of winning are better than most.

“I must say I’m very impressed by Jorsling and it’s good to see a striker able to score goals on a roll like that because we haven’t seen that in a while.

We have produced good strikers but not much who have a consistent scoring record like Jorsling in recent times.

“Honestly he kind of reminds me a bit of myself...he’s strong and he can play with his back to the goal and hold up the ball well.

And you need a striker like that to hold up the ball plus he’s a good finisher. I think he has all the makings of a good striker and if he continues this way, I see no reason why he cannot make it into one of the good leagues abroad,”John said.

Jorsling, 26, has 13 goals in 22 matches for T&T. “I also want to commend Kerry Baptiste for his persistence.

He’s been working very hard and I think he’s a good support striker who can come in there and notch a goal or two when the team needs it.

I think we definitely have something good going in the goalscoring department that can boost our chances of winning the Digicel Cup.”

John is expected to resume full training in January after a recent surgery and will join the Columbus Crew for preseason training.