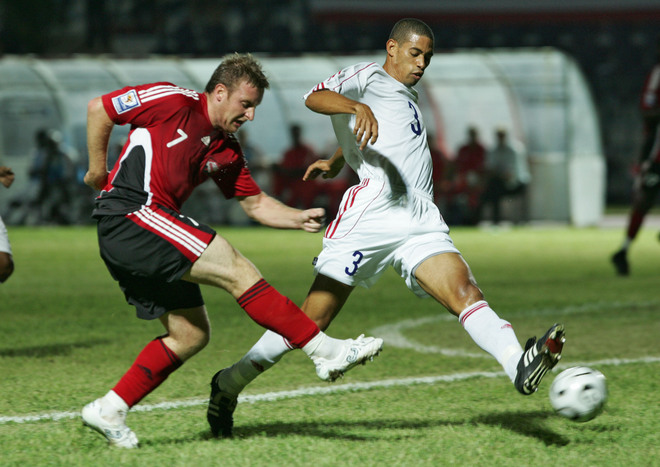 Racing Genk Midfielder Khaleem Hyland who played in the previous qualifying leg against Bermuda which T&T won 3-2 on aggregate says he expects  the visitors to come here with nothing to lose.

Hyland is among the overseas pros recalled for the match by head coach Otto Pfister.

He was also selected by ex-coach Francisco Maturana for the previous encounters which Bermuda won 2-1 at the Marvin Lee Stadium before goals by Darryl Roberts and Stern John led T&T to a 2-0 win in the return leg.

“They will come here with nothing to lose and prove that the win last time was no fluke. They will also try their best to ensure we don’t get to play the game at the pace which we would like.

We went into the game with our hopes too high and it’s not always good to go into a match with too much confidence. We’re looking forward to getting a very good start on Friday and most of all enjoy the game.” Hyland said.

“These games will test us to see how far we have to go again to get to a level for the bigger teams in the Concacaf. Hopefully we can reach a level where we can come up against the likes of Mexico and win without having to struggle to get a result on home soil.

“It’s always good for a new bunch with a new coach to get a good start. This can lead us on to better things in the competition.”

Hyland has had two training sessions under Otto Pfister so far.

“It’s good to have had a couple sessions under my belt. The pace was good. Everyone was willing to go the extra effort and this was a good sign in my first session with the current team.”

Pfister had all but Andre Boucaud and Keon Daniel in his sessions so far with both men carded to arrive on Tuesday evening. Skipper Kenwyne Jones was among those who trained on Tuesday morning along with LA Galaxy midfielder Chris Birchall.

“It’s obviously good to be back in the Trinidad and Tobago team. I haven’t been in the side for a while but I always look forward to playing again.

This is another World Cup campaign for us. Obviously we were disappointed on not making it to South Africa but I think this time around we have a good bunch of guys and we’re really looking forward to doing well and getting it right out there on the pitch,” Birchall told TTFF Media.

“Personally for me I’ve been enjoying my time out there in LA. Being among the likes of David (Beckham) and the other guys is always a lot to look forward to and  the quality of football is quite good.

I’m just pleased to be back in the set up here and hoping to get off to a winning start on Friday against Bermuda,” added the ex-Coventry City man.

Friday's affair kicks off at 4pm at the Hasely Crawford Stadium.