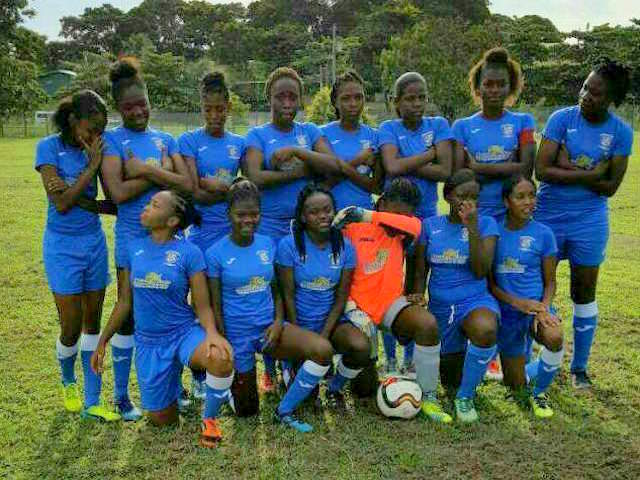 Fyzabad Secondary will have a fight on its hands when the defending national and south Intercol champion tackles Pleasantville Secondary in the Shell/First Citizen Girls’ Intercol South Zone final at the Mannie Ramjohn Stadium in Marabella this afternoon from 3 pm. It is one of three title matches that will be decided this afternoon.

In the North, Diego Martin Central and Bishop’s Anstey Port-of-Spain will meet in that finale while, Signal Hill Secondary will be challenged by Mason Hall Secondary at the Dwight Yorke Stadium for the Tobago crown.

Led by a double each from Shanaqua Lewis in 14th and 78th minutes and Raenique Primus, who netted in 36th and 76th, Fyzabad easily got by San Fernando East 7-0 on Thursday at the same venue, to reach the final. Kadean Louison (4th), Tracy Smith (11th), and Donansa Osbourne (34th) were the other goal scorers for the winner.

Fyzabad’s opponent, Pleasantville, progressed after blowing out St Joseph Convent, 15-0 in the second match of the double-header.

Last Thursday, St Augustine Secondary booked its spot in the national quarterfinals after being crowned the East Zone champion, sealing a 3-1 victory on penalty kicks over Bishop’s Anstey East after the scores were tied 2-2 at the end of regulation and extra time at the Larry Gomes Stadium in Malabar, Arima.

The quarterfinals are set to kick off on Thursday.