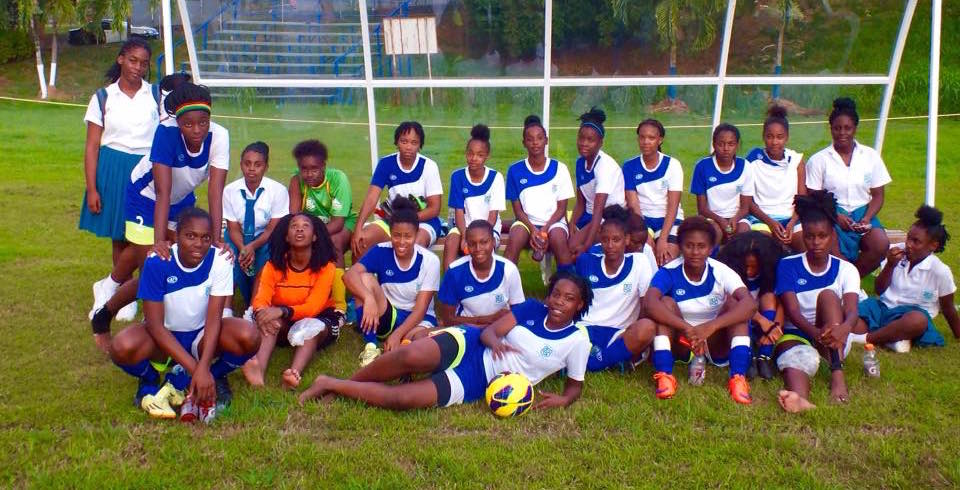 Both teams were locked at 1-1 at the end of regulation time with Kadean Louison scoring for Fyzabad while Shenieka Paul was on target for Pleasantville to send the match into the dreaded penalty kicks shootout where Aaliyah Pascal was the villain for Pleasantville.

Bishop’s Anstey opened the scoring through Leah Dos Santos but Diego Martin hit back with items from Breanna George and Alizza Mc Cutcheon to lead 2-1 at the half-time whistle.

In the second-half, Kiana Alexander drew Bishop’s level only for Mc Cutcheon to restore Diego Martin’s lead at 3-2.

Faced with defeat, Bishop’s Anstey then got another equaliser from former national Under-17 player Ranae Ward to level the score at 3-3 and send the match into penalty kicks, where the Brian Smith-coached school came away the winner, with Ward scoring the decisive penalty kick.

Over in Tobago, Asha James was the star of the show with a hat-trick to lead Signal Hill Secondary Secondary past Mason Hall 4-2.

James netted in the 28th, 30th and 60th minutes after Avonelle Loraine had opened the scoring in the 14th for Signal Hill at the Dwight Yorke Stadium, Bacolet.

However, Loraine’s sister, Celine in the 14th and Crystal Toney, on the stroke of half-time tried their best to keep Mason Hall in the match with goals of their own, only to be outclassed in the end. In the national semifinal, St Augustine Secondary which won the East Inter-Col on Thursday will face Bishop’s Anstey (PoS) on Sunday at Larry Gomes Stadium, Malabar, while national champion Fyzabad awaits the winner of the quarterfinal between Signal Hill and Carapichaima East at Marabella, also on Sunday.

The quarterfinal between Signal Hill and Carapichaima East takes place on Thursday at Dwight Yorke Stadium from 3.3 pm.