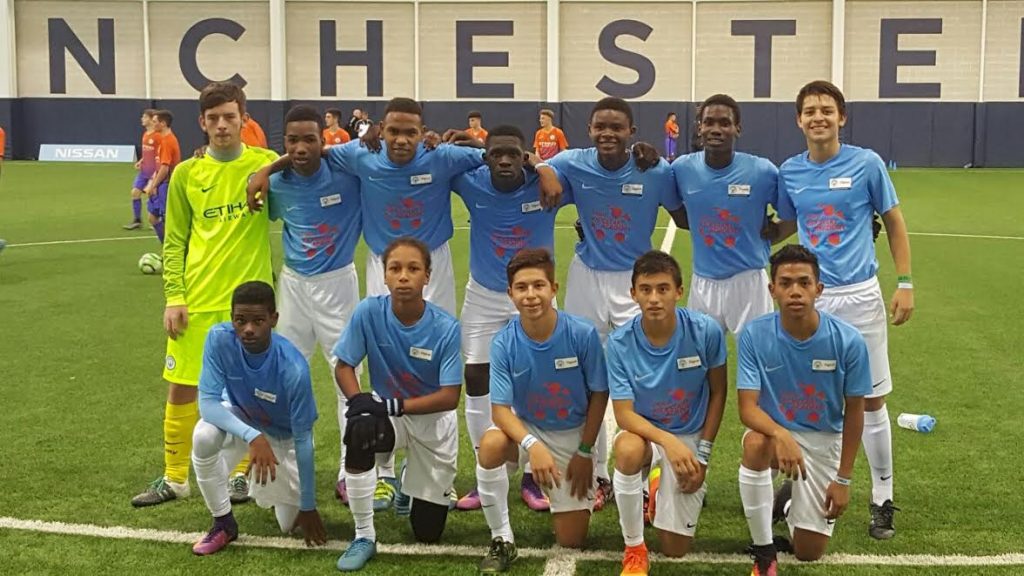 Garcia was among 12 players from the Caribbean who worked with Manchester City Football Club coaches at the Digicel Kickstart Programme.

Garcia and his teammates were invited to the Office of the President on Tuesday by President Anthony Carmona following their achievement.

Reflecting on his experience at the Digicel Kickstart Programme, Garcia said Sterling was left in awe by what he saw from the Caribbean players.

“He really was impressed with our performance because he came to some of our games and he was very impressed with the football in the Caribbean because he was born in Jamaica.” Garcia, whose favourite player is Lionel Messi, was grateful for the experience at Manchester, but said the chilly weather was difficult to manage.

“First, being selected was like a dream come true. It was hard to cope with the weather because it was very cold but it was a very great experience meeting professional players out there and I was just thankful for the experience out there.”

Garcia and the other players from the Caribbean got the chance to attend an English Premier League match between Southampton and Manchester City and even got to greet the players before the match kicked off. Garcia also reminisced on the times when he would play football in the yard with his brothers, saying his father’s plants would pay the price.

“My father has a lot of plants in the yard so everyday he would quarrel because it was four of us and we were always playing in the yard with a ball and we broke a lot of his plants.” President Carmona later praised Garcia for his accomplishments thus far, revealing that he had heard of his exploits prior to Shiva Boys’ triumphant SSFL campaign. He indicated that his barber in Fyzabad had informed him that there was a fella called Judah Garcia who was “acid”. Carmona declared, “Judah had trials at Man City which is something a lot of us just dream about and he is the dream, he is the real deal.”