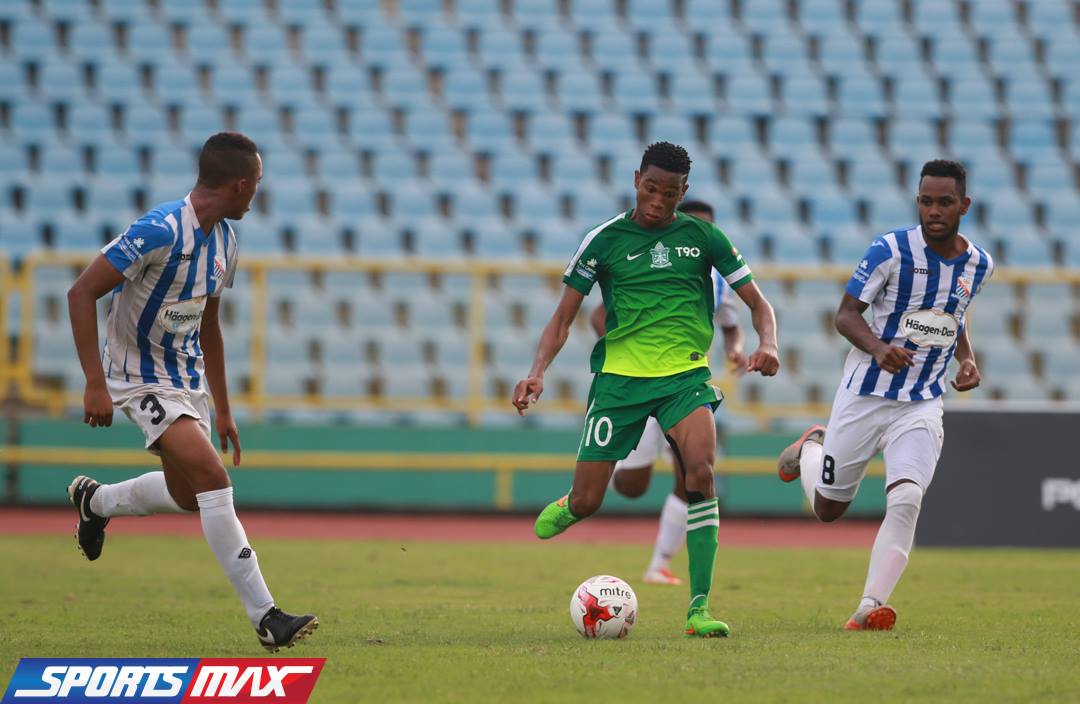 Regulation time was about up when Temesgn Tezera came off the Trinity College Moka bench and onto the field in Coca-Cola InterCol; no doubt with spot kicks in mind. And indeed, he would have the final kick in the North Zone semi-final against St Mary’s College.

It came in the sudden death phase of the penalty shootout with the scores level at 4-4 when calmly, he sent St Mary’s goalkeeper Jordan Baidaisee the wrong putting the ball in the bottom left-hand corner of the net to give his side a 5-4 win, passage to the final against St Anthony’s College and start a joyous pitch invasion by his schoolmates.

The band of players and classmates didn’t make it all the way around the track at the Hasely Crawford Stadium, but when they stopped, the St Mary’s players were still in centre field, too stricken to move.

They had just lost a war of attrition with a spirited Trinity side; a war the Saints could have won in the final six minutes or so of regulation time. But the combination of Gabrial Nanton and substitute Daniel Conocchiari could not put away one of three chances in that frenzied period.

Both were denied by desperate bodies and legs in Trinity green around the 85thminute. And just before that, Nanton, with the chance of the match, shot straight at Trinity captain and goalkeeper Desean Bowen from inside the six-yard box following a misplaced clearance. Those series of events, plus the play three minutes before the end of the first half when Nanton struck the right upright from just outside the six-yard zone will run like a nightmare clip of what might have been for the St Mary’s players.

They had better control of the ball and better chances in a game which did not produce a host of them. But Trinity for the most part defended with determination, and might even have had a penalty in the first half when left-side attacker Josiah Joseph-- an ever-present danger to the St Mary’s defence-- went down under a challenge that on another day may have earned his side a spot kick. The Trinity boys didn’t get it then, but sub Tezera eventually made sure that the Saints paid the penalty.

In the second match at the Stadium, the Tigers from St Anthony’s did not need a shootout to get past East Mucurapo Secondary, as they won 3-1 with goals from Haile Beckles (2) and Man-of-the-Match Che Benny. And in Central, Gasparillo Secondary and Carapichaima Secondary will meet in the final following 4-0 and 5-0 wins respectively over Presentation College Chaguanas and Chaguanas North Secondary.