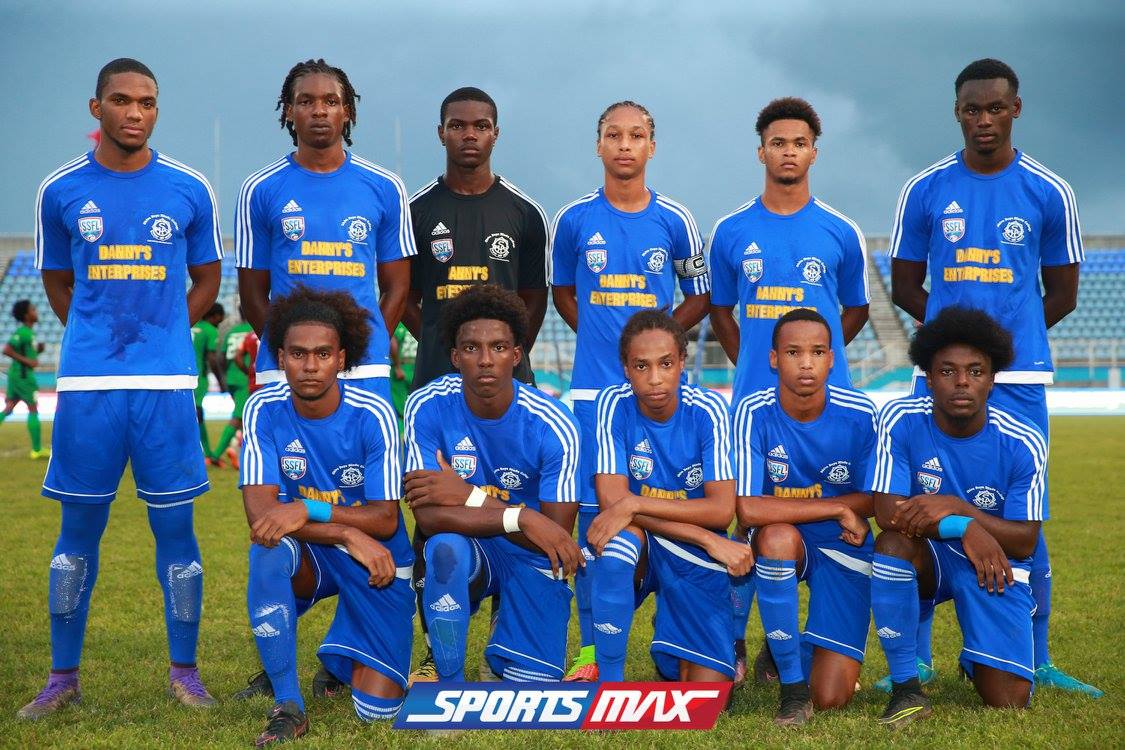 Shiva Boys Hindu College waltzed away with the Coca Cola National Intercol title for the first time in their history. They were given no favours as they did it the hard way with a tough draw having to beat Presentation College San Fernando and Naparima College, before moving on to the national semi-final where they had to crack a tough Carapichaima East Secondary School (Caps). Their victorious journey ended when they got the better of San Juan North Secondary in the final.

I wrote a few weeks ago after the fifth round of the League that I thought Shiva Boys were hard to beat and they were always big favourites to have won the League. Unfortunately, I did not cater for their maladministration and they lost points off the field, much to the chagrin of the players that worked so hard to put the College on the footballing map of T&T.

Shiva Boys are a well-rounded, well-drilled and talented offensive unit. They possess excellent players throughout their team and most of them seem comfortable in playing in more than one position. They have the best goalkeeper in the League in Denzil Smith — he commands his box well and if he continues to work hard, it won’t be long before he is called up to the senior men’s squad.

Defensively, they have some tough men at the back. Yohannes Richardson is extremely talented and reads the game superbly. Jabari Graham is a tough tackler, while the wing backs Matthew Beal and Ronald Charles work the line well with Beal especially dangerous on the left side.

Kierron Mason plays the defensive midfielder in the team. He is a good tackler and wins the ball back for his team. When he learns to use the ball better and make more purposeful passes, his skill level will improve. Judah Garcia and Tyrel “Pappy” Emmanuel are similar players; very creative and they both kick the ball with both feet. “Pappy” in particular is a very intelligent player.

Quinn Rodney is a ball of fire. He is superb with the ball at his feet, quick, and uses both feet well. He has to start to learn to finish better and get his cross ball with more accuracy.

Ronaldo Edwards plays the right side but is more of an orthodox type wide midfielder and is not as gifted as Rodney but he works hard. Junior Assoon up front is a tricky customer who can score goals if given the opportunity and Tyrel Baptiste coming from the bench is quick and can score goals.

All-in-all, Shiva Boys offer a delightful game of football. They move the ball around well, defend in numbers and attack with precision. They are easily the best unit in the SSFL—a shame that they will not be next season’s SSFL Premier division.

I hope those responsible have absolutely nothing to do with football again at the school.

Shiva Boys in the Premier division is a great advert for the SSFL and it would be welcomed if the General Council of the League implement a new rule allowing the National Intercol winners a place in the Premier League should they not qualify through their zone or if they are relegated. For example, in Europe, Manchester United did not qualify for the Champions League because they finished outside of the top four of the English Premier League. However, because they won the Europa League, they were automatically granted a place in the Champions League. Think about it - we want the best playing with the best, and it would be great incentive for future Intercol winners.

And with a handful of Premier Division games remaining, the SSFL docked 17 points from Shiva Boys – a decision which saw them relegated from the top flight – due to the school’s illegal registration of midfielder Kierron Mason and defender Matthew Beal.

But Shiva Boys proved their worth when it mattered most, as they whipped 2016 National Intercol champions San Juan North 2-0 in Monday’s Intercol final at the Ato Boldon Stadium in Couva. Ryan, in an interview yesterday, said, “I give God all the glory. I owe it all to Him.”

The Shiva Boys coach is hopeful the team can continue their impressive showing into the 2018 season, as the majority of the 2017 squad is expected to remain.

“We have about three or four players (who) have reached the end of their rope with the school, but we already have replacements,” said Ryan. “We’re becoming a community team – that’s the key. This is why I want to publicly also thank the supporters who stuck behind us, who cooked food before every match, who prepared refreshments, they’re with the team.”

National midfielders Levi and Nathaniel Garcia are former Shiva Boys stand-outs, while their 17-year-old brother Judah is the captain of the 2017 outfit.

Ryan hailed the support of the brothers, as well as past students, during this year’s season. “This has become a family. We have a whole bunch of (past) players who were monitoring the scene and sending this and sending that. This is a well-backed team by past players. It’s not just calling to congratulate but they’re involved all the way.”

He indicated that the 2017 Intercol success was one of the team’s goals this season (the other was to retain their Premier Division trophy). “(The SSFL) took away our points,” said Ryan.

The Shiva Boys coach is still disturbed over how things transpired during the Premier Division season. “I don’t understand how, in the middle of a tournament, you come to take away a team’s home ground and talking about people fearing for their lives,” Ryan said.

“They never came down and watch a match and see the environment down (here),” the Shiva Boys coach continued. “It’s a community team. So I don’t know how they arrived to this view.” Ryan was impressed by the display of his team in Monday’s final, particularly the adjustments they made during the half-time interval to take control of proceedings.

“Half-time is to fix stuff,” he said. “It doesn’t mean that everything will be going well but we can fix it. We made a couple changes and it did work. As the game (went) along, we were getting stronger and taking more control of the match. In the second half we were the far better team.”