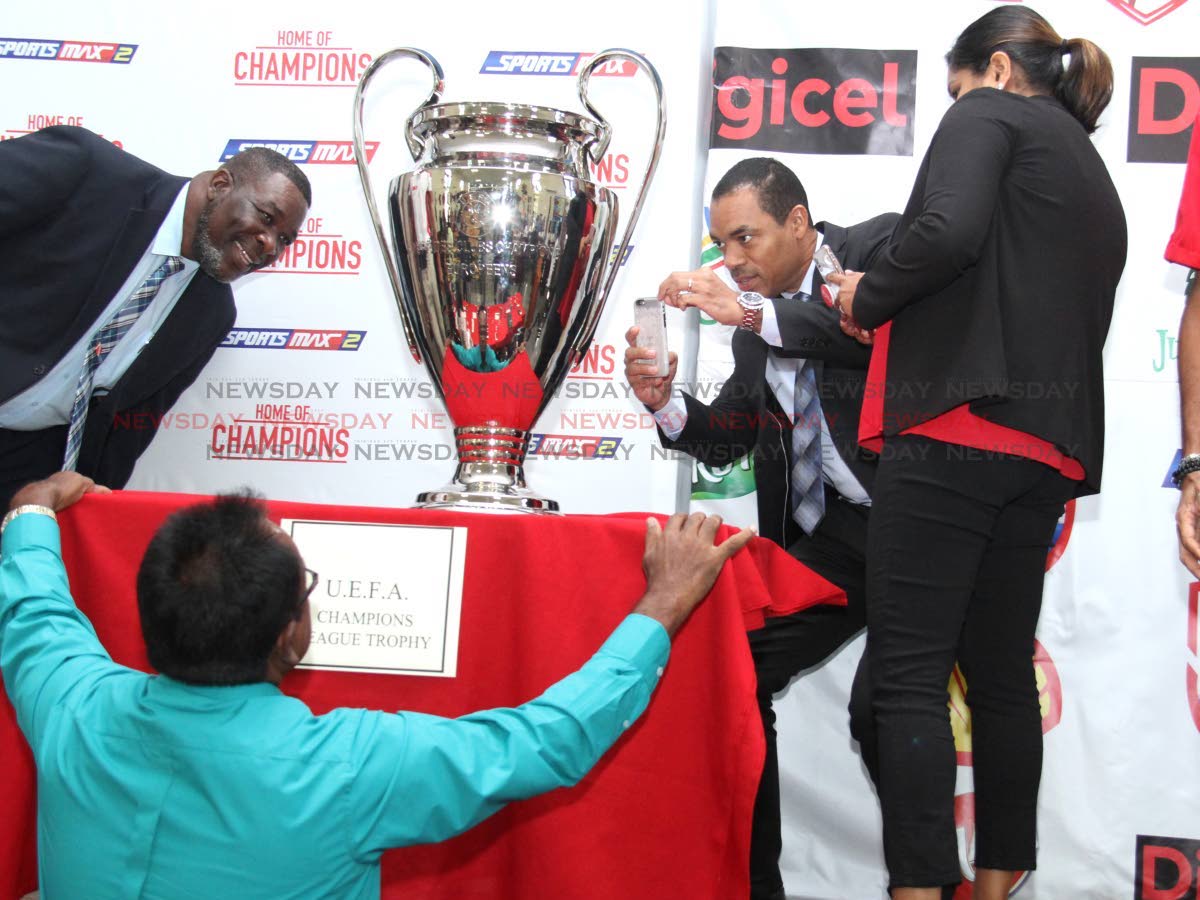 The trophy was on display at the official launch for the Secondary Schools Football League (SSFL) this morning at Fatima College, Port of Spain.

Excited football fans were allowed to touch and take pictures with it after the event. Senior marketing manager at Malta Carib, Marsha Kalloo told the audience, "Our friends from Liverpool have heard really fantastic things about the SSFL and they loaned us their trophy to show you all."

Malta Carib is one of the official sponsors for SSFL 2019 season. Others include Fruta, Shell, Coca Cola, First Citizens Bank and Digicel/Sportsmax.

Kalloo urged the student athletes to "pursue greatness" and not only represent their schools but their homes and communities, adding that one day they might be part of a team that wins the prestigious trophy.

"Change starts right here and it starts with every one of you. We want to encourage you to pursue greatness in everything that you do. It doesn't stop at sports, but sports, especially football, is one of the best ways to shine."