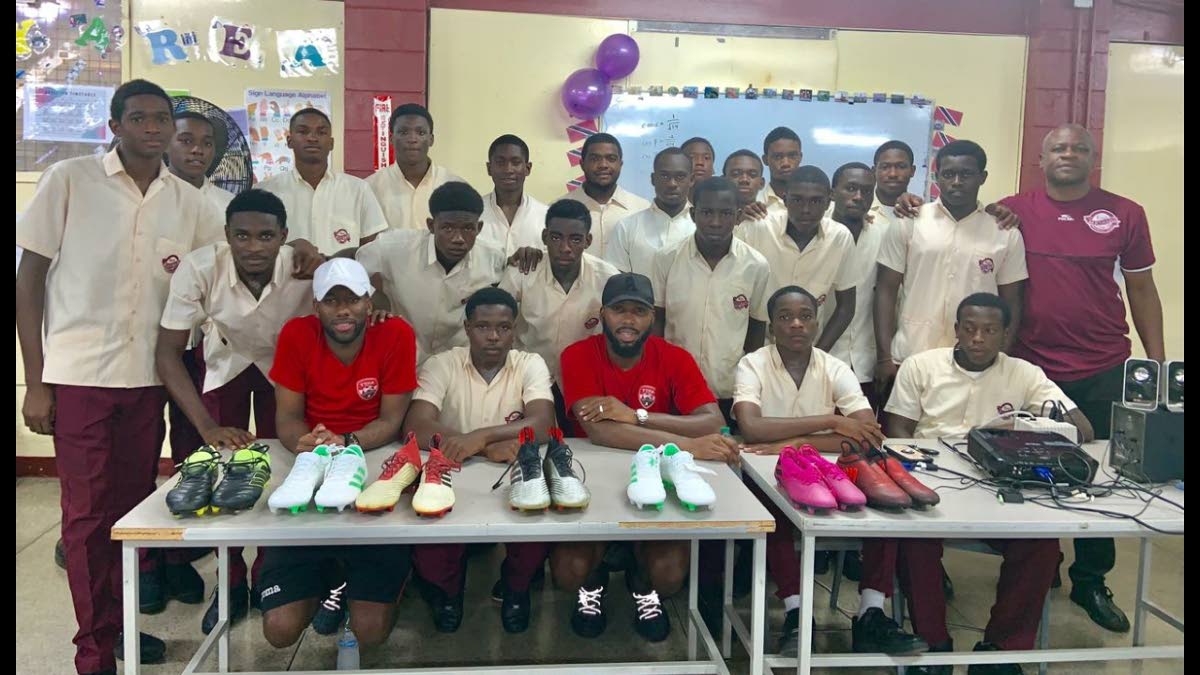 The T&T midfielders also interacted with players of the school’s football team and helped motivate the young men to continue chasing their dreams of becoming professional sportsmen. Hyland and Molino donated seven pairs of Adidas football cleats which will be issued to players who are currently unable to afford a pair. The boots will be distributed to players before every match and will be returned to the institution’s head for safe-keeping.

“Some people might be unfortunate and not have sufficient funds to get football boots because we all know these things are costly,” said Hyland to the attentive bunch. “We decided to supply these football shoes for those who don’t have any to use. We are about giving back and making a way for the youths. To be the best and reach where you want to, it takes hard work.”

Hyland reminisced on his years as a schoolboy at the then Mucurapo Senior Comprehensive School and admitted that there were many external challenges he was forced to overcome to become a professional player.

The 30-year-old TT captain reiterated the importance of maintaining good sportsmanship and upholding high levels of discipline, both on and off the pitch. He also reminded the young men to cultivate an attitude of punctuality, healthy eating, rest and respect for one another.

“None (of you) are better than each other,” he continued. “You all are one team and the chain is as strong as the weakest link. Help each other out. The different combination of abilities makes you a team. Work as a team. Drink water, rest and keep high standards of discipline. Discipline makes an-round athlete, talent comes after.”