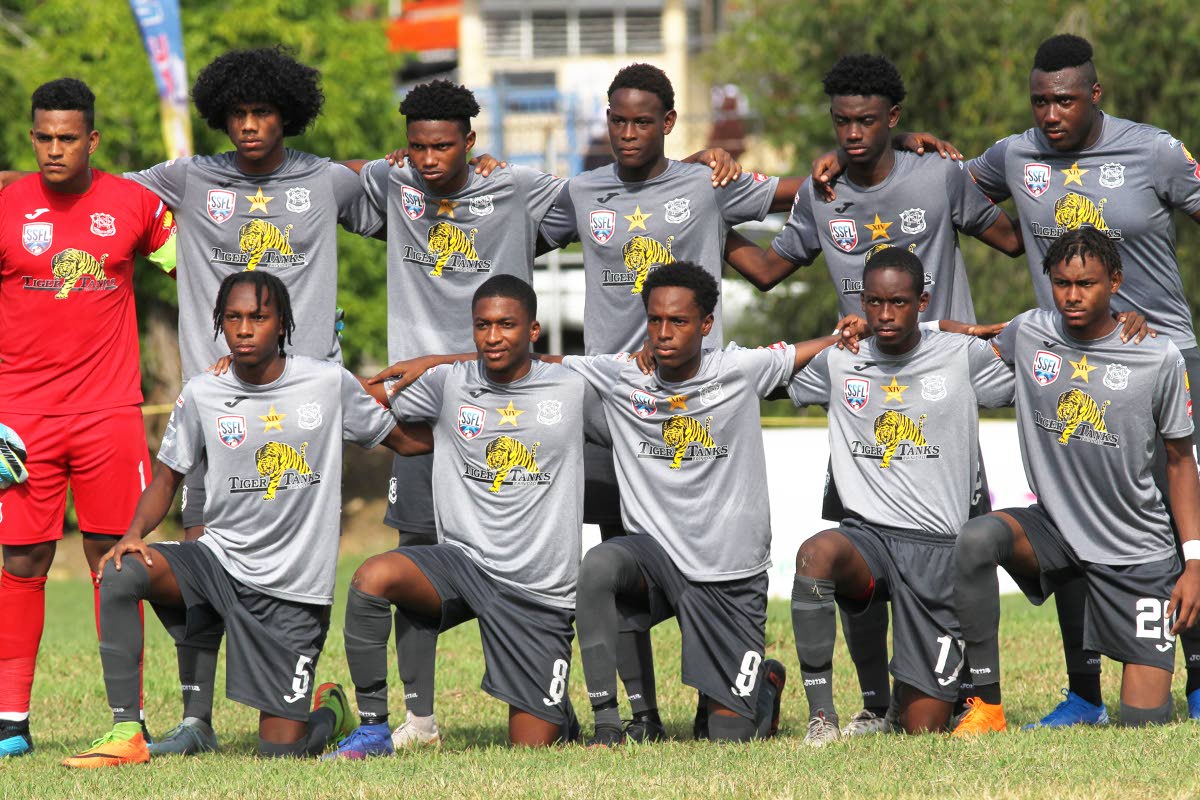 Defending SSFL champs make it two in a row

Kick-off was promptly at 3.30 pm with both teams getting off to a solid start. However, Naps’ number 17 Nathaniel Perouse took advantage of an early display of careless defending by QRC in the 17th minute, making the score 1-0. Shoaib Khan added his name to the scoresheet just three minutes after to double the lead.

But cries of handball in the 22nd minute followed a penalty being awarded to Naps, which was casually taken by Seon Shippley to make it 3-0.

QRC’s first-half woes continued as their goalkeeper Jacques Poon-Lewis got a straight red card in the 27th minute after he was caught outside his box.

He was replaced by number 22 Jumaane Mc Neil who got his first scare of the match just after coming on as Naps went for goal but went a bit too wide.

QRC began to re-gain their form in the closing minutes of the first half but still did not pose much of a threat to Naps’ captain and goalkeeper Levi Fernandez.

Naps fans said they felt as though the team was “going easy” on QRC as they believed the score could have been much higher at that time. There was only a handful of QRC fans as Naps supporters flooded the stands and the field, confident their team would secure the title.

The second half was the subbed QRC keeper’s time to shine as he blocked goal after goal from both set pieces and direct attempts, including a penalty. His performance even caused Naps supporters to applaud and pay their respect after the match. Many were questioning why he was not part of the starting line-up. But the one goal he couldn’t stop came from fan-favourite Isa Bramble in the 80th minute.

Some other Naps fan-favourites were subbed on nearing the final 20 minutes of the game, including Ezekiel Kesar and Mark Ramdeen. Tyrike Andrews also came on to replace Thaj Neptune, who came off limping after a clash.

QRC upped their defence game and tried to take advantage of their chances but to no avail. Naps still dominated in possession while their opponents struggled with recovering and keeping the ball.

Three minutes of additional time were still not enough for any QRC player to add their name to the scoresheet. Meanwhile, Naps technical staff had already begun early congratulations and the crowd roared immediately after the final minute.

Speaking with Newsday, Naps head coach Angus Eve said the team treated every match like a final and was confident they would defend their title.

“The guys were very focused throughout the season. It was like we played 14 finals. We came here and we did what we had to do which was to win the match.”

Asked how he feels knowing several of his key players would be graduating and leaving the team next year, he said, “There’s no problem. We played Presentation College with our under-16 team and there was no problem. Every year, it’s the same transition we go through.

“We always keep preparing our teams for the next year. So we’re gonna play with what we have and see how it goes.”

Team captain Levi Fernandez, who would also be leaving next year, told Newsday, “For me, it was a simple game. I think the boys really came out and gave it their all. They started (preparing) from the pre-season.”

It is his third year playing with the team.

“Coming against this team was always going to be hard. There was no doubt about that. They came all out, they didn’t take us for granted.

“We, on the other hand, had nothing to lose.

“The first goal was kinda soft and pushed us back a bit. Then the goalkeeper got the red card.”

Grosvenor said the keeper had played for the team for the past three years and only recently recovered from a finger injury. It was also his final game for QRC so he allowed him to start since he knew the title was not at stake.

McNeil (the subbed keeper) told Newsday while he was not expecting to play today, he did his best for the team.

Meanwhile, the match between Presentation College San Fernando and St Anthony’s College ended 0-0. Pres are the runners-up, ending the season with 31 points.