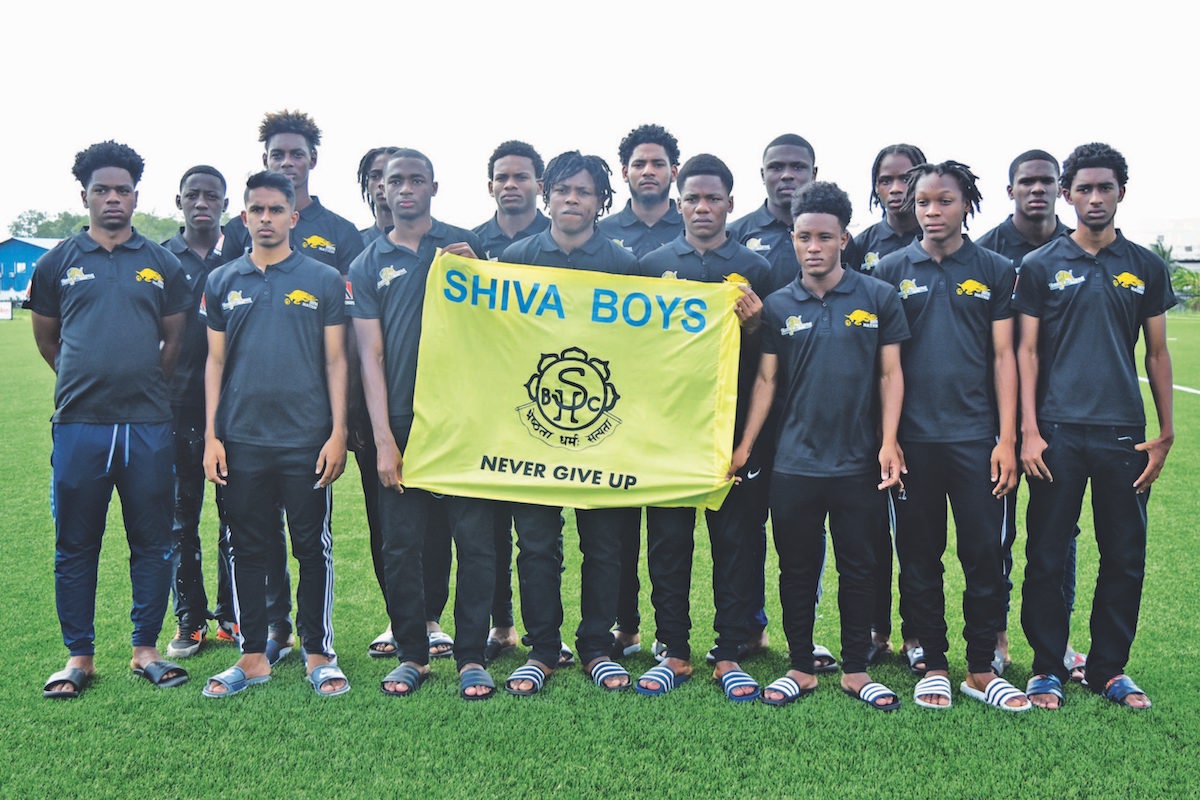 The Shiva Boys Hindu College Football Team of the Republic of Trinidad & Tobago played undefeated in the inaugural KFC Goodwill Tournament in Guyana back in 2018, and will again be in action in this tournament today.

The second edition of this KFC Goodwill Tournament got off to an exciting start on Saturday last, with Lodge Secondary thrashing Marian Academy 6-1, and Annandale Secondary being humiliated in a 9-1 loss to Annai Secondary of Region 9.

The bar has already been set high in this tournament, thus fireworks are expected today in the double-header to be played at the Guyana Football Federation’s (GFF’s) Training Facility at Providence, EBD. Lodge Secondary are scheduled to take on Waramadong Secondary from 1pm, while Annai Secondary will do battle with the Shiva Boys from 3pm.

This second fixture will undeniably be interesting to watch, as, despite saying goodbye to a few of their older and more experienced players over the past year, the Shiva Boys are here to do one thing: win this tournament.

Speaking with this publication, new Shiva captain Adica Ash shared the team’s intention: “We come to hold our title.”

Asked about the team’s style of play, Ash disclosed that the Boys are keen to keep the ball moving, as they try to pull off a win each time.

“We like to pass the ball around, express ourselves and showcase our skills. We’ll come out more serious, more focused, and execute in the game,” Ash explained.

Being the new captain of the team, the youngster’s style of leadership was questioned. He responded: “I intend to keep us together, get everybody to focus and play together as a team.”

The tournament’s many sponsors include KFC, Mike’s Pharmacy, Guyana Coema Construction and Services, the Trophy Stall, and Tiger Rentals.

Football action will continue on Wednesday December 18 with another double-header.