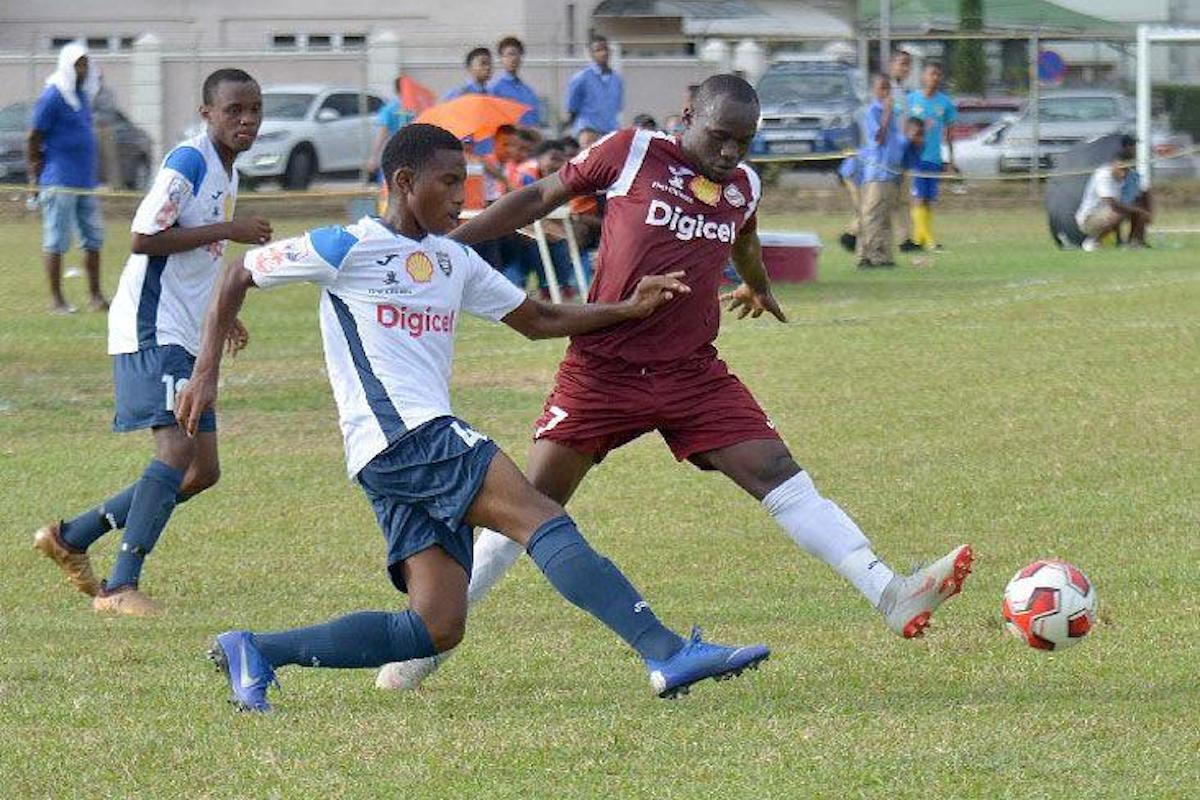 A new format, new players, a few new coaches and a lot of uncertainty.

Those elements will all be in the mix when the first pandemic season of Secondary Schools Football (SSFL) gets going this week.

Covid-19 struck in 2020, wiping out two seasons of the SSFL. So when the teams return to the pitch, much will have changed for them.

Defending Premier Division champions Naparima College, for instance, will have a new coach in former national player Travis Mulraine. He replaces Angus Eve who is now in charge of the national men’s senior team.

And national women’s coach Kenwyne Jones, himself a former schoolboy standout with St Anthony’s College, will be taking up the head coach’s job at Queen’s Royal College.

There will also be a household name on the bench of promoted Fatima College, in the form of ex-”Strike Squad” national team star Hutson Charles, while St Augustine Secondary and Trinity College East will feature coaches making their top-flight débuts in Tacuma Jones and Dwayne Davis.

These men and their counterparts in the other sides that make up the 16-team competition, will also have to deal with a different format.

Teams have been divided into two groups of eight, with the top sides from each group advancing to play each other for the title.

However, making educated guesses as to which teams will emerge on top this season could be as tricky as predicting when the pandemic will eventually end.

The two years without competition have meant there has been an exodus of players from the Premier Division teams of 2019.

Naparima with be “starting from scratch,” according to manager Percy Samlalsingh. And most squads will be relying on their Under-16 players to make the transition.

“Speaking with some of the other coaches, it will be a challenge,” says Shawn Cooper, coach of InterCol champions Presentation College San Fernando. “Pres” were also second in the league in 2019.

“A lot of the boys weren’t in the game, so they had to go over a lot of technical and tactical stuff,” Cooper added. And Fatima’s Charles notes that getting his players to, “understand the way I want them to play,” has been challenging.

Some schools have managed to hold on to one or two players with Premier Division experience. St Augustine will still be able to call on 2019 skipper, defensive midfielder, Keyel Morris.

However, East Mucurapo Secondary have lost all of their squad. Coach Dale Saunders is not deterred by that reality though. While admitting to his side’s inexperience he adds:”I think we will be able to compete. Mucurapo always produces talent. We will come through.”

For some shools however, simply putting a team together has been problematic in this ongoing period of Covid.

“Players are not really into the football too much. I’m fighting to get them to come training. Parents under struggle with boots and to support them financially,” reports Malick Secondary coach Anthony Bartholomew.

Money problems have also been serious for Carapichaima East Secondary. It was only late last month that the Central school was able to confirm that it would be able take part in the competition.

“Financially we were in a position where we almost couldn’t compete this year. Only two weeks ago we landed a sponsor and then the programme started,” manager Ashbert Charles relates.

“Caps,” solid in the league over the last couple seasons, will have much catching up to do just to be competitive.

Some schools were keen for promotion and relegation be suspended this season to allow teams to settle down again.

However, despite the various difficulties they face, everyone is relieved to get the chance to get back on the field.

“For most of the players, the two years out would have been a setback in their development but they are raring and excited to go,” notes Davis of Trinity East. “It’s definitely good to have them out.”

With all teams rebuilding, the Premier Division title race should therefore be wide open this season.

Queen’s Royal College manager Joshua Peru-Ishmael sums up the thoughts of many of his counterparts.

“It’s going to be interesting because most teams are very young teams. We don’t know what is out there. It’s going to be a whole new experience throughout the SSFL. It feels like a start from scratch.”