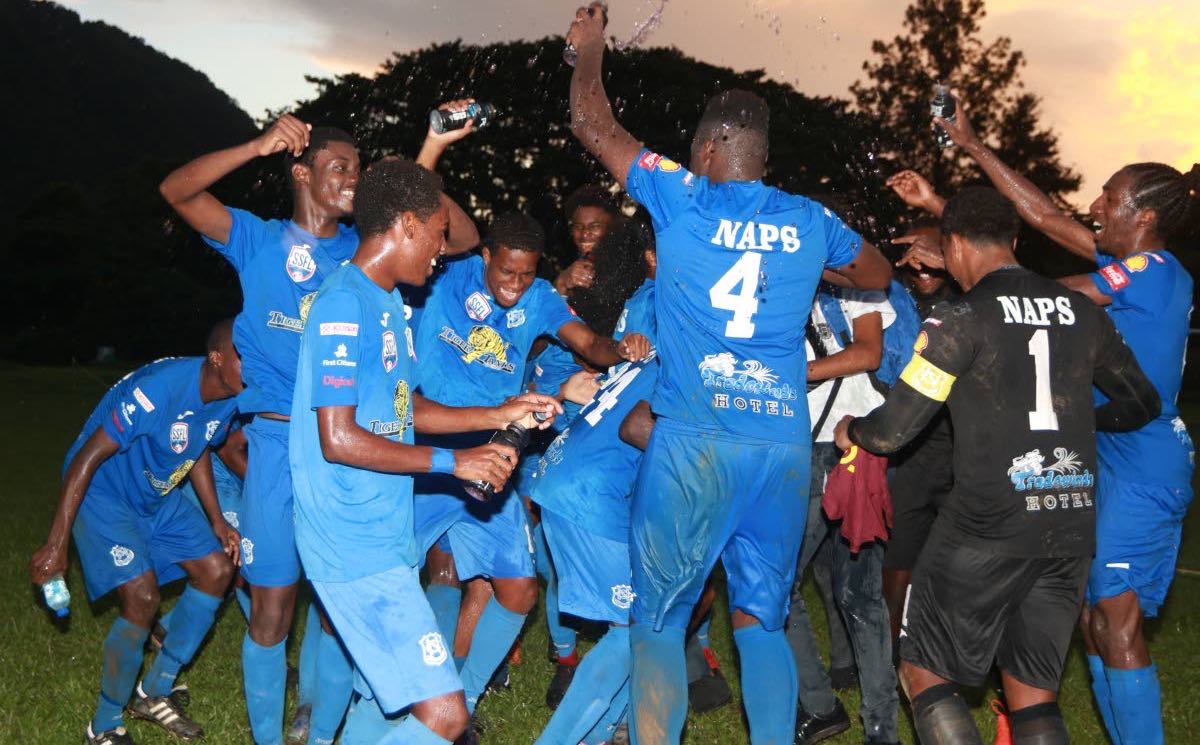 Newly appointed Naparima College head coach Travis Mulraine said his team still has some minor flaws to correct ahead of the new Secondary Schools Football League (SSFL) season, which kicks off on Wednesday.

The exhibition match was the SSFL’s curtain raiser ahead of this week’s round one matches.

Naps are defending league champions and open their campaign against St Augustine Secondary. Presentation College are the Coca Cola Intercol title holders and begin their league quest against Trinity College East on Wednesday.

On his team’s display, Mulraine said, “They tried to execute our game plan; of course we have a few things to iron out, but I think, by and large, I was happy with the performance.

“I think some of the guys showed some confidence on the board but as I said, we still have some kinks to iron out. (We go) back to the drawing board and from Wednesday, the ball starts rolling.”

Mulraine said the majority of his squad plays for Club Sando and used the Tiger Tanks Under-20 Invitational Tournament earlier this year, as prep for the new season.

He expressed faith in his group of players for the new season.

Mulraine’s appointment follows that of Naparima’s trophy-laden coach of eight years, Angus Eve, who was appointed as national men’s and Under-20 head coach last year. Eve departed with his entire team staff.