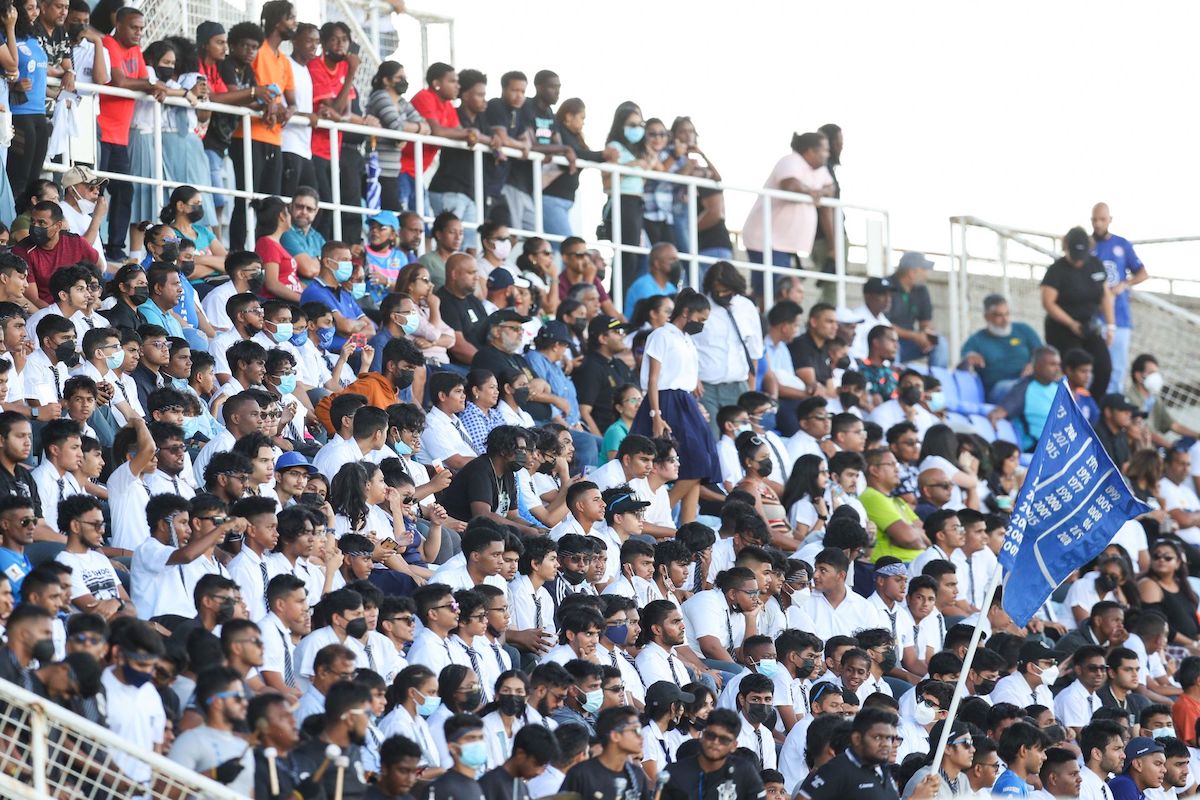 Fifteen teams will challenge reigning champions and winners of four of the past six editions of the competition, Naparima College for title honours when the 2022 edition of the Tiger Tanks Secondary Schools Football League (SSFL) Premier Division kicks off at several venues Wednesday afternoon across the country. The match that will hold the attention will be St Augustine Secondary dubbed the “Green Machine” which will host Naparima College at Warner Street, St Augustine from 4 pm.

Guardian Media Sports spoke to the coaches of the various teams about their preparations following the two-year with no competition because of the COVID-19 pandemic which affected all sports across the world.

Tacuma Jones (St Augustine Secondary): “For me as a first-time coach of the team at this level it will be a challenge as we have lost a lot of players due to the two years of non-activity because of the pandemic. So we are really in a rebuilding stage, and my aim for this season is to make sure that we stay up in the Premier Division and have some continuity with the program for the next season.”

Shivaurn Harding (Carapichaima East Secondary): “The team preparations have only been for the past six to seven weeks, but the players are all hyped and ready for the first game as well as the season ahead. We are also hoping to have some additional players by our second match as they finalise their paperwork following their CXC and GCE examination results.”

Kerry Lynch (Speyside High): “Our preparations for this season only really intensified over the last two weeks. We have a really young team with most of the guys getting some exposure to competition during the Tiger Tanks Under-20 Tournament, and Next Level Consulting Limited Under-19 Community Cup and we are expecting a decent season, despite being a totally inexperienced team at this level.”

Hutson Charles (Fatima College): “Fatima’s preparations started well as the nucleus of the team has come through from the under-14s and under-15s, so we have a nice foundation from those teams of two years ago, and the guys are looking forward to the first game of the season, and what lies ahead as well.”

Kyle Small (Pleasantville Secondary): “Our preparations for the season were pretty okay, but we don’t have a lot of the players from the last time we competed at this level. So it will be a challenge for us and I expect for most of the teams, but we are confident that we have a squad that can compete as we expect to finish at least mid-table to maintain our premiership status.”

Ronald “Hustler” Daniel (St Anthony’s College): “For each team, I expect that preparations for the season were a bit of a challenge and difficult with the new blood of talent.

“At the same time our boys are very excited, but we are in a rebuilding stage line all teams and it’s going to take a lot of hard work, focus, and determination for us to achieve our targets.”

“One thing for certain is that all teams know that St Anthony’s will also come out to play and win, and we intend to be that way once again in every match.”

Randolph Boyce (St Benedict’s College): “Pre-season went well as we had a great turnout of players for our sessions. But at the same time, we also had some challenges with the inclement weather that made it difficult for us to use our field at times, but physically and mentally the guys are ready and now it’s like an exam, they now have to go and perform.”

Travis Mulraine (Naparima College): “Our performance against Presentation College in the Tiger Tanks Cup was not a bad one, and I was very satisfied with how we prepared for the match and how we performed, but the result did not go our way.”

“So from that game we know we have a few things that we still need to work on especially our play in the final third of the game with regards to our attacking play and support as well.

Dwayne Davis (Trinity East College): “We have put in some work, but it’s also a start of a new program with new players after the two-year stoppage due to the coronavirus pandemic. We have not really set any real targets for the season in terms of table finish as we don’t really know much about any of the opposing teams.

Dale Saunders (East Mucurapo): “Our pre-season was a good one with a lot of young players from the Form 1 to Form 3 groupings and they have really developed well during our time together so far. But, at the same time with youth players you need time and while we have not set any real expectations, we do expect to compete well and play good consistent football.”

Jaeel Jeffrey (Chaguanas North): Preparation for us was not at the level as well as we expected as we had a few hiccups with players who we were expected to be part of the team not doing so after they weren’t successful with getting repeats or admittance to Form Six, after their examination results.

“So we basically have a young team, with only one player surviving from the team that actually gained promotion from the Championship Division promotion playoffs and we are just looking forward to seeing the players compete to the best of their ability.”

Kenwyne Jones (QRC): “Preparations have gone pretty well and we were really delighted to get the players back out on the field of play after the two-year absence of football due to the pandemic. The youngsters have been starved of football for the past two years, so with competition set to resume they are all hyped and looking forward to representing their school with the aim of doing well.”

Anthony “Chun” Bartholomew (Malick Secondary): “Our preparations were really hit by the coronavirus as parents were reluctant to send their children out to training, and overall we haven’t really trained much as a team.

“Despite those setbacks, I expect that the guys will go out and give off their best as they are talented individuals, but lack the experience and exposure at this level, and hopefully it will be good enough for us to stay in the division for the next season.”

Kempton Duval (Moruga Secondary): “I’m very optimistic about our chances in the competition as our main aim is to maintain our status in the Premier Division, this being our first time back at this level in a few years.”

“Along with fellow promoted teams Fatima College, and Chaguanas North, we will be coming against a core of teams who have the experienced at being at this level for a number of years, so we just want to compete well, represent our school Moruga as well as our community proudly.”

Shawn Cooper (Presentation College of San Fernando): Coming off the win over bitter rival and reigning Premier Division champions Naparima College in the Tiger Tanks Cup, we will be hoping to build on that win as the season goes on.

“In saying that, our preseason was good one despite the persistent inclement weather which forced us to do lots of our work indoors.

“And against Naps, it showed that we still have a lot of fo work to put in to be major contenders, and as a young group of players they will improve as the season goes on.”

Stephen Clarke (San Juan North Secondary manager): “Preparations for the season was a bit stunted as we would have lost a lot of the players from the 2019 team over the past two years of the coronavirus pandemic who have now finished school.

“So like most teams, we will be featuring a lot of new and young players who would have come up from Forms 2 and 3 but at the same time would have also missed out on competitive matches for the past two years which surely hampered their development.”

“So our first order of business in this year’s competition is trying to avoid finishing in the relegation positions, and by doing so we will be able to develop a team for next year.”