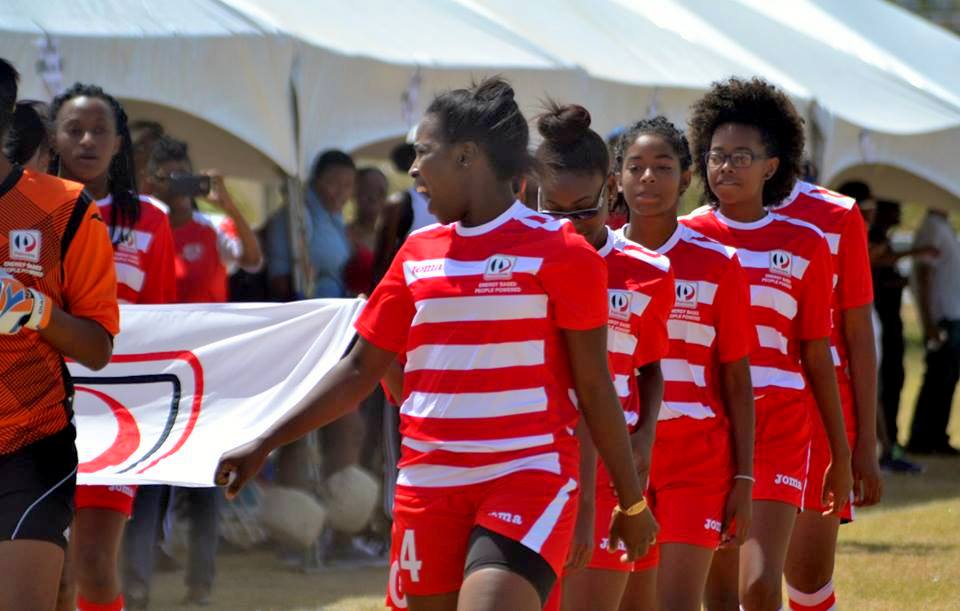 Scores of footballers, mostly teens, yesterday took advantage of a one-week head start to familiarise themselves with their club rivals at the launch of the Women’s League Football (WOLF) a day which excluded football, but witnessed camaraderie made easy by an array of unconventional activities. Albeit on a dusty and arid Hasely Crawford Stadium training pitch in Mucurapo, the footballers, coaches, administrators, friends and relatives gathered in a light atmosphere ahead of the newly reformatted women’s league.

Matches are scheduled to kick off next weekend but the fixtures are yet to be finalised as some teams are yet to secure their match venues. They should be released by Wednesday, according to Wolf. What is certain is that there will be only one division of play, and no relegation or promotion as in previous years. Twenty teams will be split into three groups. Each team will play the other in their group once, before the top two advance to a “Big-Six” where they battle for the league title. There will also be a separate FA knockout competition.

Given that the most clubs are from the East/West corridor, they will be split into two North Groups. The third group comprises teams from both South and Central Trinidad. Tobago will be represented by one team, Tobago Chicas, and is included in North Group One. Other first time entrants include: Queen’s Park Cricket Club, which will field a women’s team in competition for the first time in its long history; Crown Trace FC, an ambitious Central-based club; Waterloo; Port-of-Spain-based Netshakers; and Northern Rush.

Amid the excitement of yesterday’s unorthodox games, Jinelle James, Wolf media representative and former national women’s team forward, gave her take on the upcoming Wolf campaign and what is expected when it meet the start of the new Ministry of Sport venture, the Professional Women’s Football League, which will kick off next month.

Although the two competitions will overlap and “may be a lot to manage”, according to James there is no disharmony between the two. “There is no conflict. Ultimately we are open to opportunities for all our players to gain exposure by competing at a high level of competition.”

The Wolf is an affiliate with the T&T Football Association (TTFA) and because of this, James suggested it is most important that current players as well a those who aspire to play on the national team, get back to regular football, and ideally play at the highest level of competition available to them.

It is understood that most clubs participating in Wolf will lose their best players, especially national team players, to the professional women’s league when it does start, as there are no contracts binding players to the amateur clubs. If a player registers for a club initially but then chooses to play for a franchise, the club can fill the gap by registering a new player with the league, but must do so no less than 48 hours before the club’s next match.

The Wolf will benefit from a voice in the women’s professional football league, through a representative, as will the Ministry of Sport and the TTFA. Because of this, James believes the players’ welfare will not be compromised. The representatives have not yet been determined.

James said she also welcomes the fact that the newly introduced league will welcome back several foreign-based nationals. Players from as far as China may be included among the 30-40 foreign players for the league. That, according to Minister of Sport Brent Sancho, who got the $1.7 million-plus sum approved by Cabinet on Thursday to assist with the initial administrative and operational expenses.

The league, which comprises six franchises for big businesses to buy into, will offer accommodation, meals and a salary, Sancho said in a recent interview. Local players can be drafted into a franchise when they hold trials later this month.