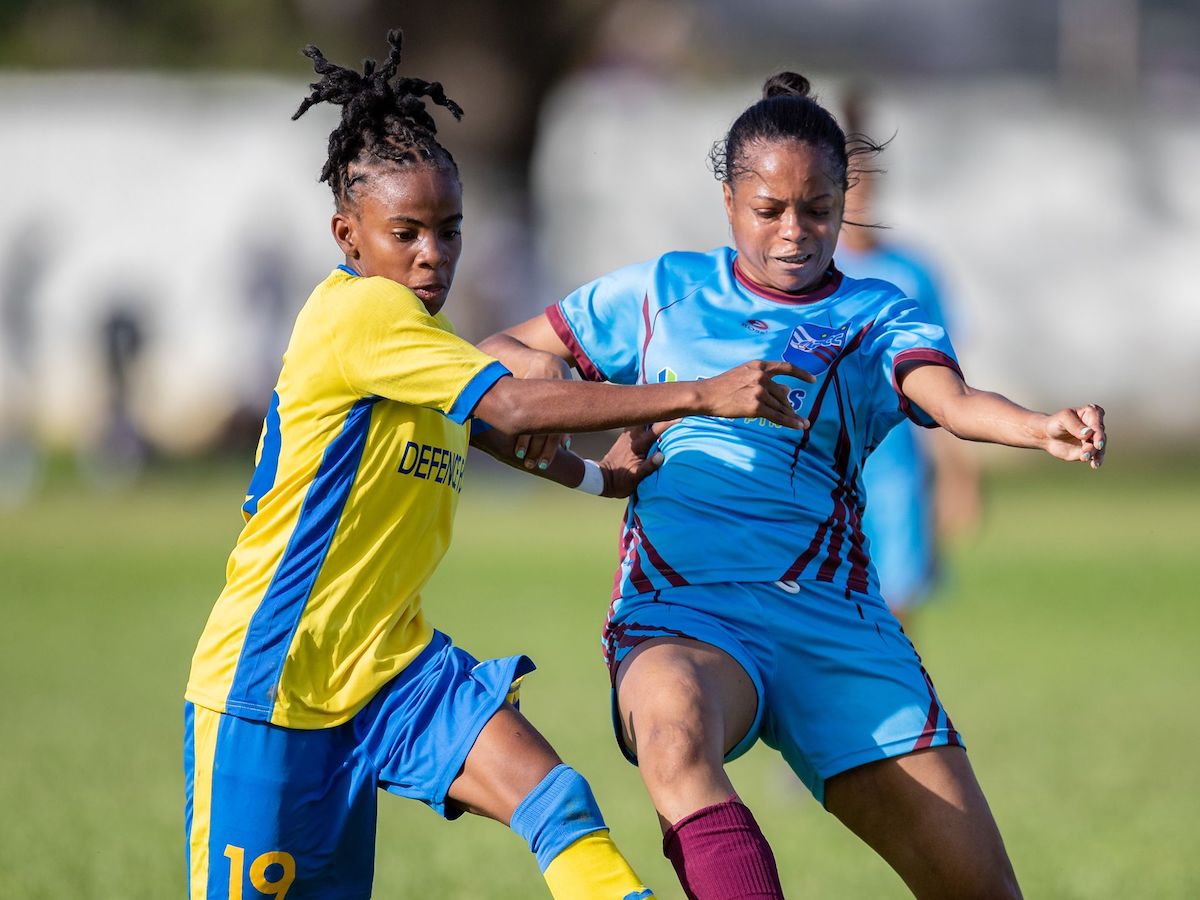 Shenelle Jordan scored a pair of first-half goals to lead the University of T&T (UTT) Patriots past Kamillionare 5-1 for a second win against the same opponents inside a week to seal a quarterfinal spot from the South/Central Conference of the Ascension T&T Women’s League Football (WoLF) Tournament on Saturday.

Playing six days after beating the same Kamillionare 8-0 led by a hattrick from Jordan, the Patriots were stunned in the third minute when Jillanda Sandy put Kamillionare ahead at the Ato Boldon Stadium, Couva.

However, within seven minutes Jaydime Mohammed got the Patriots on level terms before Jordan netted in the 25th and 30th minutes for a 3-1 lead which they took into the half-time interval.

Six minutes into the second half, Jasandra Joseph extended the Patriots’ lead to 4-1 while Tisha Belfon added a fifth item in the 67th to seal a fifth win from their nine round-robin matches on the four-team table to end with 16 points, nine behind table-toppers Club Sando, and more importantly, out of reach of St Augustine FC who has 12 points.

When quarterfinal matches kick off this weekend, Club Sando and Terminix LA Rangers will face off in the second match of a quarterfinal doubleheader on Saturday, September 10 at a venue to be determined after the original venue, the Mannie Ramjohn Stadium, Marabella was deemed unsuitable for matches at present.

Rangers enter the last-eight after they ended in second spot in the Eastern Conference with 12 points from six matches, three behind Police FC who will do battle with the South/Central Conference runner-up, UTT Patriots in the first quarterfinal on September 10.

The semifinals will take at the Phase II La Horquetta Recreation Ground, La Horquetta on September 18 with the winner of the UTT Patriots/St Augustine FC and Police FC tie facing the victor of the Jewels/Defence Force quarterfinal from 4 pm followed by the Club Sando/Termini LA Rangers winner against the Tobago Chicas/QPCC winner, two hours later for a spot in the September 25 final at the same La Horquetta venue.