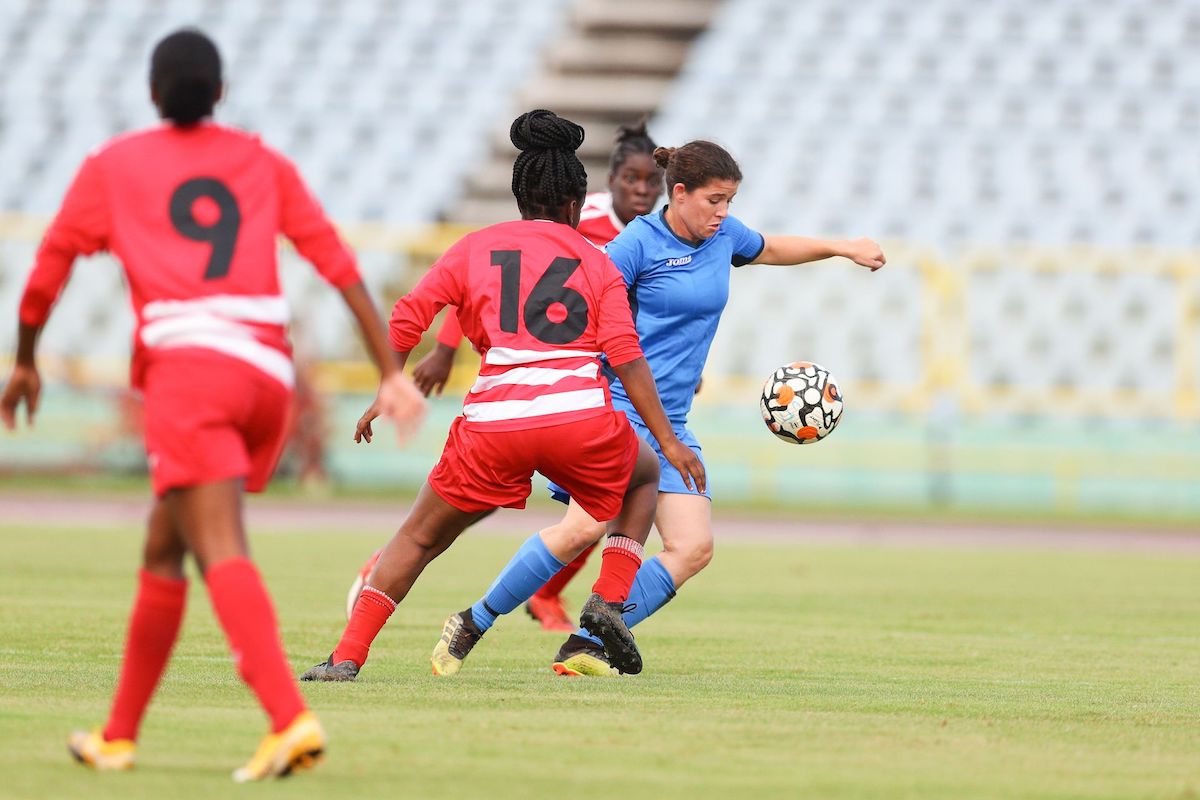 J’Eleisha Alexander and Talia Martin struck late in the second half to lead host Tobago Chicas FC to a 2-0 win over Queen’s Park Cricket Club in the lone remaining quarterfinal match of the T&T Women’s League Football (WoLF) Ascension Tournament at the Plymouth Recreation Ground, Plymouth, Tobago on Sunday.

With the win, Tobago Chicas set up a semifinal meeting with Terminix LA Rangers at the Hasely Crawford Stadium, Mucurapo from 4.30 pm on Wednesday, while Police FC and Defence Force face off in the second semifinal from 7 pm at the same venue with the winners to clash in the final at a date and venue to be decided.

The Parkites started the match in Tobago as favourites after a second-place finish in the four-team Northern Conference with six wins from their nine matches to end with 19 points, six adrift of table-toppers Defence Force and scorers of a league-high 58 goals scored led by the duo of Jessica Harragin and Ashlee Alonzo with 14 goals each, and ten from Orielle Martin.

However, at the end of the first 45 minutes, Tobago Chicas who topped the Tobago Conference with five wins from six matches, for 16 points, powered by Alexander with seven goals, and six from Martin managed to keep the visitors at bay.

And with the minutes ticking away it was Alexander who fired the home team ahead in the 70th minute, with Martin adding the insurance item, a minute from full-time.

The trio of Police FC, Terminix LA Rangers and Defence Force all booked their places in the semifinal with contrasting wins.

At the Hasely Crawford Stadium in Mucurapo, Police FC got a lone strike from former national youth captain Anique Walker in the 18th minute to slip past a spirited University of T&T (UTT) Patriots while Rangers got a goal each from Laurelle Theodore and Adanya Phillip to beat Club Sando 2-0.

However, for the semifinals, Rangers will have to do without the services of national goalkeeper Kimika Forbes who was issued a straight red card by referee Garfield Weekes for unsportsmanlike behaviour along with Club Sando’s Britney Cooper

The Army/Coast-Guard combination women secured their spot in the final four after they were awarded a win by default against Jewels of Tobago after the latter opted out of the competition due to the unavailability of players because of their commitments with their respective teams in the Secondary Schools Football League. Admission to the double-header is $20.