Dyke Reid netted with a minute left on the clock as Roxborough Lakers twice came from behind to earn a 2-2 draw with Sidey’s FC in the Tobago Football Association Premier Division on Wednesday.

National woman footballer forward Kenya “Ya Ya” Cordner and national bodybuilder Kelton Thomas were named the Top Sportswoman and Sportsman in Tobago for 2014 at Tobago House of Assembly (THA) Sports Awards at the Gulf City Mall, Lowlands on Sunday.

Youths Stars and Georgia FC remained tied at the top of the Tobago Football Association Premier Division after narrow wins in their respective matches on Sunday. 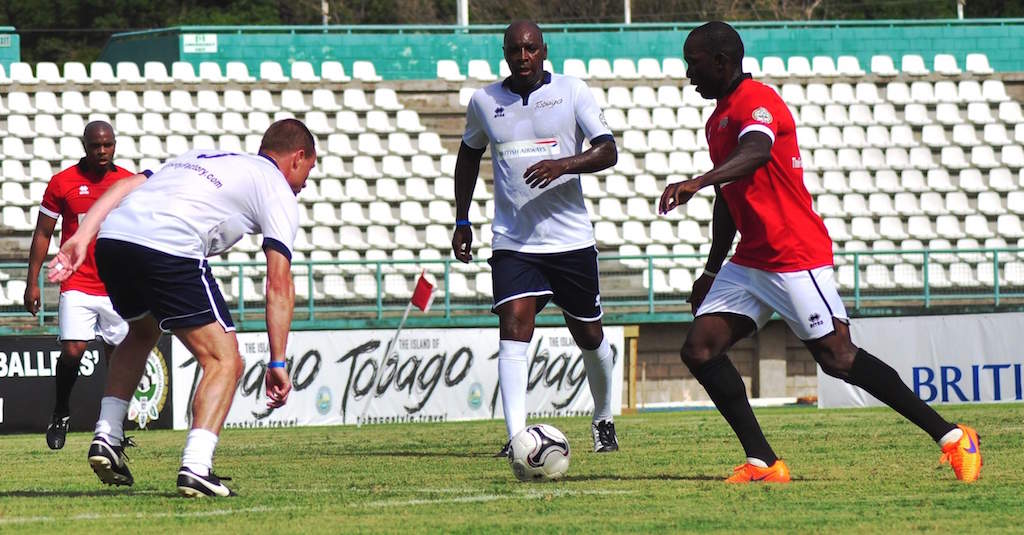 THOUGH FOOTBALLER Dwight Yorke laughs off suggestions of a future in politics in his home country of Tobago, his passion to rid the Caribbean island of its ills would have you believe the opposite.

CHAMPS Sidey’s eked out a 1-0 victory over lowly Earlbrokes, to stay top of the Tobago Football Association Premier Division.

MARVIN ANDREWS, the former Trinidad and Tobago footballer, was thrilled to play an instrumental role in Liverpool’s triumph, by a 3-1 margin over the Caribbean All Stars, in Sunday’s final of the Tobago Legends Football Challenge at the Dwight Yorke Stadium, Bacolet.

SHAKA HISLOP, the former Trinidad and Tobago football team goalkeeper and captain, was impressed with the staging of the Tobago Football Legends Challenge, which was held at the Dwight Yorke Stadium, Bacolet, Tobago last weekend.