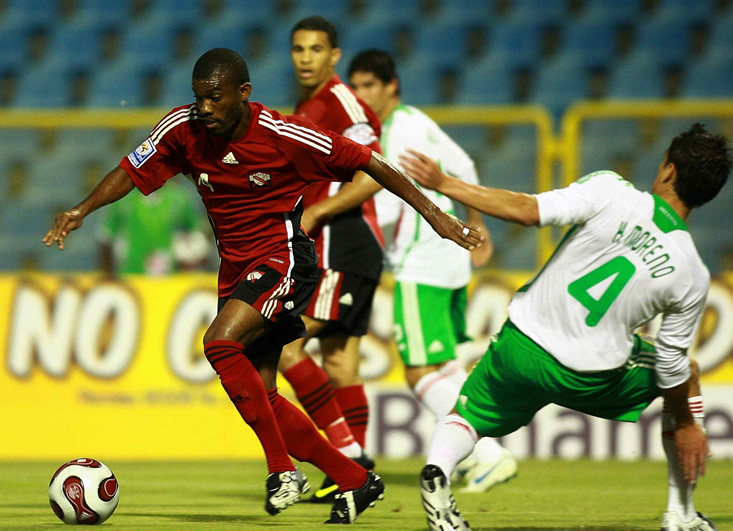 Joe Public and National Team striker Kerry Baptiste will join countrymen Stern John and Carlos Edwards and English club Ipswich Town as he goes on a one-week trial at the club which has expressed interest in signing him on loan.

Baptiste, scorer of 40 plus goals in the domestic season and a double versus Mexico in October, is excited over the opportunity to impress before Ipswich head coach Roy Keane.

“As a club, Joe Public Football Club has always been committed to getting players exposed to the highest level and uncovering football talent at grass roots level – as such, I am really looking forward to this opportunity to further my skills and put my club and country further on the International landscape,” said Baptiste ahead of his arrival at Portman Road, Ipswich, Suffolk
Mr. Joseph Sam Philip, General Manager, Joe Public Football Club, commented; “We’re always looking for possible opportunities for our players, youth and senior level, as well as to  develop and support the great football talent that our club, Joe Public FC, has to offer.”
“Apart from Barcelona FC and their winning of six titles, this is the only club that I can think of that has won more than Joe Public Football Club in one calendar year in recent memory and we are so delighted to be noticed from one of the more prestigious football clubs with rich history in the United Kingdom.”
Commenting on the initiative, CFU President and FIFA Vice President, Jack Warner, said; “This is the first of many initiatives with Joe Public Football Club and rest assured that the other soon to be announced initiatives shall be as equally as beneficial to Joe Public Football Club and club football in Trinidad and Tobago.”
“I would like to thank my corporate partners (bMobile, Francis Fashions Shoe Locker, Vemco, and Blue Waters Limited) for their continued assistance since none of this would have been possible without their assistance to Kerry and the rest of the lads at Joe Public Football Club during the 2009 season.”
Kerry Baptiste