THE struggle of women's football to gain equality in Trinidad and Tobago is never more evident that the current plight of the T&T women's national team which is generally considered as having its best ever chance of qualifying for a FIFA Women's World Cup.

The Trinidad and Tobago national women team’s bizarre preparation for the 2014 Caribbean Cup tournament will continue for at least a few days more as the “Soca Princesses” continue training with its squad and staff split between two continents. 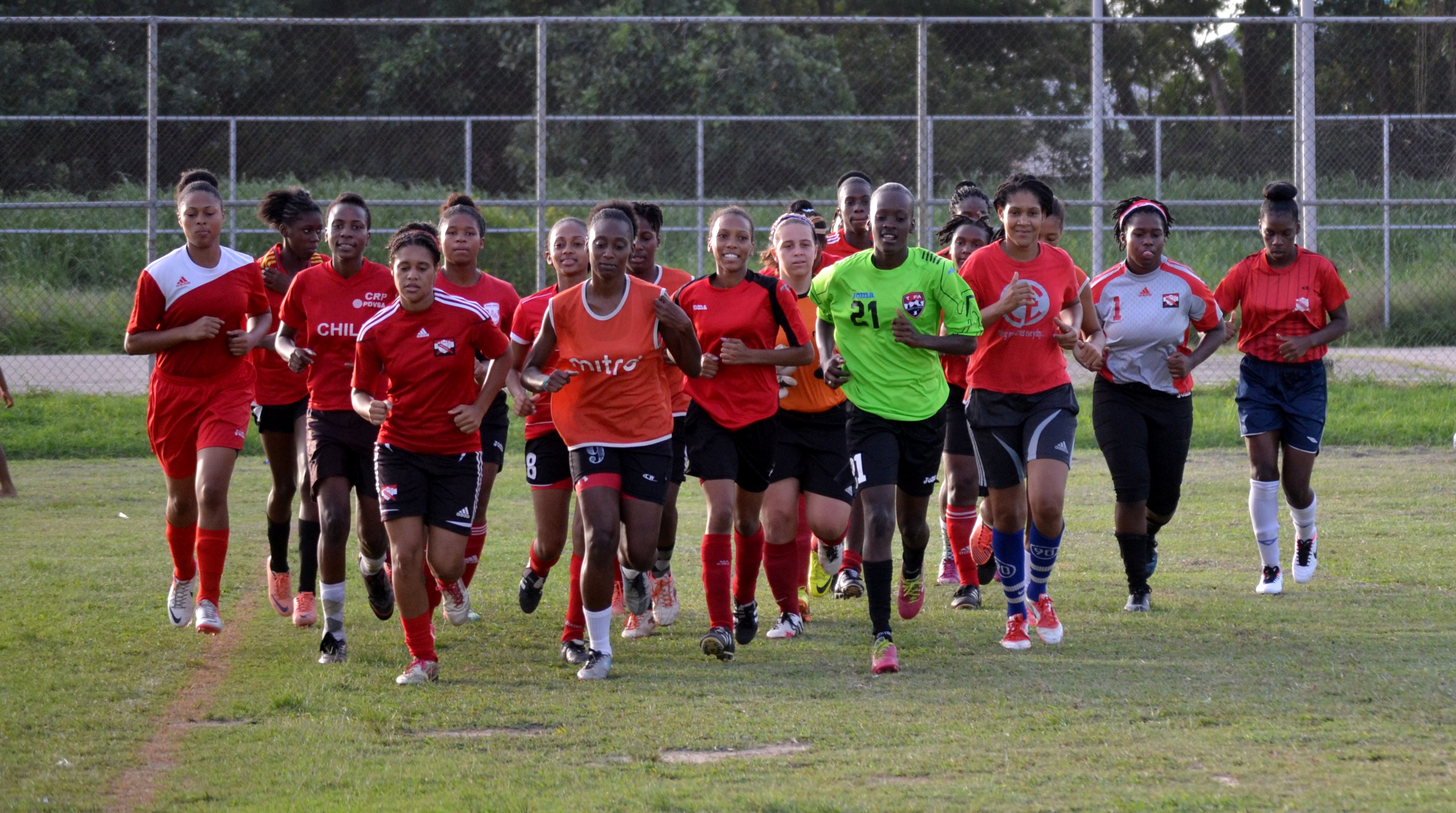 PASSPORT problems, visa, ticket and funding issues have temporarily stalled the departure of the Trinidad and Tobago national women’s football team to Houston, Texas, for a  one-month training camp.

The majority of players and staff of T&T’s senior women’s national football team, which will participate in a lengthy training camp in Houston, Texas, USA, have departed Piarco.

Trinidad and Tobago’s National Senior Women’s team will resume training on Friday at the Hasely Crawford Stadium ahead of the training camp at the University of Houston, United States.

THE TRINIDAD and Tobago women football team are preparing for a forthcoming camp in Houston, Texas, United States, as they get ready for the Women’s Caribbean Cup.

Venezuela got exactly what they wanted from a two-match international friendly series against Trinidad and Tobago; an opening match to give their younger, upcoming players experience, before adjusting, strengthening up and levelling the series at 1-1.

Despite a series of issues, including funding, Trinidad and Tobago senior women footballers are due to fly to Houston, Texas, this week for a training camp in which they will twice play the Mexican national women’s team.

A truce has been declared, and with a mere civil retraction for hurtful things said by the Trinidad and Tobago Football Association (TTFA), former women’s national team coach Marlon Charles will begin working with American Randy Waldrum to qualify the Soca Princess for the Canada 2015 FIFA Women World Cup.