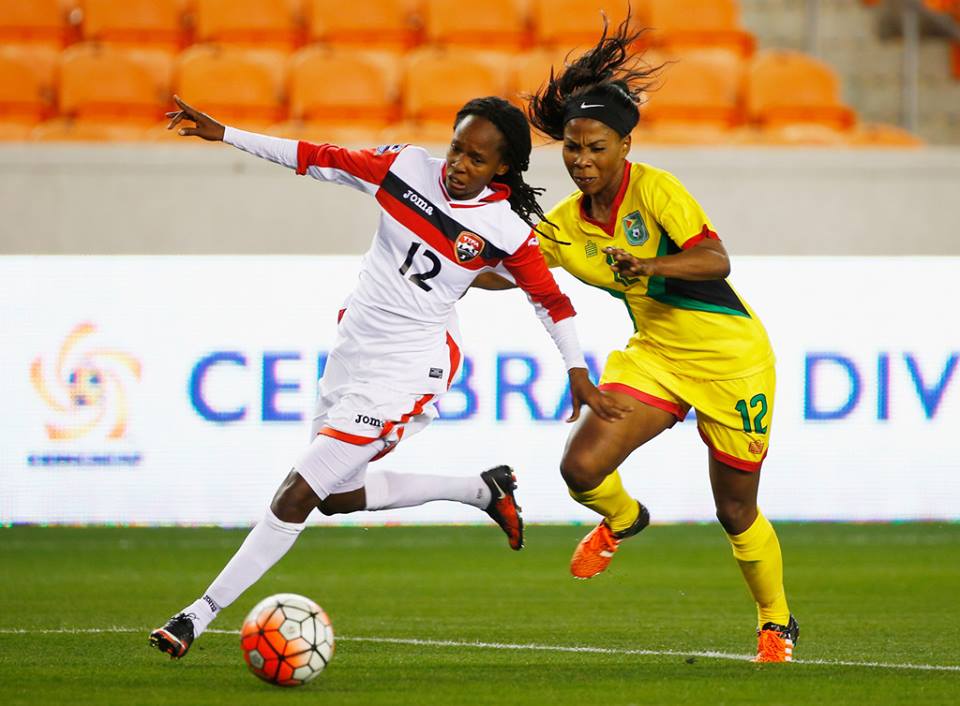 Shabazz hints at reinforcements for qualifiers

“Suddenly I have started to smile, I have not been smiling for a long time since I came back in women's football,” said T&T women’s head coach Jamaal Shabazz.

There was some uncertainty if he was speaking about his team`s 3-0 victory against Dominica on Monday evening or the excitement of adding more firepower to the squad in the near future.

He hinted, “We have found two… what I consider gems and we expect them to join the team in June and hopefully it will make the situation more competitive.”

Shabazz reflected on his team`s victory against a well-organized and resilient Dominica team.

“We are happy to get three points as we continue to move along. A good tactical game of defence by the opponents and we are happy to come out with three goals and three points. They showed intelligence that they can’t come and play open so they literally parked the bus and they did it well.”

He continued, “Too much of us were standing around waiting for the ball at our feet and generally there was a lot of disinterest in our players saying that the other team is backing off and not trying to play but this is an aspect of the game we need to learn.”

Shabazz commented on the goals scored from defenders Jenelle Cunningham (5th), Rhea Belgrave (36th) and a free-kick goal from midfielder Karyn Forbes in the (53rd).

“We fancy our dead-ball situations; we have three or four players who can really use it and we try to see it as a sure goal. We are confident that when we have free-kick or corners we are sure to get one in.”

Shabazz said it was evident that development is taking place in women’s football in the region over the last two decades. “When you look at the game between USVI and Grenada, the coaches of women football in the Caribbean are doing something. In this transitional period, I am so happy to have a Karyn Forbes, Tasha St Louis, Ayana Russell that can help the country through this transitional period.”

Dominica’s T&T-born head coach Rajesh Latchoo said in the post-match media interview, “Obviously T&T was the superior team, but we know what we were coming up against and I’m pleased with the girls for their effort because we only had three months to prepare and they saw that Dominica is resilient.” He continued, “We needed to be a little more alert by the forwards because we completed half the plan in the game.”

Latchoo, who held several coaching jobs in T&T over the years, said Shabazz is someone he has always looked up to.

He said, “Jamaal is one of my mentors; I have learnt a lot from him, I think he would be more disappointed in me if the team didn’t play with any kind of tactical discipline and I didn’t want to disappoint him.”

He added, “It was an honour to play against him, the young grasshopper against the master. It goes to show the teaching of Jamaal can help Caribbean football because this is what it is really about.”

T&T will have a rest day today and will be setting sights on St. Kitts & Nevis, who according to coach Shabazz, may be their biggest challenge of this group on Friday.

The fixtures today are St. Kitts and Nevis vs Grenada at 4pm, and USVI vs Dominica at 6:30pm at the Ato Boldon Stadium.