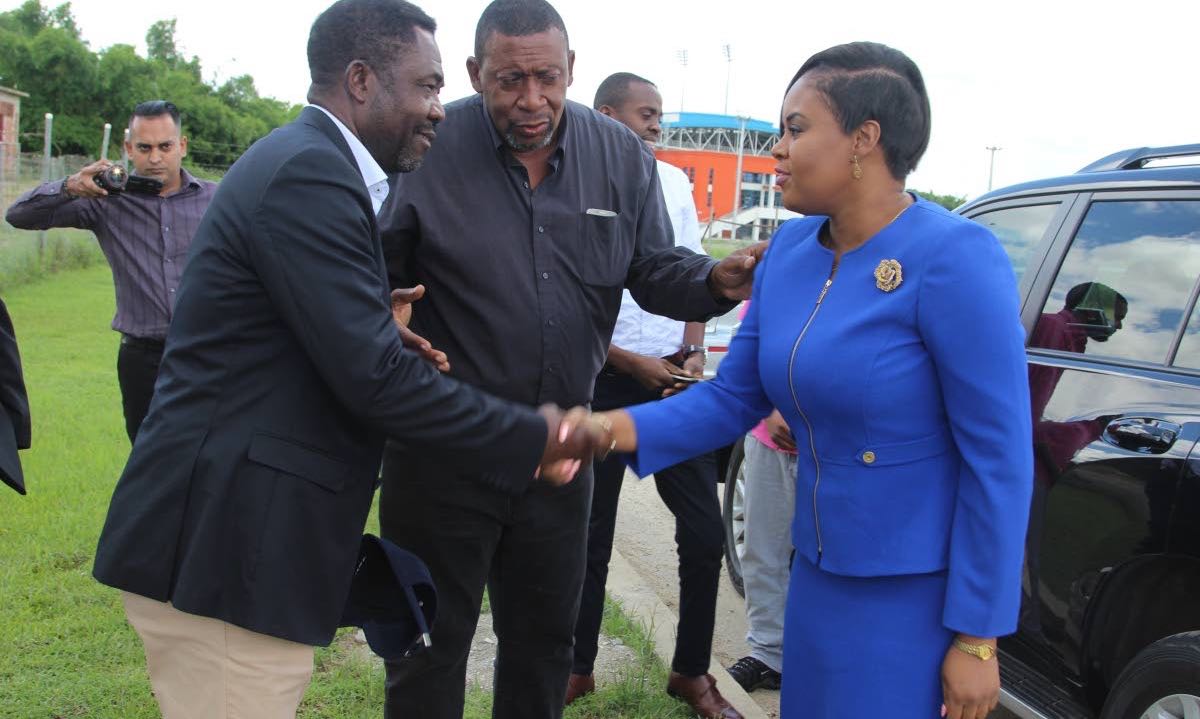 SHAMFA CUDJOE, Minister of Sport and Youth Affairs, has issued a warning to both the TT Football Association (TTFA) and the national women footballers that the recent scenario involving both parties must never happen again.

Two members of the national team, Lauryn Hutchinson and Arin King, took to social media last week to plead for support for the team, ahead of the CONCACAF Women’s Championship in the United States from October 4-17.

On Monday, the TTFA, in a media release, suggested team manager Jinelle James made a request to the Ministry for funds for an overseas camp, but James refuted that claim in a strongly-worded statement on Tuesday.

Cudjoe, via a media release on Tuesday evening, announced that the Ministry will provide a sum of $430,000, the full amount requested via a proposal submitted by the TTFA.

This financial assistance is intended to cover the costs of airfare, hotel accommodation, food and beverage, pre-training camp, medical and baggage fees, and other items, for the team and the technical support staff.

The Sports Ministry’s media release noted, “(Cudjoe) was informed about the many challenges faced by the players, including the matter of outstanding retainer fees owed to the players by the TTFA.

In response, the TTFA has committed to pay retainers fees to the players before their departure (to the US) on September 25, 2018.”

The TTFA will be invited to sign a Service Level Agreement (SLA) to ensure funds are properly disbursed and utilised, the media release added.

According to Cudjoe, “The welfare of these players is of paramount importance to the Government and people of Trinidad and Tobago. They are our flag bearers and we have a duty to ensure that they are treated with dignity, compassion and respect. It is in this light, that the Ministry extends the necessary support.”

She continued, “This national embarrassment could have been avoided, and must never be allowed to happen again.”

Earlier on Tuesday, Cudjoe met with TTFA president David John-Williams, general secretary Justin Latapy-George and other TTFA members at the Ministry’s office to discuss the details of the proposal.

“Cudjoe reminded the TTFA of the importance of proper planning, management, and leadership in the execution of its affairs, and further encouraged the TTFA to comply with the Ministry’s guidelines regarding the timely submission of financials, proposals, calendars and other relevant documents,” the Ministry’s release pointed out.