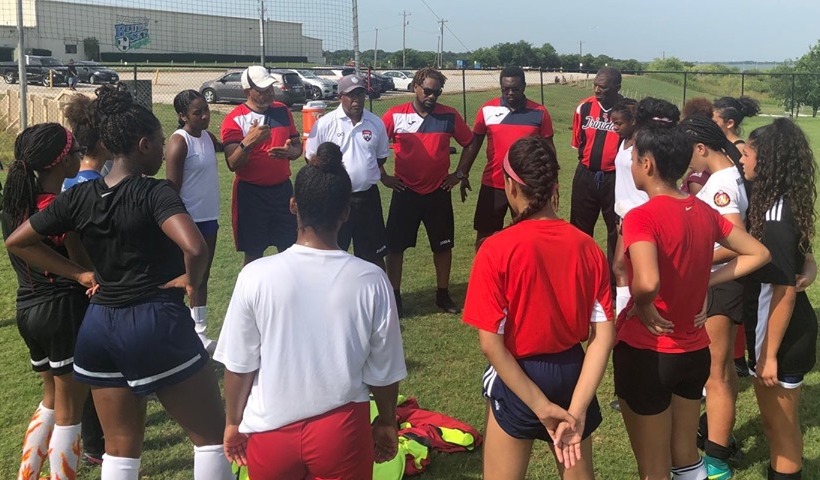 Trinidad and Tobago’s preparations for upcoming Olympic Qualifiers is coming along and is expected to be boosted by the including of some past national players as well as new recruits discovered by two Combined held in North America over the past two weeks.

This is the update coming from head of the National Women’s program Stephan De Four who is currently overseeing the preparation of the Women’s Olympic team for qualifiers which will be hosted in Trinidad and Tobago in September as well as the Under 20 and Under 17 Women’s qualifiers later in the year.

Combines for North American-based players were staged in Atlanta and South Florida last week and another was held in New York a few days earlier.

“The Combines in New York and Florida turned out really well with some good numbers turning out. The one in Atlanta wasn’t great in terms of the turn out but we were still able to discover some talent there. Overall I would say it was a successful venture with these combines in the three locations because we have discovered some capable players in all age groups who are all committed and eager about representing Trinidad and Tobago,” Defour told TTFA Media.

“The important thing for us was finding new players and establishing a connection with them as they are all coming in with a  good background having been enrolled in women’s soccer programmes in North America which means they have a good understanding of the game and have already been exposed to some level of training and development. We will continue to be in touch with these players with the idea of having the chosen ones come over to join the local group in preparations for the competitions we have coming up,” Defour added.

Regarding the upcoming Olympic qualifiers, Defour also commenced screening for home-based players and is continuing the process towards selecting a Women’s Team that will include senior players.

“The screening for Olympic team selection is ongoing. We had a good turnout in the first set of sessions and there was a solid turn out of current national players, players who have represented the national women’s programme in the past as well as players currently involved in the Women’s League (WOLF). I can tell you that we will have players involved who have played in the past but were not involved in recent campaigns. We are trying to select the best possible national teams to represent the country,” Defour stated.

T&T will host the Caribbean Group for the Olympic qualifiers from September 30th to October 8th. The other participating teams in the group include Aruba, Antigua/Barbuda, St Kitts/Nevis, Dominican Republic and Guyana. Only the Group winner will advance to the Final Concacaf round where they will join United States, Canada and Mexico along with two other Caribbean group stage winners and two teams from Central America. From that final round, the top two teams will advance to the 2020 Summer Olympics Women’s football tournament in Japan.