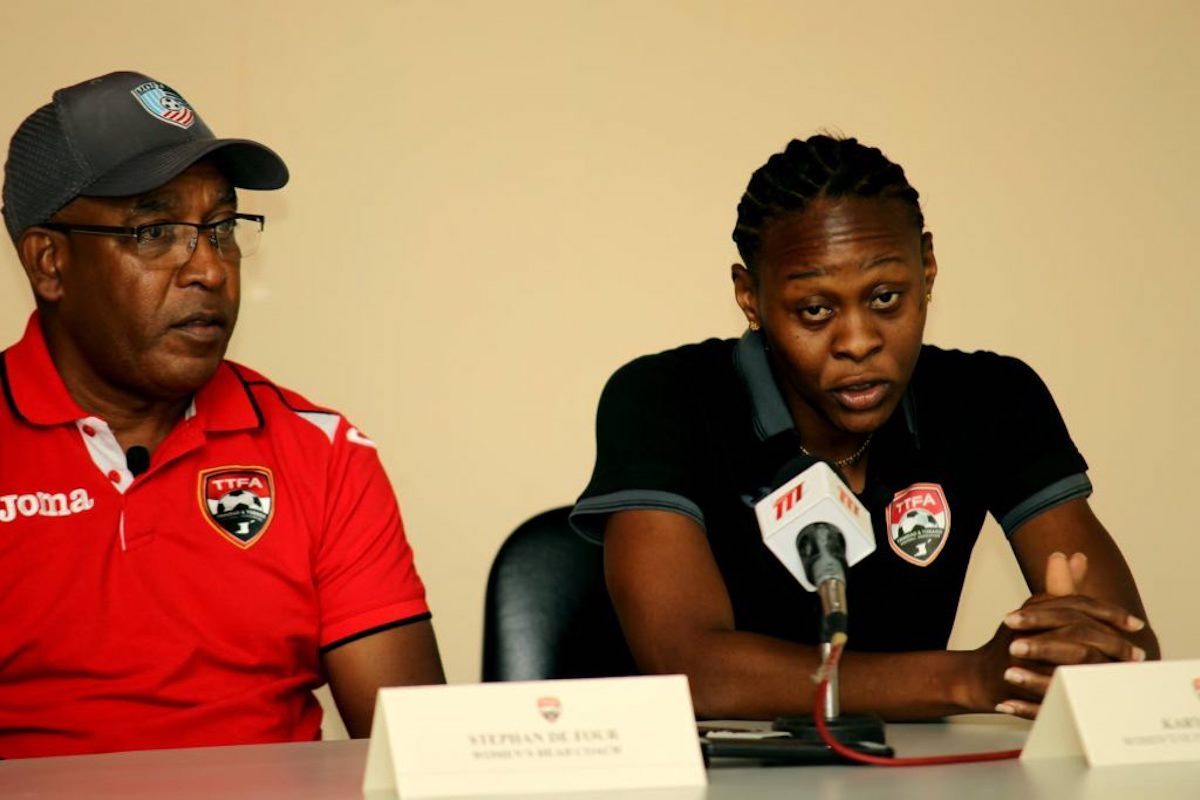 DeFour, who took up the post in July, was a controversial appointment as two members of the then T&T Football Association (TTFA) board – Women’s League Football (WOLF) president Susan Joseph-Warrick and T&T Super League boss Keith Look Loy, indicated the decision was not made by the board, under then-president David John-Williams.

The T&T Women’s team failed in their bid to advance past the Caribbean Football Union (CFU) Olympic qualifying round in October.

DeFour was informed about the TTFA decision by president William Wallace, on Tuesday.

According to a letter addressed to DeFour, “The TTFA board met on Saturday and a major part of the discussions centred around your current position as coach of the women’s programme. Based on the financial situation that the FA is faced with at this time, we have no choice but to quickly reorganise in many areas. One such area is the technical staff attached to all teams.”

The letter continued, “It is with a bit of a heavy heart that I have to inform you that we can no longer retain you as coach and sincerely thank you for your services rendered so far. We will arrange to discuss matters pertaining to the existing contract and outstanding payments.”

Ironically, Joseph-Warrick was elected as the TTFA second vice-president in November 24, while Look Loy is now the head of the TTFA technical committee.

When contacted on Tuesday, Look Loy said, “His (DeFour) was one of the contracts that was unilaterally given by John-Williams (shortly before the TTFA elections).

“A whole bunch of contracts that he unilaterally issued, without board approval,” Look Loy added.

Look Loy confirmed the technical committee is “still talking to prospects”, but it is understood that former coach, American Randy Waldrum, has renewed his interest in working with the current crop of T&T women’s players.