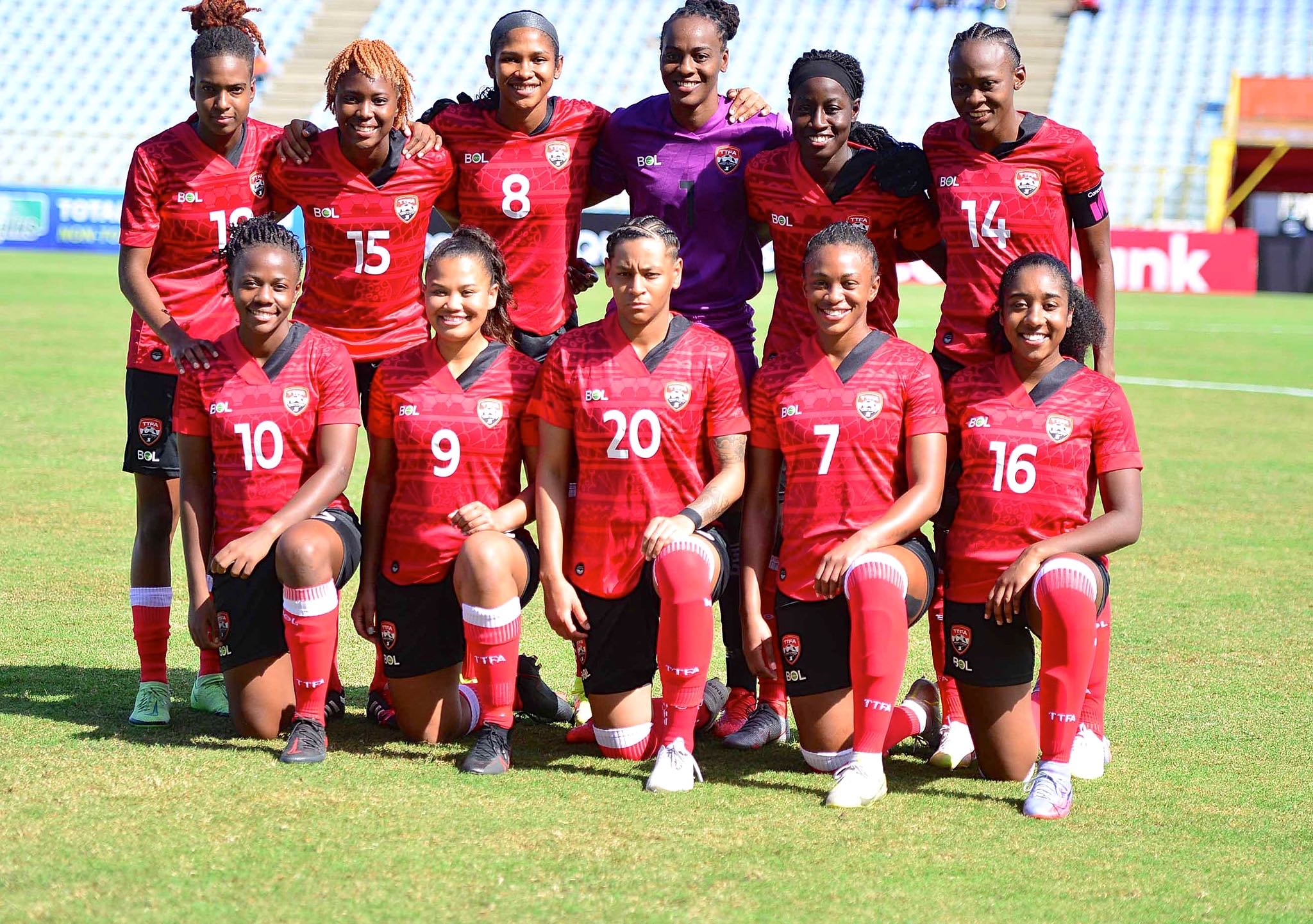 TRINIDAD and Tobago women’s senior footballers made it two victories on the trot in Group F of the Concacaf Women’s Championship qualification tournament with a 2-0 win over Dominica in Lenora, Guyana, on Sunday.

T&T won their opening match in the group with a 2-1 win over Nicaragua at the Hasely Crawford Stadium in Mucurapo, on Thursday in sweltering conditions.

T&T are second in the group behind Guyana on goal difference. Only the top team in the five-team group will advance to the next phase of 2023 FIFA World Cup qualification. The World Cup will be held in Australia and New Zealand.

On Sunday, the field was soggy at the National Track and Field Facility because of rain prior to the match.

From the opening whistle T&T looked more threatening in attack and created their first goal scoring opportunity in the tenth minute. T&T captain Karyn Forbes took a shot just outside the 18-yard box, but Dominica goalkeeper Christina Sobers made a great save to her right.

In the 17th minute, T&T’s Dennecia Prince ran onto a cross from the right side but could not find the target.

Two minutes later, Asha James had a chance to give T&T the lead but a tame effort was easily saved.

In the 20th minute, Sobers got injured and the players used the opportunity to take a water break.

Dominica were on the back foot for the majority of the first half attempting to hit T&T on the counter attack.

Forbes was at the centre of many of T&T’s attacks on goal. The T&T skipper attempted a free kick just outside the box in the 27th minute, but it was easily saved.

James jumped to attempt a header after Liana Hinds crossed the ball from the right side, but failed to connect. However, with a defender marking closely the ball fell to James’s feet and she slotted home from a few yards out.

James scored the opening goal for T&T in their 2-1 win over Nicaragua.

Sobers needed treatment again in the closing stages of the first half, laying down and using the ball as a pillow while waiting for assistance.

Five minutes after the second half kicked off Sobers dropped to the floor again as she continued to struggle with a leg injury. Despite walking with a limp she stayed on the field.

T&T continued to look more menacing in the attacking third and doubled their advantage in the 58th minute through substitute Maria-Frances Serrant.

Serrant received a through ball from Hinds and struck a half volley that found the back of the net. Sobers got a hand on the shot, but it had too much power and ball went into the far corner.

Both teams made multiple substitutes in the second half with T&T still maintaining control of the match.

Sobers’s valiant effort in goal for Dominica ended as she was replaced by Pearl Etienne.

T&T subs Maya Matouk and Serrant both created chances. Matouk attempted a volley at the top of the box that sailed over the bar, before Serrant struck a shot from inside the box past the far post with only Etienne to beat.

Alianne George was a bright spark for Dominica, causing some problems for T&T on the left flank.

T&T continued trying to add to their tally, but it ended in a 2-0 result.