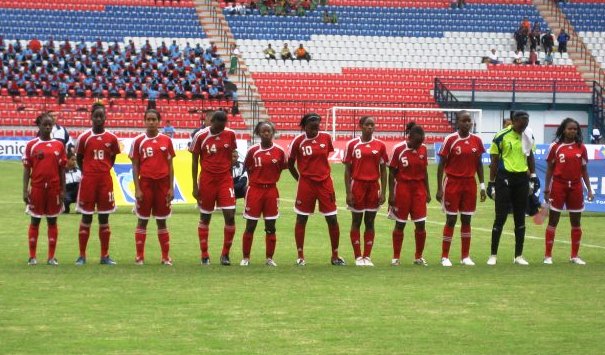 T&T senior women’s football team will come up against FIFA World Cup participants Colombia on the  opening day of the soccer competition at the Pan American Games in Guadalajara, Mexico, on October 11.

The match will be played on the artificial surface at the two-year-old, 50,000 capacity Omnilife Stadium in Guadalajara, Mexico, home to top Mexican club, Chivas de Guadalajara.

T&T will also face Mexico and Chile in Group A while Group B consists of Argentina, Brazil, Canada and Costa Rica. The top two teams in each of the four-team groups will advance to the semifinals, on October 25 with the finals (championship and bronze-medal match) two days later.

Currently, the T&T squad under coach Richard Hood is in training at both the University of the West Indies Ground, St Augustine (Mondays, Fridays and Saturdays); and Ato Boldon Stadium, Couva on Wednesdays from 4 pm.