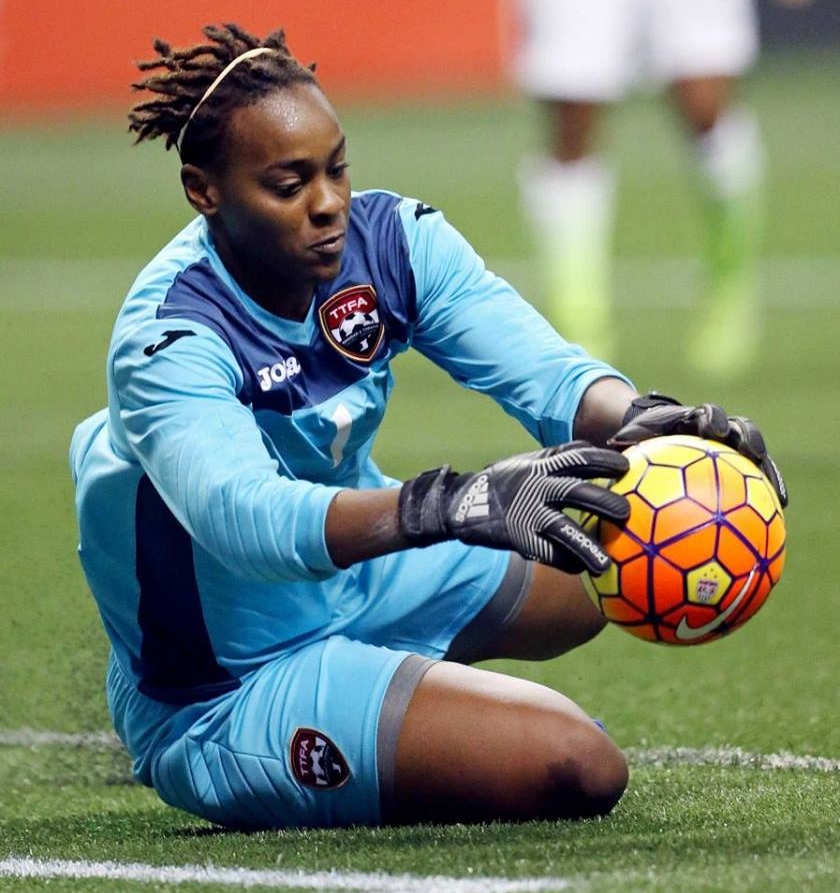 National senior women’s team goalkeeper Kimika Forbes is applauding her fellow women footballers for making a statement on the talent that continues to come out of the sister-isle.

Forbes has started all three games for the Women Warriors during the current CONCACAF Olympic Qualifiers in Houston and will be looking to produce another solid performance tomorrow against the United States similar to what she pulled off in the 1-0 loss to the Americans in 2014.

Like Forbes, her sister Karyn and striker Kennya Cordner are among players from Tobago who have excelled in the game with the likes of Trevin Caesar, Rundell Winchester, Daneil Cyrus and Kevan George to name a few also featuring on the men’s side following the footsteps of Dwight Yorke and Cyd Gray among others.

“We think it’s a great accomplishment for players like myself, Karyn and Kennya to be doing well in football coming from Tobago. Our aim is to inspire more players from the island to try and excel and to further their education and also move on to greater things,” Forbes said.

“Everytime we step onto the field for the national team it’s a statement and hopefully we can continue to be positive role models for others. Players like Dwight Yorke paved the way for us from Tobago and now we are hoping to continue this trend,” she added.