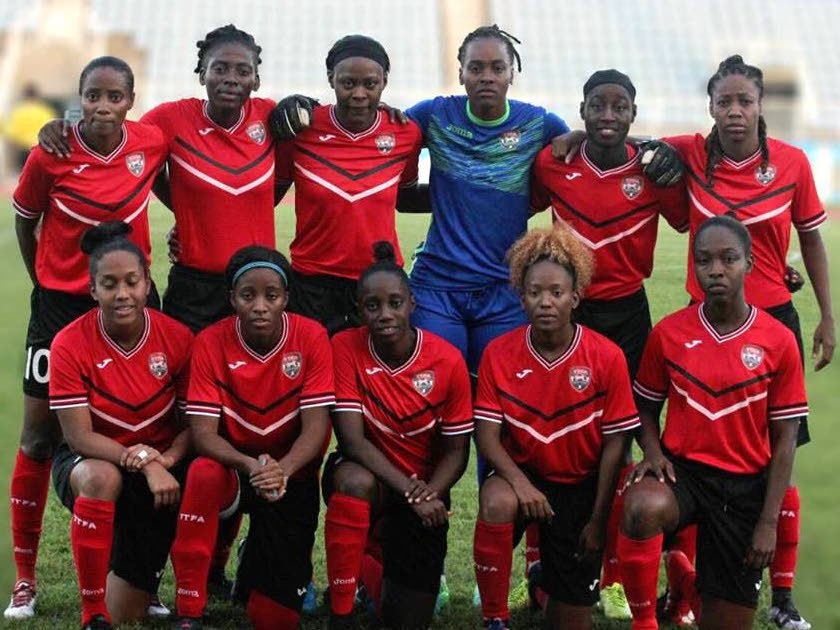 Panama’s Senior Women’s Team will arrive in Port of Spain on Tuesday evening ahead of two international warm up matches against Trinidad and Tobago at the Ato Boldon Stadium from 6:30pm on Thursday and at the Manny Ramjohn Stadium on Saturday from 4pm.

Panama are preparing for upcoming France 2019 World Cup qualifying action, just as Trinidad and Tobago and both teams will be entering their first bit of international action for the 2018 calendar. Currently an 18-player squad is in training under head coach Jamaal Shabazz and is captained by veteran Tasha St Louis.

With the two matches on the cards,  TTFA technical director Anton Corneal is optimistic that the T&T team will grab these two friendlies and use it their benefit.

“I think it’s two very good friendlies at this time of the preparation. We were waiting on two good games and they are in front of us now. Both teams are in the midst of preparations for their qualifying matches and the Panama team is also looking forward to these matches which I think shows that we can expect two very competitive games,” Corneal told TTFA Media.

“Panama from all accounts have advanced their programmes in tremendous fashion. Their men’s team have qualified for the Russia 2018 World Cup and now they women’s programme is taking off and they are looking to prove their worth. We on the other hand are looking to continue where we left off the last time around in 2014 and go one step further this time. We have not played regularly of recent but this also means that our ladies are very eager to step onto the pitch and kickstart their campaign for the World Cup in France next year,” Corneal added.

Team skipper St Louis backed up Corneal’s words, saying, “Yes definitely we are very,very excited and hungry for these two games. As a group we have been working very hard over the past few months. The FA has kept us together and now it’s a matter of us going out there and putting in the display in a match situation. We always know the importance of international matches and it’s a great opportunity to get the match time with these two games against Panama. Tickets for Thursday’s match are priced at $20 and will be available at the venue on game day. The same applies for the second match on Saturday in Marabella.

Meantime, St Louis and her teammates can look forward to some much welcomed additional international football as T&T have been named as one of the hosts for the upcoming Caribbean Football Union Women’s Challenge Series 2018. This is a separate tournament from the Concacaf Caribbean Women’s World Cup qualification which starts in May.

Twenty teams from the Caribbean Football Union (CFU) will be in the hunt for top honors in the CFU Women’s Challenge Series.The competition is scheduled for April and will be played across five venues. T&T will host one group at the TTFA Home of Football, Ato Boldon Stadium. Other groups will be played at Warner Park Sporting Complex in St. Kitts; UWI JFF Captain Horace Burrell Center of Excellence in Jamaica; Stade Sylvia Cator in Haiti and Antigua Recreation Grounds in Antigua.

CFU Interim President Randolph Harris said the Challenge Series addresses a dearth of competitive play for women footballers in the Caribbean and is a welcome addition to the calendar.

“This is both exciting and productive for our Member Associations. The respective women’s national teams have been itching to get off the mark for some time, so we are confident that the competition will redound to the benefit of the teams and football fans across the region,” Harris said.

T&T will play Suriname on April 25th, Grenada on April 28th and Guyana on April 30th.

The CFU Women’s Challenge Series will be played over a period from April 18-29, 2018. Medals will be awarded to the group winners and runners-up.