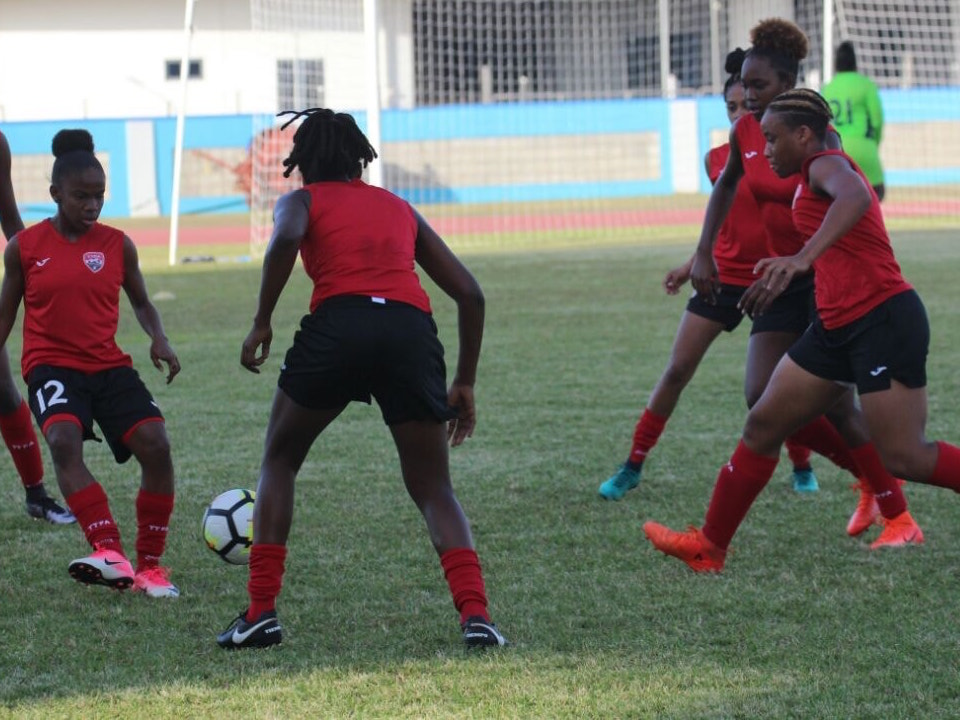 Trinidad and Tobago Women’s head coach is hoping for a fairly sizeable crowd at the Ato Boldon Stadium tomorrow evening when this country’s national team take on Panama in the first of two international friendlies at 6:30pm.

For a cost of $20, fans will be able to see the Tasha St Louis skippered team kickstart their 2018 campaign as they continue their preparation towards the start of the CONCACAF Caribbean Women’s World Cup qualifiers for France 2019. Both teams also meet on Saturday at Manny Ramjohn Stadium at 4pm.

According to Shabazz, apart from looking to see how well his team adapts to the physical demands of the match, he wants them to show up with a strong mental attitude in front of their home fans.

“What we are looking for from this game on Thursday is to see the girls put down the boogie of playing at home, the nervousness, as it’s going to be a tough opponent. We’ve got to get them accustomed to playing in front of their home crowd and being able to take that tension and that type of pressure,” Shabazz told TTFA Media.

“We are looking to see how they try to play in the game and implement some of the things we’ve done in training.

“Of course it’s everybody wish and dream for us to qualify for the World Cup.But more importantly these games are also to help us widen our pool and to show how have they adapted tactically and physically to the demand of international football,” Shabazz added.

Janine Francois, one of the surviving members the 2014 squad that narrowly missed out on qualification for the last Women’s World Cup, is excited about the team’s upcoming campaign.

“I’m excited and all the girls are really looking forward to these two games and then the two tournaments coming up. We’ve been working constantly over an extended period and now it’s up to us to show it on the pitch. I think these games will give us a very good test to see where we’re at and hopefully the exercise will turn out to be beneficial for us,” Francois said.

The Panama team trained at around 4pm at the venue prior to T&T’s late evening session at the TTFA Home of Football. Panama’s best showing in regional competition was a quarter-final finish at the 2006 Women’s CONCACAF Gold Cup.