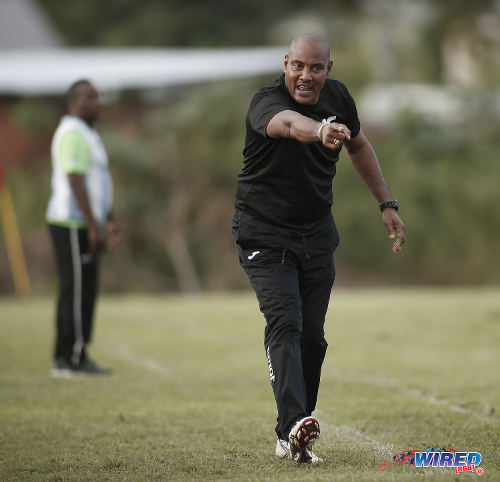 The Trinidad and Tobago Football Association’s (TTFA) board of directors is split down the middle over the body’s attempt to appoint Shawn Cooper as head coach of the Women’s National Senior Team without a board meeting.

At present, there are 12 active board members—inclusive of TTFA president and board chairman David John-Williams and his vice-presidents, Ewing Davis and Joanne Salazar. And, as of this evening, six members have indicated that they were not prepared to rubber stamp Cooper’s appointment without a formal meeting.

Article 36(j) of the TTFA constitution stipulates that the board “shall appoint the coaches for the representative teams and other technical staff.”

However, technical committee chairman Richard Quan Chan, who is also the Southern Football Association (SFA) president, suggested that board members do so via email.

Keith Look Loy, the Trinidad and Tobago Super League (TTSL) president, immediately shot down Quan Chan’s proposal on several grounds and insisted that a board meeting be held.

The remaining board members who have not weighed in so far are: Anthony Moore (Tobago FA) and Wayne Cunningham (Eastern FA).

The TTFA has not held a board meeting since June while John-Williams did not attend their last attempted meeting on Wednesday 29 August, which ended without a quorum. According to the constitution, the “president shall convene the meetings of the board of directors at least once every two months.”

Partap, a former UNC MP for Couva/Manzanilla, was the first board member to back Look Loy.

“I am in complete agreement with Mr Look Loy on this issue,” stated Partap, via email to the TTFA board. “I [would] like to know who were the other [coaching] applicants? Who are are the members of the committee? When was the board appointed and was there a quorum?

“And is this how we deal with important issues affecting football in this country? Call a board meeting now.”

Quan Chan, in a direct response to Partap alone, gave some insight into the selection of Cooper as well as the exclusion of technical director Anton Corneal, who served as caretaker coach for the Women Soca Warriors at last month’s Caribbean Championship.

“In a meeting last week, Mr Corneal […] indicated his willingness [to] continue if he is paid a tidy sum of money and the FA will receive a pre action protocol letter shortly,” said Quan Chan. “Shawn Cooper was the assistant coach for the team [that] went to Jamaica and already [has] some knowledge of the players and the style they play, I thought it was the best fit at this time…”

The technical committee chairman—whose appointment has been deemed illegal by Look Loy—urged Partap to support Cooper’s appointment by email, in the interest of time.

“Colin (sic) in every aspect of life we are faced with the politics of different situations and personally I try as much as possible to keep focused on the task,” said Quan Chan. “In this instant we have serious time constraints and a lack of funds…

There is not (sic) disrespect intended in my approach but my focus was and is the preparation of the National Ladies Football Team.

“[…] While it might have been best for a board meeting to be convened I do not have the authority to so to do.”

Although Quan Chan pointed to time as a key factor, the Women’s Team returned to Trinidad since 3 September—which meant he and/or John-Williams had nine days to draw up a shortlist of candidates to present to the board. Several board members said they were prepared to attend a meeting on the appointment of a women’s coach within 24 hours, if necessary.

Quan Chan’s claim that he does not have the authority to call a board meeting to formally propose Cooper as head coach, also suggests, arguably, that John-Williams is unwilling to do so.

The TTFA president has refused to respond to Wired868 on local football business. Some board members appear to also have difficulty in getting straight answers.

Taylor urged general secretary Justin Latapy-George to set the date for another board meeting as soon as possible.

“Matters are not being constitutionally addressed and this cannot continue,” stated Taylor. “Requested information, decisions that have being announced and several other concerns of members need to be addressed and the refrain of ‘noted or acknowledged’, must be considered an insult at this time.

“The proper and right place to discuss and decide on these several important issues is at a board meeting.”

“I am in full support of my fellow board member Mr Keith Look Loy’s stance,” said Warrick, the WoLF vice-president. “All the Board members must be made aware of all the applicants and meet to decide the best choice available.”

“I too am very interested in when the next meeting would be held,” said Baptiste, “as I think that there are very important things that need to be discussed as a Board. And given that [today] would make it two weeks since the last meeting was called and did not come off due to the lack of a quorum.

“I look forward with anticipation for the new date.”

Williams (K) told the Latapy-George that he did not want to be party to a violation of the constitution, as he referenced article 36(j).

“I write this email as a reminder that we must be guided by the constitution,” stated the NFA representative. “If the appointment is in fact true, this is in violation of TTFA constitution as it states that appointment of coaches should be done by the Board.

“[…] My humble suggestion is that a board meeting is called to rectify this situation and the other issues that are currently plaguing the organization.”

Quan Chan, John-Williams and his vice-presidents apart, the lone show of support so far has come TFA representation, Moore, who said: “I have no objection to the recommendation of the technical committee.”

At present, the Women Warriors have 22 days before their opening 2018 Concacaf Championship fixture against Panama on Thursday 4 October in North Carolina, USA. Trinidad and Tobago are drawn in Group A along with Panama, Mexico and the United States.

The Concacaf tournament serves as the qualifying series for the France 2019 Women’s World Cup, with the top three nations in the confederation automatically advancing to the FIFA tournament while the fourth placed team head into a play off with South America’s third place finisher.