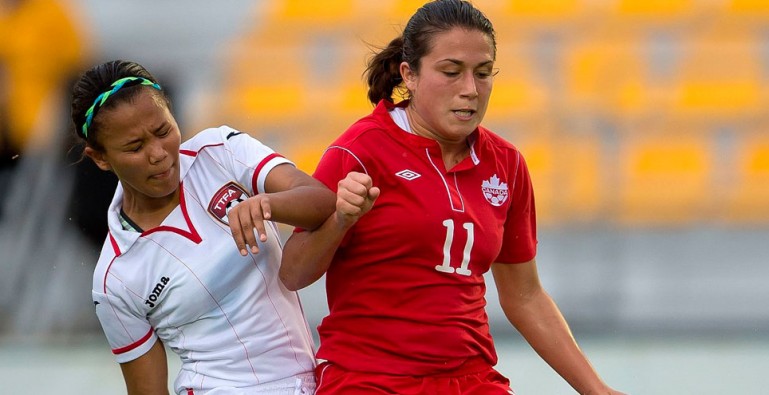 He captained Queen's Royal College in 1989, was a member of the North zone winning team two years earlier and also represented Trinidad and Tobago youth teams at Under-14, Under-16 and Under-19 level.

Well, his daughter is Amaya Ellis, the national Under-15 girls team midfielder, who scored in T&T's 2-0 win over Honduras last Wednesday.

After leaving Trinidad and Tobago, Ellis went on scholarship to James Madison University in the United States, married and had Amaya.

"I currently work for a German company as the head of human resources. I am on an ex-pat assignment in Germany for the next couple of years," father Mark told the Express.

Only 14 years old, Amaya has played at the highest youth girls levels in Europe, USA and the Caribbean and on the international level, she has already earned more than 15 international caps for T&T youth teams (U17 & U15). She has also served as team captain.

Amaya was born in Elgin, Illinois, United States, but currently lives in Frankfurt, Germany where she plays club football with FFC Frankfurt, one of the most prestigious female clubs in Germany.

She is attached to their Under-15 team and given her dual nationality—Trinidad and Tobago and USA—Amaya chose to represent T&T at the International youth level. She formerly played for Campton United SC in the USA.

Amaya can be described as an experienced and versatile player who is comfortable playing in either defence or midfield. She is expected to compete for a spot on the FFC Frankfurt Under-17 Junior Bundesliga team for the 2014/15 season. The team currently boasts a number of German and other national youth team players in their ranks.