Less than a month after launching its ticket sales campaign, the Local Organising Committee (LOC) for the Fifa Under 17 Women’s World Cup has confirmed record-breaking sales. The TSC was launched earlier this month and already deputy CEO Nataki Kerr says the sales figures have “exceeded all expectations.” “Our ticketing department formulated a number of possible sales target points to determine the success of the campaign. I am pleased to report we have reached our target goal for the month of June.”

The Local Organising Committee (LOC) for the Fifa U-17 Women’s World Cup will be taking control of various football venues around the country from August. This will be to ensure that the stadia and training pitches to be used for the World Cup, which takes place in T&T from September 5-25, are well prepared for the event. According to Deputy Chief Executive Officer (CEO) of the LOC, Nataki Kerr, the venues, including the Hasely Crawford Stadium, Mannie Ramjohn Stadium and training pitches such as QRC Grounds, are to be renovated by the government before the LOC are given the keys to them. 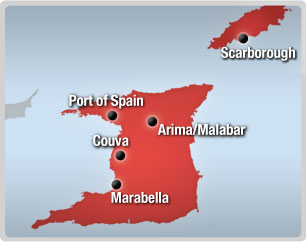 Trinidad and Tobago’s Under-17 women hardly had the luck of the draw at the Hyatt Regency on Wednesday night, as they were pooled in Group A, along with defending champions Korea DPR, better known as North Korea.

The Under 17 Soca Princesses will begin a live-in training camp at the Centre of Excellence, Macoya on Friday which will last until the end of their Fifa Under 17 Women’s World Cup campaign. 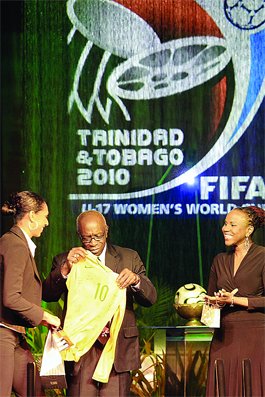 West Indies cricket icon Brian Lara, president of the Local Organising Committee of Germany’s FIFA U-20 Women’s World Cup Steffi Jones, Trinidad and Tobago’s boxing sensation Ria Ramnarine and hockey superstar Stacey Siu-Butt are in the star-studded cast of athletes expected to grace the stage of the Draw Ceremony of the FIFA U-17 Women’s World Cup Trinidad and Tobago 2010.

The upcoming Fifa U-17 Women’s World Cup (WWC) will have the full support of the sports ministry and the government by extension, according to Stacy Roopnarine, Parliamentary Secretary in the Ministry of Sport and Youth Affairs (MSYA).

One month after launching their volunteer programme for the FIFA U-17 Women’s World Cup Trinidad and Tobago 2010, the Local Organising Committee for the event is claiming that the number of applicants has already exceeded expectations. 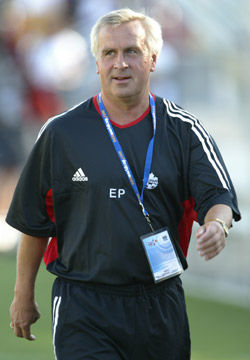 With tiny Trinidad and Tobago granted hosting rights for the upcoming 2010 FIFA U-17 Women's World Cup, it suddenly became time for the sun-splashed dual island Caribbean nation to get serious about women’s football. Strangely enough, the enthusiasm which precedes a World Cup tournament, especially when one’s country is actually involved, has not begun here, although the team of young women are being taken through their paces for the past few months.