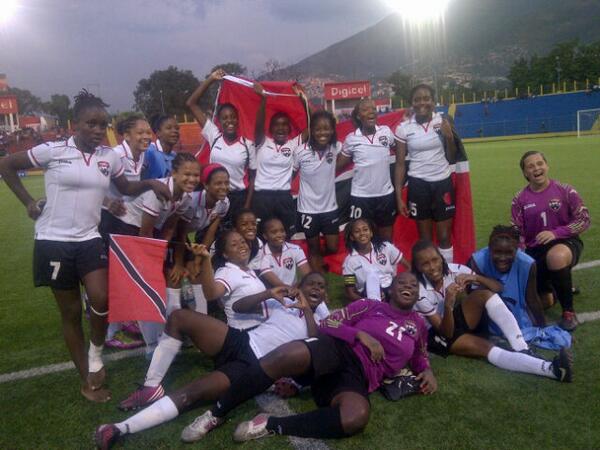 Trinidad and Tobago have qualified for the finals of the 2013 Caribbean Football Union (CFU) Women's Under 17 Final, after defeating Puerto Rico in the first semi-final at the Sylvio Cator Stadium in Haiti.

In a scoreless first half, Trinidad & Tobago’s best chance came from Corel Carmichael who broke through the Puerto Rican defence in the 25th minute, but her effort was well saved by Yeishalee Berrios in goal.

The Puerto Ricans, however, were dealt a blow when Lopez Crespo was substituted in the 41st minute due to fatigue. Puerto Rico broke the deadlock in the 48th minute when Monica Ocasio delivered a corner into the goal area and Captain Marjorie Martinez volleyed home.

Trinidad & Tobago’s Soca Princesses needed a lift and they got it in the 69th minute when their captain Zoe Swift stood just inside the 18 yard box and blasted the ball into the roof netting of the Puerto Rican goal to level the score at 1-1.

At the end of 90 minutes the game was tied at one goal apiece, and 30 minutes of extra time had to be played to determine the winner. Trinidad & Tobago’s Dennecia Prince delivered a free kick into the goal area which was taken by Swift, who in turn passed the ball to Carmichael who easily hit past Berrios in the 95th minute.

Four minutes later, Shanelle Arjoon placed a corner which Maya Matouk headed into goal to make it 3-1, and Prince put the final nail into Puerto Rico’s coffin when she scored from a volley (90+18) to take the Soca Princesses into Sunday's final.