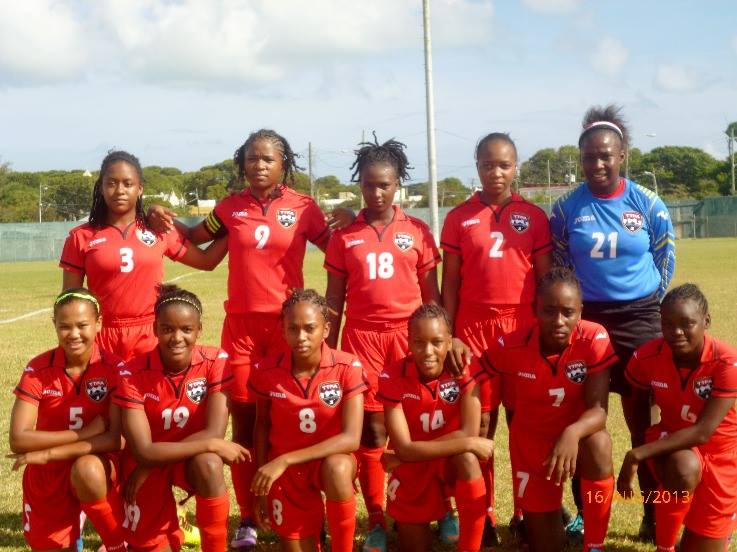 Alex Alamandoz, father of national women’s Under-17 team goalkeeper Rebecca Alamandoz, believes that the local women’s programme can provide an excellent avenue for young females to improve their wellness and education status.

Alex was among the several parents who turned up at the Piarco International Airport on Tuesday to welcome the team members on their return from Haiti where they captured the Caribbean U-17 championships and qualified for the Concacaf Final round towards the 2014 FIFA U-17 Women’s World Cup.

“Football for girls and women is an excellent way for them to maintain a healthy lifestyle and make us of opportunities through the game for further education,” Alamandoz said.

He acknowledged the support of Sports Minister Anil Roberts and the Sports Ministry to the T&T team but feels that more can be done.

“We are thankful for every bit of support but of course there is always room for more to be done. We would like to see these girls comfortable and provided with a fair chance when they have to compete against the rest of the Concacaf region,” he said.

“They’ve sacrificed a lot and their hearts are in it and we the group of parents are behind them one hundred percent.”

The TTFA has received ongoing support from Roberts and his Ministry and the Sportt Company which covered the expenses for the U-17 team dating back to their opening qualifier in St Croix two months ago. Sportt also provided a sports psychologist Kamasha Robertson to accompany the team in Haiti and the players also underwent supervised classroom sessions relating to their school assignments.

Their next football assignment is in Jamaica from October 30 where they will compete with seven other teams including Mexico, United States and Canada among others for two spots at the U-17 World Cup in Costa Rica.

National U-17 women’s team player Shenelle Arjoon, who was adjudged the Most Valuable Player of the just concluded Caribbean U-17 Women’s Championship in Haiti, says that the team got stronger after their 1-0 loss to Bermuda last month.

T&T kicked off the final CFU round in fine style with a 10-0 hammering of Grenada but they suffered a shock 1-0 defeat to Bermuda.

“The game taught us some lessons and we decided that there was no way anyone else was going to beat us in the tournament,” Arjoon said on Tuesday on her return home with the rest of the team which is led by head coach Marlon Charles.

“We believed in our ability and we stuck together as a team. We were doing a lot of talking in the hotel and we were prepared to go the distance. Now we will try to improve our game and become even better for the next stage in Jamaica,” Arjoon added.