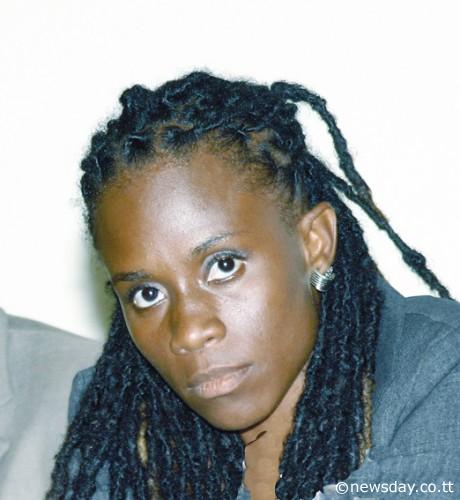 JINELLE James, manager of the national Under-17 women’s team yesterday described an incident involving a male member of the TT staff and a female player during a recent trip to Jamaica for the final round of the Concacaf Women’s Under-17 Championships as, “unfortunate and sad”.

The national team returned home on Tuesday evening following a dismal campaign that saw them lose all three of their group matches which ended their chances of qualifying for the 2014 Women’s Under-17 World Cup.

Reports later emerged that there was an incident that occurred at the team hotel in Montego Bay which was reported to team management by a female player. James yesterday denied, however, the initial report that the man allegedly exposed himself to the player at the hotel room. She was however unwilling to reveal what exactly transpired.

“This is the first time I have had to deal with such a situation. It’s quite disappointing that something like this happened. Overall with relations between players (and management) it will hurt because people will be uneasy because they don’t know who they can trust. The person had been really helpful with the team in the past...It’s really an unfortunate, sad situation,” James said.

Asked how the parents of the national footballer are treating the situation, the team manager said, “No parent would like to hear about that situation involving their child and we have told them we support them fully. It’s not something we are trying to sweep under the rug.

Whatever they chose to do then that is their right but, we have a protocol we have to follow,” she explained.

James revealed that she has submitted a full report to Sheldon Phillips, general secretary of the Trinidad and Tobago Football Association (TTFA) about what allegedly took place in Jamaica.

“I did submit a report to the TTFA authorities and from there on they will take over. We have to follow certain protocol especially because it is a minor. I officially completed and submitted it last night (Wednesday). It was myself and Mr (Anton) Corneal who had to submit reports,” she explained.